Stuart Stilton is a demon, he never liked how his father ruled the kingdom, but he couldn't do anything, so he was always in the roses garden, with the hope that someone could stop with all of it.Bookmark here

When he was about to get up from the bench in front of the exit door, a portal was opened in front of him and a little girl got out of there. Without knowing exactly what to do, he got closed and realized that it was a human, so he stepped away. She looked up and smiled happily, then she looked around and asked:Bookmark here

"Am I in the demon kingdom?" that question took him by surprise, he wasn't expecting that she would ask that to him.Bookmark here

"Yeah, and you are in danger," he said trying to push her into the portal. "Why are you pushing me?" she asked but he didn't answer and continued to do it.Bookmark here

"What is your name?" she asked curiously, "My name is Rose Dalton, It is a pleasure to meet you."Bookmark here

"You are a strange human!" he declared smiling "My name is Stuart Stilton, now go away."Bookmark here

"Young prince!" someone shouted behind him, it was the royal guards.
Bookmark here

"You are in danger, please go back home," he said before giving the last push and she disappeared with the portal. "My lord, you can't be here alone!"Bookmark here

The boy looked at the guard's eyes and the man didn't say anything else, understanding the answer. While he was walking he looked back and stopped when he saw a flower different from the others, it was white.Bookmark here

Curious, he went back and took her with him. While he was walking he smelled the flower and smiled, it had the same smell as the girl.Bookmark here

"Why are you smelling that flower?" the guard asked and the boy only sighed happily, did he got interested in that little girl?"Bookmark here

After years, he couldn't find out where she was from and every time he went looking for her, it would always get attacked by the priests and mediums and because of that he stopped looking for her and started to hate humans, it was their fault that he couldn't fond that girl and he didn't accept it.Bookmark here

After he got king, a lot of responsibilities got on him and he didn't have any free time, mostly because they were fighting against a human kingdom and they were having a lot of downs.Bookmark here

One day, he was in his office, looking to the flower in his drawer that it was still fresh until one of his men entered the room panting, he looked like he had urgent news.Bookmark here

"There is a human girl in the rose garden." the man said and Stuart started to run to the garden, without caring the looks the people were giving to him, he had to confirm if it was that her, he wanted to see if she was doing fine.Bookmark here

When he got there, the girl was held down by two guards and was fighting against their hold but when she saw Stuart her eyes shined and she started to call him. He was about to say to let her go but the words didn't get out, what he said was completely different from what he wanted, but he wanted to think of his kingdom even if he had to sacrifice his love.Bookmark here

"Why are you doing this Stuart? Please, tell them to let go!"Bookmark here

"What do we do majesty?" asked the guards looking at the prince, "Put her in the dungeon." the king said before he walked away from there, he didn't want anyone to see him cry, he was the ruler of that kingdom and couldn't show weakness, especially because of a young girl, no matter how he felt about her. Bookmark here 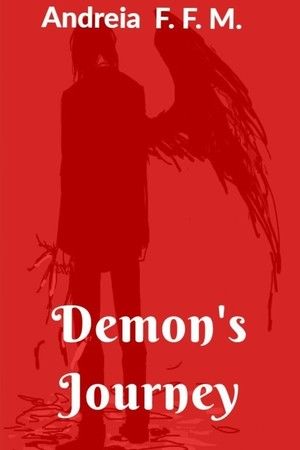