When Master Battlemage Torben left his mansion, he had left in a hurry. A courier had informed him moments prior that his presence was requested by an elder, adding no further details to the matter.

Torben knew what that meant. He had been summoned for an emergency meeting. Perhaps there was a last-minute change of plans, perhaps there was an information leak, or perhaps it had to do with the strings of thievery that had occurred within the city as of late.

Torben thought that the last one was the most likely reason. Whispers of something being stolen or some place being infiltrated were heard every other day recently. Even the most dull-minded of mages could tell that something was stirring.

With the frequency of these incidents, it was clear that it could not be the doing of a single thief. It had to be the deeds of many. Torben knew that well. After all, it was he who had sent his apprentices out to discreetly 'acquire' the resources they might need in the upcoming expedition. Still, promising scouts and assassins these battlemage apprentices were, the thievery had been too frequent. Someone else out there must have had the same idea as him. Perhaps more than one even.

This got him paranoid, more so than usual. As such, when a slime tripped his alarm the other day, he began to suspect that he had been targeted. Normally, after ten or so days of nothing occurring, he would have begun to think that perhaps it was just a glitch in the slime's behavioral matrix that caused it to enter restricted areas. Such occurrences were not rare, after all, and even mages cannot worry about every single thing. They could try, but the result tends to be ruination. Even so, Torben could not help but suspect that something was off.

Even while rushing to this emergency meeting, Torben regretted not assigning someone to watch the house that night. He simply couldn't find it in himself to trust anyone, not even his most trusted of apprentices. However, he was beginning to have second thoughts. He was becoming more willing to gamble with this trust rather than leave his home completely defenseless. It was fortunate for him then, that he ran into a pair of his apprentices while on his way.

Even in their earlier days, the pair showed great promises as battlemages. Diligent and obedient, the two quickly won favor from Torben and eventually became two of his most trusted apprentices. On this night, catching a glimpse of them on the street, sweat-covered from what appeared to be late-night training on the training grounds, Torben felt his worries melting away. A solution had been found for his problem.

And so, at their master's request, the pair of battlemage apprentices, Henrich and Barnaby, made their way to Torben's mansion. They were to housesit until the master returns, by which point they'll be rewarded greatly for their troubles.

It was upon their arrival that they sensed something off. The Aether density in the air was simply far too abnormal for them to ignore.

At that moment, they knew. They realized that their master's paranoia was not without cause.

Upon feeling Aether gathering around him, Theodore immediately leaped to the side. A moment later, the floorboards snapped, broken by the weight of condensed Aether.

(Two boys, one small and the other large. The use of condensation type Aether-form. I think I know these two.)

Henrich and Barnaby, the two mentioned by Albatross some time ago. They were the pair she encountered while on her way to retrieve the mouse undead along with the stolen Dandelion Mandragora seeds.

Theodore hadn't been too concerned about the pair back then, being more interested in Salome and her modifications. And while he knew that these two were highly favored and trusted by Torben, Theodore did not think that he'll be encountering them here on this night.

Right after avoiding the first attack, as soon as he landed, Theodore began to reinforce the muscles in his legs. He had no plans to fight these two. Rather, having been caught, Theodore wanted nothing more than to escape as soon as possible.

It took but an instant for Theodore to complete his reinforcements, no more than a second and a half. But just as Theodore had finished enhancing his muscles, streaks of Aether flew across the air, each needle-like streak splitting into more, each one bouncing off the loose particles of Aether in the air. Before Theodore knew it, he was surrounded by the needle-like streaks, the swarm of Aether zig-zagging around him, trapping him in place.

Theodore quickly realized what they were trying to do and with haste, leaped out of the nearest window just as a dense field of Aether formed on his location.

As the sound of breaking glass entered his ear, Theodore could also hear the sound of wood splintering behind him. Had he been a moment late or hesitated in trying to force his way through the swarm of needles, he would have been crushed along the floor.

That being said, the needles were a little too weak. Even with his hastily put-together Aetherweave Armor, the Aether needles could not even make a dent.

Upon landing in the garden, Theodore made a break for the walls. This time, he had made sure to learn the streets, the alleyways, and the nooks and crannies of the district. As such, he was confident that once he went past the walls, he'd be home free.

Suddenly, Theodore felt the air shift around him. No, not just the air. Space itself was distorting. It was not something an ordinary mage could sense and had it not been for the Demon Lord's Aether, Theodore would not have realized what was happening.

Theodore would have died right then and there.

However, due to the Demon Lord's innate ability to sense spatial distortions, Theodore forcefully twisted his body and altered his momentum, throwing himself to the side just as deep crevices were carved into the ground where he once stood. It was as if a beast with great talons had just struck the spot.

With a tumble, Theodore nimbly regained his balance just in time to find Henrich and Barnaby leaping out of the window after him. In Henrich's hand, he held a wand with an Aether crystal attached to its base. Having heard from Albatross, Theodore knew what it was.

A catalyst, it was called. 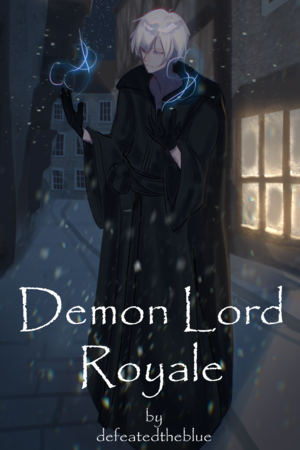