“Need some help?” I ask Emi, who’s running around looking for her things.

Lectures have officially started today, I’m not really looking forward to them because from what I heard they can be a bit of a snooze fest, but this is our first day so hopefully, the professors won’t be too hard on us. But then again knowing the teachers from around here, they’re bound to load us with work from the first day itself.

“Uff! I need to organise my things,” she huffed.

I chuckled and picked up a t-shirt from the floor, revealing a pair of black shoes underneath. I hold the shoes up in front of Emi.

“Are these what you were looking for?” I ask and proceed to watch the relief wash over her face.

“Thank you, I love you! I owe you one,” she hopped around trying to put on her shoe.

“I think after class I’ll help you tidy your side of the room,” I told her.

We checked the time and went to the nearest café for breakfast, before waiting for Daisuke and Kazuki, I got a coffee whereas Emi got a coffee, sandwich, and a slice of cake.

“What?” she asked with her mouthful.

“Breakfast is the most important meal of the day,” she mumbled as her mouth was still stuffed.

“Don’t talk with your mouthful,” I chided.

We both burst out laughing and made our way to the small garden area where Daisuke and Kazuki were waiting for us.

“Sorry, someone couldn’t decide between fruit or chocolate cake.” I glared towards Emi.

“You guys are so mean!” Emi pouted.

“Okay, okay.” Daisuke wrapped his arm around her.

“Alright so my class is this way,” I pointed towards the building on the left.

“Mine too,” Daisuke told me.

Before I could say anything else he cut me off.

“Oh great,” I smiled in relief.

I’d feel much more comfortable if someone I knew was with me in class, and now there is.

“My class is this way,” Kazuki pointed straight ahead.

“Are you both doing the same thing?” I asked.

“Yeah, luckily you’re in the same building,” Daisuke nodded towards Kazuki who nodded back.

One thing I realised about the boys was they could communicate with just simple gestures, they didn’t exactly need to talk.

“Okay, see you guys here after class?’ I asked and everyone nodded.

Emi and Kazuki went their way whereas Daisuke and I went our own way, the staircase that led us to class was quite narrow, so I was ahead and he was behind as we made our way up the stairs.

We got to class and were surprised to see it was only a handful of us.

“Looks like not everyone can handle the pressures of Literature,” he commented.

I think it was meant to be a joke but I didn’t find it very funny, I think all subjects have their own pressures, just that some people can handle those pressures better than others, still, I forced a chuckle.

“Oh, look who it is,” we heard a familiar voice.

“Seriously?” Daisuke mumbled under his breath as we both turned around slowly.

I was actually surprised to see the one person I was hoping the avoid the rest of the year after that encounter last week.

Sora laughed as if it was the funniest thing he’s ever been asked.

He took a step forward but Daisuke was quick and grabbed his collar.

“Need I remind you what I did to you last time? Don’t make me regret not killing you then!” he threatened before pushing Sora back.

“Come, Reiko.” He grabbed my wrist in a gentle but firm hold before leading me towards a bench right at the back and told me to sit on the end while he sat next to me.

Soon our professor came and started the lecture, but I couldn’t concentrate. The whole time I was trying to figure out what Daisuke meant when he mentioned ‘Last time’ what happened ‘last time?’ and why is he after me all of a sudden?

I could’ve sworn I apologised when I spilt the drink all over him, and he’s still after me? Whatever it is he’s got something against this group, and maybe because I’m one of them now that’s why he’s got it against me too!

“Reiko!” Daisuke yelled in my ear making me scream a little from surprise.

He looked at me surprised before clearing his throat.

“Sorry about that, but class is over,” he told me.

It wasn’t until I looked around that I realised that the classroom was empty.

“Oh, sorry. Let’s go,” I mumbled slightly embarrassed as I cleared my things away.

Once everything was in my bag, Daisuke gave me a small smile and gestured for me to walk in front of him, we left the classroom and left to meet the others.

“Look who finally decided to show up,” Kazuki laughed when he finally saw us.

He was standing in front of Emi, shading her from the sun as she sat on her cardigan which was spread across some grass, and munching on a sandwich.

“What took you guys so long?” she asked after finishing chewing.

“Don’t ask. I need a cigarette,” Daisuke rubbed his temple before taking a cigarette from Kazuki.

He went to the side to smoke and Emi followed quickly getting up and lighting her own cigarette.

Kazuki and I sat down on a bench, he took out a cigarette packet offering one to me but I declined.

“She doesn’t smoke or drink,” he chuckled to himself.

“Excuse me for not wanting to ruin my health,” I scoffed.

“Didn’t mean it that way, Reiko. Just admiring your ability to stay away from this stuff, most girls I know all drink and smoke, but I like that you are not influenced by these things,” he smiled.

“Don’t worry about it,” he waved off.

We sat in silence after that, not an awkward silence but a comfortable one.

“You know smoking is injurious to health,” I looked at him.

He paused before exhaling slowly, I looked at him sweetly before he cracked up laughing.

“Oh, man! Okay, you win,” he smiled before taking the cigarette out of his mouth and stepping on it.

“Good. I know it’s going to be hard, but your lungs will thank me for it in future.” I grinned.

He sighed with a smile and was about to say something but Emi yelled in frustration.

“Did you know he was going to be in your class?!” she stormed towards me.

“Who?” Kazuki asked while turning his head between both Emi and me.

“What?!” Kazuki got up quickly.

“Sit back down! He didn’t do anything” Daisuke walked back to us.

“So, are you going to wait until he does something before reacting?” Kazuki asked him.

“Kazuki, please relax, before you jump to conclusions here’s what happened,” I proceeded to tell Kazuki and Emi what happened with Sora.

“Are you sure he didn’t do anything?” he asked looking between me and Daisuke.

He then turned to me and cupped the side of my face with one hand.

“If he does anything, even if you think it’s nothing. Tell me and I’ll make him regret life.” He told me.

I nodded smiling as he smiled back.

“Shut up!” we both told her making her pout.

The rest of the day was great though we went to a coffee shop and chilled out there, I am going to find out what the deal with Sora is and what happened last time. 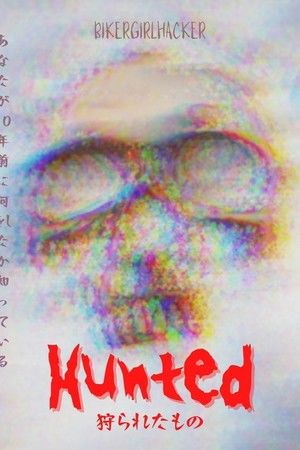