A Seed of Hope

The Star I Found in the Garden

I held her limp body, withered by the elements. All colour had long since been drained out of her, with pieces of her flaking off at the slightest touch. There was only one coherent word in my grief-addled mind: why? Why her? She’d been alive and blooming just a few days ago. Why did she have to die, when she had just been in the prime of her life? Why did I have to lose another one?

I hung my head and sighed.

I really should have watered her more.

One of my first memories is being in the garden with my mother, my stubby toddler limbs struggling to keep up with each elegant stride of her step, the gentle spring zephyrs catching on her long white dress. Her little garden was a true jungle to my innocent eyes- everywhere I looked was vibrant green, with splashes of vibrant colour as the flowers strained their heads up from the earth.

She led me over to one flower, half-buried in the corner of all the greenery- the tiny violets. My birth flower, she called them. I remembered stroking their soft petals as they quivered in the air, fragile and beautiful.

That was the moment I realized my life’s purpose. I wanted to plant beauty, just like my mother had done, watering and tending it to make it grow- to create my own little Eden.

When she died, I just wanted to create life even more.

But it seemed that any green thumb I might have inherited from her had blackened over time. Whatever plant I grew wouldn’t live beyond a few days. My dream garden was more like a graveyard. Sometimes, I wondered if I was cursed.

I reluctantly snipped the head of the plant off. This was all it needed to completely scatter what little petals remained into the breeze. They danced upwards, as if celebrating their freedom from their heavy earthly body. I closed my eyes and just wished that another one would grow again, that this time it would stay. It was a faint hope, but one that still burned.

“Sumire? Where are you? It’s time for dinner!”

“Coming, Auntie!” I called back.
After slipping off my shoes at the door, I hurried to the kitchen, where Aunt Mizuki was already waiting, draped in a frilly white apron and her long dark hair tied up in an immaculate bun. I had come in just as she had been laying down the plates on the table. Even when performing such mundane activities like this, she still somehow managed to look breathtakingly beautiful, just as my mother hand whenever she tended to her plants. It was a trait that all the women in our family seemed to have- but one that seemed to have skipped my generation entirely.

Her eyes snapped up to my presence, a smirk cleaving through the demure expression she wore.

“There you are, Sumi-chan,” she smirked, “You were taking so long out there. I thought you might have run off with some handsome guy.”

A laugh escaped at the burning blush that spread across my face, one that I tried to veil under my hair. I rolled my eyes as I seated myself opposite her at the dinner table.

“That’s never going to happen, Auntie, and you know it. Besides, I barely even know anyone in this town yet.”

“You’re a beauty, Sumi-chan. I wouldn’t be surprised if you have them all chasing after you by now.”

My face heated up even more, both in embarrassment and in frustration at that dreaded nickname.

Her gaze dropped to the floor, the corners of her mouth falling slightly.

“You’re right. Sometimes I forget how fast you’re growing up.” She chuckled, “sometimes it feels like I just turned away for a split second and suddenly you’re fifteen. You look just like-“

Her lips pursed as she realized what she had about to say. The smile vanished from her face entirely as her eyes brimmed over with fresh pain. My hands tensed over my plate; certain she was about to cry. After a few more seconds of trepidation, she blinked back the tears that threatened to spill from her eyes and her mouth stretched into a smile.

“No matter how old you get, you’ll always be my little Sumi.”

My aunt returned to eating, wearing the same laid-back expression she always did., the one that everyone in town was used to. But only I was privy to the pain she guarded behind that easy-going persona. I wasn’t the only one hurting too. My own pain was a tiny splinter in the finger compared to the wound my aunt had. She had lost the person she’d been born with- her sister. I had read somewhere that the loss of a twin was more painful that losing any other relative. A piece of her had died along with my mother.

I could see it festering inside of her, growing bigger each day. I wished that I could just take it away from her. But neither of us had the words to express what we felt inside, so we just fell into a routine, doing what we could to ignore it.

The grilled mackerel that she had served tonight was almost enough to make me forget such things. My Aunt didn’t own a café for nothing, after all. But the flavour still wasn’t enough to erase the dread of the next day- my first day at my new school.

Part of me was glad that I had left my old school. I could never have faced the whispers that would follow me down the hallways, or the insincere kindnesses of my former friends, who would never understand the depths of my grief. I would be a new face there, but at least I wouldn’t be ‘that girl whose mother died’.

I was so deep in thought that I didn’t noticed my aunt pause from her own meal.

Her voice instantly transported back into reality.

My tongue tensed inside my mother, trying to formulate something to say that wouldn’t exacerbate her own worries. She already had enough- she didn’t need anymore.

An expression of relief overcame her face, which reasserted itself into one of what she thought looked like understanding.

My own watery reflection rippled up at me from inside my bowl of miso soup.

“Mom always made it look so easy.” I murmured.

I didn’t mean to say it out loud. I froze in my seat, clasping a hand over my mouth but by then it was already too late. My aunt’s eyes widened, grip tightening around the bowl. Her head tilted downward, her fringe falling over her face and making her expression unreadable, which did little to ease the panic prickling down my spine.

When she finally lifted her face towards me, instead of the grief I had been fearing, there was a wistful smile. Yet the pain was still there, glimmering behind her wide, dark eyes.
“You know, you remind me a lot of her.” She mused, her breath mixing with the semi-translucent steam that coiled up from the still-boiling broth.

The clatter that echoed around the quiet room when she set it down was enough to make me jolt up in my seat. It didn’t escape my aunt, who only let out a quiet, humourless titter.

“When she put her mind to something, there was no stopping her. She’d always stick to it, no matter what, until it was done. It was the most frustrating, wonderful thing.”

The prolonged silence that followed the end of the sentence was the longest of my life. Then, she extended an arm across the table and laid it on my shoulder.

Even after all that had happened, I couldn’t cross out the possibility that she was right, that things weren't as bad as they seemed. Maybe I might get along in this new place, so far removed from the bustle of the city. Bookmark here

Maybe somewhere in that garden, a seed remained, one that was ready to sprout. 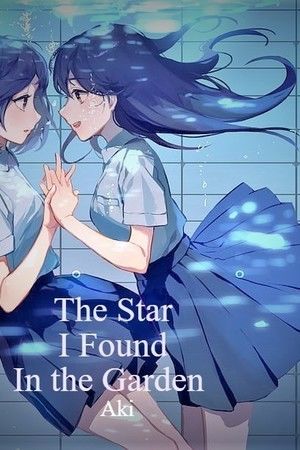 The Star I Found in the Garden