"The football field lies Infront of me,

A field full of sweat, passion and hope.

What is it like to stand there in the middle of the field?

What will I experience in there?

' The essence of the beautiful game '

But it was something I could never achieve on my own…"

"This might be very well be the end of the World Cup dream of the Brazil National team. It's just the first half and they are already down by four Goals! There's no way they can come back from this one"

Commentary filled with despair had broken hearts of many that fateful night, many of them already believed that it was the end of the road for the Canarinho (little Canary) everyone had given up hope…. Everyone except of the players on the field.

'I was never interested on this sports we call football, not until that night... The night when eleven confident men each garbed in matching yellow showed the world a game unlike any other'

The second half begun, and once again Brazil were in search for a comeback. They needed that first goal badly and then it came.

"Is this the beginning of Brazil's comeback. The Chilean defence is unable to cut the through-ball and Enrico Santos picks out the bottom corner sublimely! And he shoots!!! It's a Goal!!!"

"What a Goal! The Brazil pressure has been growing since the beginning of second half, as they rediscovered their foothold in the game, and now they may have the inspiration they needed."

Brazil scored early in the second half. But it's still one Goal out of the four scored by Chile. Brazil still had a mountain to climb. But that first goal, the one they needed so badly had finally been rewarded and it was from that moment that the actual game began.

Forty minutes later the game had changed. Brazil were now just one goal away from victory, but the clock was ticking and the Chilean defence was persistent not allowing even a single ball pass through them.

"The pressure is intense now, with Brazil bearing down on Chile, meaning they have needed to show fighting spirit in defence."

For the next few seconds everyone who had their eyes plastered on the TV screens watching this beautiful match had gone silent, praying for that last goal to happen, waiting for the moment when they will jump out of their seats in celebration and then it came.

With just four minutes left in the clock Brazil made there final effort, Hulk dribbled past the defender from the left wing and crossed into the box.

There isn't anyone over there… At least there wasn't

'All it took was one single blink'

Enrico was there on center line, they had him marked. So WHY… WHY IS HE SUDDENLY INSIDE THE BOX?!

But still the cross was too high for the youngster to kick but he did, he leaped up with his body parallel to the ground and then with his right foot bicycle-kick the ball right into the corner.

"ENRICO SANTOS HAS DONE IT!! The rising youngstar has scored the winning goal!! For Brazil and have sent them to the the Quarter Finals!!"

That is what I heard the commentator shout over the the TV. Brazilian national football team were playing against Chile in the world cup's round of 16.

On a football field filled with players towering over six feet tall and in there stood a mere eighteen year old player.

I clearly remember standing there watching. Shivering in awe as the young yellow clad player scored the winning goal.

"It was just a single goal,

It was just one goal out of the five scored by them.

Then why is my heart is racing? Why are there tears in my eyes?

I never thought much about football but... But today my soul and body is screaming.

On that night fifteen year old Angad Varte fell in love with football. And it was also on that faithful night when a new chapter begun in the history of Indian Football. 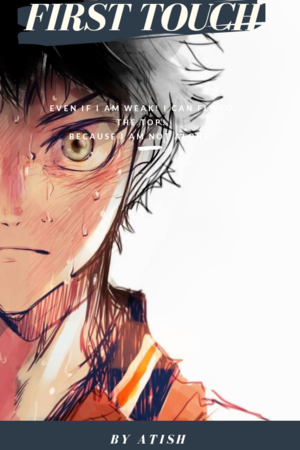