I hated home economics class. To be honest, I hated every class. But it wasn’t because I had a fit against school or anything, it was because my classmates always drove me crazy. They were loud and obnoxious, and caused the entire class to fall behind on every assignment. But when it came to home economics, they were the absolute worst.
Bookmark here

Most of the students in our class would group up with their closest friends and sit down at the same table with each other. I was often surrounded by my friends Yoshika, Chihiro, Ririka, and Riho. On the other end of our table was Minami and her group of girlfriends; and across the opposite side of the classroom was Mitsuki and his unabashed clique. The most notable ones being Ichi, and Futabi. There was only one student left, Ryusei, who always sat by himself way in the corner. To make things clear, he was like that in every class, and so this class wasn’t much of a difference. However, during one assignment, we were assigned to sew together a handful of small teddy bears. They were to be used for some school event later on in the month. It was the first time sewing for some of us, so handling a sewing needle took some getting used to. Ryusei, in particular, was absolutely terrible at it, and unfortunately became the butt of Mitsuki’s jokes. It didn’t make it any better that Mitsuki’s posse only lived to follow behind his every action. And thus, every class for the remainder of the week, we were all subject to a barrage of slapstick jokes towards Ryusei, intent on garnering a few fake laughs from Mitsuki’s equally fake friends. Nonetheless, Ryusei avoided snapping back at them, and usually just kept quiet throughout the entirety of class time.Bookmark here

At the end of the day on Friday, as we all scurried towards our shoe boxes after classes, I caught a glimpse of Ryusei heading out of the school. To be more specific, I saw him give a weird glance up at the ceiling as he rushed his way through the exit. I didn’t know why it bugged me so much at the time, but something sort of felt off. Nonetheless, I put it all behind me and went home without giving it much thought.Bookmark here

The following week, Ichi was absent from class, which surprised Mitsuki because he claimed to have walked with him to school in the morning. The teacher, Mr. Kurumi, said he would phone Ichi’s parents, and that was all we ever heard about his supposed disappearance. The topic was dashed in favor of the teacher berating us over a few sets of missing sewing equipment that belonged to the school. Apparently, it went missing sometime last week, and the school assumes that a student must have taken it. To be honest, it was probably true.Bookmark here

Yet another headache to deal with. . .Bookmark here

Later that day during class, while Ms. Saito; the home economics teacher, was making her rounds around the classroom, she made an unusual appraisal of Ryusei’s work. She held his project up to the class for everyone to see, and we were all surprised at how much he’d improved from the previous week. Especially Mitsuki, who was surprisingly quiet for the remainder of class.Bookmark here

Night fell, and the sun rose again the next morning. I headed to school like any other day, and so did everybody else. When we arrived at class, Ichi was absent yet again, and when we asked Mr. Kurumi about it, he simply stated that he didn’t have anything to say about it. However, things didn’t end there, because Futabi was also absent as well. We didn’t have a scheduled home economics class that day, but in order to catch our class up with the other classes, our recess was sacrificed for an impromptu sewing session. As we were piercing away at our pieces of fabric, Ms. Saito could be heard giving Ryusei yet another good comment about his sudden improvement in skill. As everyone craned their necks to see his work, we all too came to the same conclusion. He was certainly better. Much better than he was yesterday. While we were all busy being impressed, there was one person who had a different reaction. . . Mitsuki. The entire class, Mitsuki sat in his seat staring Ryusei down. His expression was malevolent, and he seemed genuinely agitated. Ryusei made it a thing not to look up at him, and simply kept sewing away at a rapid pace. Sometime during the lesson, Minami made her way towards the back of the class where Ryusei was sitting, and then suddenly let out a huge cry. The room fell silent and everyone twisted their heads towards the back of the room. Her eyes were soaked in shock, and her hands were glued over her mouth. The teacher, Ms. Saito, rushed over towards her, only to have an equally surprising response. By now, we all were craving to see what the mayhem was all about. Staring down at Ryusei; who was simply sitting still with his head down, the entire class was frozen. Blood was dripping from his fingers, soaked into the teddy bear that he held in his hand, and stained all over his pants. He had gotten so into his sewing, that he’d sewed straight through his fingers without noticing. He neither screamed nor flinched. Which was the most terrifying part of it all. The teacher rushed him to the nurse, and the rest of the class packed up their sewing kits. I didn’t see Ryusei for the rest of the day.Bookmark here

He returned to school the following day, only to get into a scuffle with Mitsuki before classes had even begun. The teachers rushed to break up the fight, and they dragged Mitsuki to the teacher’s office. But before they pulled him away, I heard Mitsuki yell to Ryusei, “I know that it’s you!” I had no idea what he meant by that statement, and the teachers seemed eager not to make him speak for much longer. Ryusei on the other hand, was strangely quiet as he always was. While Mr. Kurumi was talking with Ryusei, we all were ordered to head straight to class. Ryusei eventually returned and sat in the back as he always did, but Mitsuki was nowhere to be seen for the rest of the day. Bookmark here

The next day was Thursday, and we were scheduled to have our last home economics class in which we would be working on our teddy bear assignments. Mitsuki was absent from school that day, and I remember Ryusei was sitting in class unwilling to work on anything. When Ms. Saito asked if his fingers were the reason he chose not to work today, Ryusei stated that he wasn’t working because he had already finished his project. Bookmark here

The next day was Friday, and within this one week, all three of those boys had strangely disappeared. I could remember walking through the hallway in the afternoon after we’d all been dismissed from school. I saw Ryusei standing in the middle of the hallway, just staring up at the ceiling, yet again. It felt off putting; and frankly, made me think of Ryusei as even more odd than he already was. As the other students began flooding the hallways, Ryusei walked off and made his way out through the school entrance. I had no clue what to make of his weird behavior, but now, it had me staring up at the ceiling as well.Bookmark here

Later in the day, while I was home with my parents, I heard over the news that Mitsuki, Ichi, and Futabi were announced missing, and that a search party would be put together to look for them throughout town. The police investigated their disappearances for weeks, but to no avail. Everyone in the school had an idea as to whom may be involved, but considering that we were all just kids, including Ryusei, I guess I could understand why the authorities wouldn’t have taken it too seriously. Bookmark here

One month later, with the disappearances stifling the entire town, our teddy bears were all put up on display in the main lobby of the school. There was an additional message added to the presentation calling for the safe return of the three missing students. Where it was expected to remain on display for the rest of the month. Bookmark here

When the bell rang at the end of the day, students dashed out of their classes and headed straight for the exit. I too followed behind them, and as we all gathered by our shoe boxes, everyone’s heads slowly began tilting upwards. The ceiling above us had begun to collapse, and what revealed itself from inside was something that would change our lives for an eternity. Staring straight at us from up above was none other than Ryusei’s horrifying face. His mouth and nose were sewn shut, and his eyelids stitched open. He stared at us as if he was looking right through to our souls. My heart sunk into my stomach, but I couldn’t muster up the courage to look away.Bookmark here

A few moments later, Mitsuki was found dead in the lobby, huddled up between the display of teddy bears like something out of your typical horror flick. The one thing being that this was actually real. His nose and mouth were sewn shut as well. Suffocating him to death just like Ryusei. Behind him were none other than Ichi and Futabi, all sharing the same gruesome body torture.Bookmark here

I found out about a year or so later that all four of the kids were killed using the sewing equipment that was stolen from the school. Ryusei’s story; however, was a bit strange. The autopsy performed showed that not only were his injuries self-inflicted, but that he died much earlier than the other three did. His time of death was March 25th, at about 3pm. That was the Friday of the week that we began the teddy bear project. That day was the first time I saw Ryusei glancing up at the ceiling as he dashed off through the exit. Sometime after classes were dismissed at around 3:15 pm or so. Which shouldn’t make any sense, because he should have already been dead. . . And if Ryusei died first, then who killed Mitsuki, Ichi, and Futabi? Also, who stole the sewing equipment?Bookmark here

For what it’s worth, I haven’t touched a thread and needle since.Bookmark here 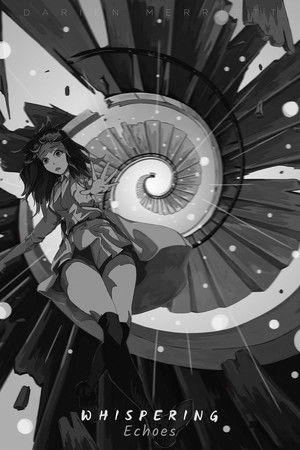