Did I believe in love at first sight?

Well, it couldn't be too implausible. There's that one in a million couple that meet under that scenario, right?

But did I believe it could ever happen to me?

I didn't realize it at the time, but I knew you were something different. It was only a simple greeting, but you had me at hello.

We were in the same club. We would meet each other every other Monday in our math teacher's classroom to watch anime and play video games.  The club would alternate between the two. Sadly, it was the only place where I could see you. I guess that's because our classes didn't match up. What was strange about you is that you made me act in ways I wouldn't normally have for anyone else. Sure I get happy when I see my friends, but when I saw you in the morning I always had to give you a hug. This happened every morning before classes began, or at least every morning when I saw you. Looking back, it seems kinda uncharacteristic of me to approach someone and give them a hug every morning when I could, even if they were my friend.

But you had that affect on me.

You could even say I felt a little jealous once when you showed admiration toward another girl... despite said girl being a fictional character from an anime we were watching.

Obviously that was a lie. I couldn't admit it so easily just yet, but I knew I was starting to feel something. This wasn't the first time I liked someone before, but I think this was the very first time I began to fall in love with someone.

Could this be true love? 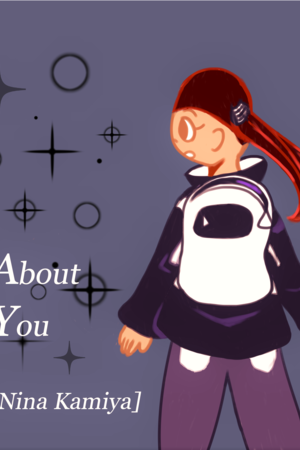