There was a library I used to go to while I was alive. I had no other place to go before I had to go home. I even had my own place inside where I personally marked it as "my territory."

That territory was taken over by someone else now. She was a girl whose name I did not know.

A girl who had nothing else to do, who had no other place to go. A girl who would wait for a relative to pick her up and take her home. She was older than me though, a high school senior at least.

The girl would come and sit down in her chair, my former territory, and watch videos on the internet or download numerous songs as she waited for her ride to come. I still come to this library and sit right next to her in one of the five remaining chairs at her table. But she wouldn't know that. It's not like anyone here can see ghosts after all.

This table is higher than all the other ones here so you have to climb up to sit on the chairs. Occasionally, other library visitors will come sit at this table. It made no difference as long as the girl could still claim her territory.

Often, a man comes and sits at the table. He usually gets here before school dismissal and when that happens, he unknowingly steals the girl's territory. When the girl gets here, she takes notice of this and sits in the chair that is one seat away from him. When both her territory and the other chair is occupied, she is forced to sit on the opposite side of her territory. If someone else were to come by, they would have to sit one seat away from her or vice versa. That makes a fully occupied table with the exception of two chairs because lets face it, who wants to sit in a chair between two strangers.

It isn't expressed, but I know. Having your territory stolen by other people is pretty annoying. Even I get annoyed when I get to the library before the both of them and soon the man gets there before the girl.

And what's the point of that man even coming here in the first place. I mean, the stuff he does is kinda... questionable. I saw him with a book that was definitely below his lexile level once or twice.

A girl would read it... probably?

And on some days, you could hear him mimicking some voice from an (animated?) action show after taking a second to stop your music and actually try to listen to his voice.

This next part wasn't strange, however it was concerning.

After the middleschoolers of the school down the street would show up, they would goof around and be disruptful. It became a disturbance especially when kids would bang on the window inside the children's section of the library, since the table of the girl's territory and other sections of the library were visible from that window. Of course, the man expressed his annoyance to this and would eventually get up and leave for a brief period of time before coming back.

As a ghost, there was no way I could intervene or change anything about this, but the girl would get bad sensations whenever this happened. She feared that he might actually walk around to the children's center and go ballistic on those middleschoolers one day.

Even so, it was still just her imagination run wild. And nonetheless, he was still a rule abiding patron so it wasn't worth worrying too much about it. Luckily for her, she was able to reclaim her territory whenever he left for good.

The girl was also well-liked by some of the employees.

The security guard admired how she didn't disturb others and did whatever she needed to do. A help desk worker helped pay for one of her print jobs.

They know her by name and greet her with a smile.

One woman who works at the checkout desk seems to recognize her now. One other worker appears to acknowledge her as a frequent reader of books as well. She mainly checks out backwards books and DVDs of Japanese animation.

She is treasured, even if it wasn't her intention to be.

There seems to be a library employee who has intrigued her as of late. There's a guy who comes in and stocks the bookshelves. If the girl is lucky, she might catch him clocking in for work after she gets there.

He looks about her age. Maybe he's actually a year or two older? He was tall enough to her liking. No, nothing like a giant but moderate. He's bespectacled and looks Asian. He looks like he could be a nice person.

Well, his appeal was enough to gain the interest of a terribly quiet and reserved girl like herself. I mean, I would go for him too if it wasnt for me being... well........ and you know.....

Well, you remember my recount from last time, don't you?!

Anyway, she wants to talk to him, but all she ever sees him doing is stocking and sorting out the books. She may not be able to befriend him like she has with the others, but just one conversation would make her happy.

The girl gets her big break when she sees him stationed at the help desk.

Yep, this may proove to be her chance!

She could pretend to ask him to make a reservation for a book or inquire about a book that she doesn't really need.

It's all for the sake of conversation, right?

Don't be shy now! Take your fears and insecurities in stride! You just gotta take a-

That's the spirit! You go girl! 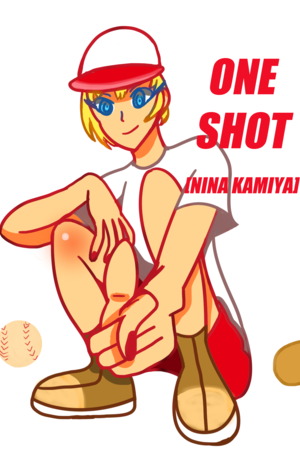