Seraphine Hazawa met Garnet Eisenberg when she went on a trip to France when she was about to begin her first year of Junior High. You know, that transitory period when you finish Elementary school that sweet 24th of March and wait until the 6th of April. That is why, when she arrived at her grandparent's house all alone into that nice snowy village near the junction of France, Switzerland and Italy, át the base of Mont Blanc, the highest summit in the Alps, renowned for its skiing called Chamonix, she felt right at home and reunited with her ancestry.

The street looked like an unfinished painting. So much of the canvas was still perfectly white as if waiting for the artist's hand to return. The morning light struggled through the murky cloud, but even in its weakness, it was enough to blind.

The air was, of course, cold, but Seraphine hadn't expected the same dampness that comes before the rain. Moving to the verandah of the stairs towards her grandparent's mansion was like sipping on ice-water in the height of summer even if it was plain winter until her lips went blue and she scurried back to the ground unable to keep her small balance alongside her gigantic luggage falling towards her back.

A pale breath against the numbing air, Seraphine blinked thoughtfully as the frost patiently kissed her face, captivated by the soft, dusty illusions of light that sat heavily on her eyelashes. She adored the snow, more so when it was falling. Yet, what was in front of her wasn't snow, it was the most beautiful twelve-year-old face she had ever seen before in her entire life. Even if she couldn't understand a word she said, and curses, she wished she could, the concern in her freckled porcelain face was real.

At that moment, Seraphine didn't know she had just met Garnet.

A sweet and gentle child, though it may sound like a cliche, it’s true.

Her hair was lighter back then, light reddish she supposes and she would braid it for hours in front of the mirror, but Seraphine was already disturbed by the age of twelve. Her hair was perfect all over. She played with her dolls and was kind to her siblings. She was a fighter, never staying down if she fell or got knocked. She would go out of her way to be nice to other kids at school but mostly stuck to just two friends who didn’t mind how old her clothes were.

Did Seraphine said she has freckles? She does yes, yes. She quite does again.

She was a skinny kid but mostly healthy. She loved animals, as most little girls do. She hated jelly and sausages. She was a teacher pleaser, always doing her best in classes and clever too, learning quickly. But her childhood was rough from the start, some kids have it worse, but her home was turmoil and violence; not constantly, but enough to make her less stable than she should have been.

However, once they got to know each other better, those days became better and better for Seraphine and Garnet, even learning each other languages and communicating better. She indeed asked her parents to start the second semester in Japan and skip the first one and stay more time in Chamonix only to linger with her best friend. Her first, best friend and with who, in exchange, had fallen in love with, with only age twelve.

So Seraphine's love came crashing down like a big wave.

No matter if she goes upstairs or down, Seraphine keeps coming back to the same spot. A light bulb above shines overhead, and it's the only light in the whole place. If she just puts a foot on a step of the stairs, it immediately gets turned off and she is left in utter darkness. Then she only has two choices - to get back to her safe place or walk to the next floor in this darkness only to find herself in the same spot again, the day she met Garnet.

After thousands of attempts at escaping this place, she had finally chosen the wiser way - to stand still under that place and wait for this nightmare to be over.

I don't know how I know this is a nightmare, but every time I have it, I know that it's not reality. She takes a few deep breaths trying to make herself comfortable in there while she waits to wake up. The light slowly moves from her to a door a few feet to her right. She steps out and slowly walks to her. She'd be just an ordinary woman if she hadn't shown up before somewhere else.

Her name just escapes her tongue.

"I will keep these nightmares away, keep striving for the light."

And so she did. 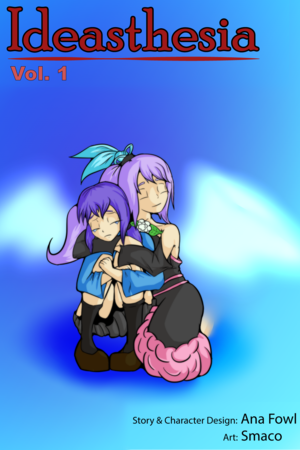