"Yeah!!!!!!!!!!......" shouted out by Zanzuki, a teenaged boy at the age of 16 dark black spiky hair, black innocent eyes and the correct height for a kid his age was sliding on the water pipes, soaring through the trees and running in the open fields using a portion his powers to boost his speed and his acrobatic reflexes helping him dodge and move past obstacles of his village, Kiyimota, needless to say Hashimoto would say "YOU'RE BEING CARELESS!!!!" with a vicious look on his face. Bookmark here

Zanzuki was sent to buy some groceries for dinner by his sensei Hashimoto Senji also know as Raijin the god of lighting and thunder. Long back he was considered as a high ranking deity, but due to his behavior in heaven and his failure to raise a perfect"surviving" nephilim child he was the demoted to a minor god and was sent to look after Zanzuki a newly born Nephilim with somehow the powers of both lightning and thunder ,although this had nothing to do with Raijin.Bookmark here

Zanzuki's background is said to be unkown and isn't known to where he came from but all he knows is that he is going to be the strongest Nephilim so that he can protect this world from danger and all sorts of evil.Bookmark here

"Hi Mrs Fujimura ,how are you today?" He said with a smile on his face "Oh hi there Zanzuki, I'm fine dear,how are you?"Bookmark here

She said "I'm ok, I was sent to buy groceries by Old man Rai" said Zanzuki with a bright smile"you got any turnips some salmon ooo and some shrimp too man this is gonna be a tasty dinner."Bookmark here

Zanzuki got back home and cooked a tasty meal consisting of rice balls, Japanese fried chicken bentos, miso marinated salmon-and nori cheese Tamagoyaki. "haaaaaaa....hmmmmm, boy you have out done yourself this time!" Hashimoto said with him drooling a river of Salaiva "Thank you for the food" Sensei Hashimoto pigs in on the food alongside Zanzuki joining him In on the food. "Old man Rai..." Zanzuki pauses for a moment and Hashimoto looks at him " When am I gonna go to the big city and join Demarc Academy?" Demacr academy is a school in the big city of Herenku where Nephilim children go train to be come demon slaying fighters that keep away and kill the demons and nephilims that are harassing the world.Bookmark here

"Kid..." Hashimoto said with a serious glare" if you want to go...." Zanzuki interrupts "I've been training hard under you and I've improved on my lighting and thunder manipulation and control Bookmark here

Please just hear me out I.." Hashimoto interrupts "kid I didn't say no" "what ?"asked Zanzuki " I've already sent an application letter and you start tomorrow" Zanzuki's face was a bliss and he was about to explode "meaning tomorrow you have to be there by Noon and don't be late or" "Thank you so much!!" Zanzuki interrupts Hashimoto and jumps to hug him " you don't how much this means to me, I promise I'll do my best and I'll be the strongest Nephilim so that I can protect everyone." He says that with a smile on his face and clears up the table and gets ready for bed. "I can't wait for tomorrow , and I'll do my best I promise" Zanzuki said that slowly drifting off to sleep and his precious eyes closing.Bookmark here

Next morning Zanzuki was ready to go and he had to say goodbye to everyone in the village and more importantly to Hashimoto " Bye old man Rai , I'll see you soon and I'll do my best to make you proud" he said that with a smile on his face and got on the bus to the big city "I've never been to the city before , I hope I make a good impression on the school" Bookmark here

Zanzuki's eyes popped out with shock and excitement "what the this is the city!!!!!!." The big city with a population of 800000 and rising large sky scrapers and most of all the Demarc academy the school where Zanzuki was going to attend. I can't believe that I made it to the school, haaaaaaa" he says that with excitement as he was at the gate of the school and other students were walking in. "Oh man look at all these people, I wonder how many people attend this school" he said as he was looking around and his face showed an expression of shock. As he was walking he bumped into a guy named Rikuno Kuchki a freshman at Demarc academy. He looked at Zanzuki with a pissed expression "hey you idiot...." he had the evil look in his eyes and said "watch were you're going, or else I'll kill you" Zanzuki with a shocked expression "uh sorry sir I'll be more careful next time...wait?" His tone on voice changed "who you calling an idiot you moron" "What did you say?" He raplied with an angrier tone "oh you heard me!" The two were about to fight until a guy named Haruto Humada interrupted " Riku don't get worked up over this , just leave him alone" Riku looks at Zanzuki and walks away muttering to himself and shouts out "you got lucky this time!" "Sorry about that, Riku has a bit of a short temper" he says that with a blunt happy expression " Sorry I forgot to introduce myself, I'm Haruto Humada a freshman just like you" he said this with a smile on his face and reached out to shake Zanzuki's hand " Nice to meet you I'm Zanzuki Senji." The two shook hands and talked a lot as they went to the assembly area which was large of course "huhhhjh! This place is huge!" exclaimed Zanzuki " of course it is this campus has more than a thousand students here attending this academy" explained Hadashi "A thousand???" He exclaimed with a shocked expression on his face. Bookmark here

"Attention! Attention everyone" woman's voice was speaking "Welcome to Demarc academy, a school where gods and nephilims work together to make you reach your full potential and bring order to this world." "I am Madam Liz Ozfaunt the head of this academy and I will be working alongside you." "Who is that?" Asked Zanzuki " wow you really are an idiot aren't you?" Said Haruto "Hey you take that back right now!" Shouted Zanzuki with an annoyed expression on his face " keep it down or we will get in trouble" " you take that back right now!" Zanzuki said "Hey you idiot shut up" Riku said that with a scary look in his eyes" "what you say?!!!" "Why I otta.." " hey you two stop!" Haruto says as he tries to stop them from fighting. As this occurs a lot of commotion arises and the teacher's look at the area where Zanzuki was causing commotion. "You there be boy in the sky blue tracksuit , what is your name? And what business do you have here" Bookmark here

In the middle of Zanzuki being pinned he replies "Me? Oh I'm Zanzuki Senji and I'm gonna be the strongest in the whole world!" He says with such confidence but the other teenagers start muttering words "isn't he from the bonnies ?" "What a loser" "oh my god is he an idiot" "what kind of a country boy can ever be the strongest?" "Wait is being dum suddenly the new strongest"Bookmark here

"Quiet everyone" said Madam Oz "no child shall be the strongest with an arrogant behavior like your you fool""hey what you say!" Zanzuki exclaimed "with that attitude you won't become anywhere near strong so shut up and listen cuz this next announcement will determine if you are strong or not " said Madam Oz "tomorrow there will be entrance exams where your skills and powers will be tested to see if you're really qualified to join this school, and if you're not you will leave this campus and never come back" she said with such command in her eyes "I wish all of you luck and tomorrow there will be no mercy, that is all , you may now go to your dorms to find that out you must check the school notice board to find out which dorm you will be in and at this school, there are mixed arrangements for some of you. Good day." Bookmark here

She said that and stepped off the stage and the students went to the noticed board to check their names and rooms "who does she think she is calling me an idiot and assuming that I'm weak? Oh I'll show her" Zanzuki said with a pissed face. "Zanzuki calm down, it's over now" said Haruto "Hey which room are you in?" Asked Zanzuki "I'm im room 136, and you ?" Replied Haruto " I'm not sure I haven't checked" "well ok I'm going to my room and I guess your not my roommate, goodnight" said Haruto as he was going. Zanzuki checked the board and saw that he was in room 206 with a person named Yuo Rinuko. "Rinuko? Whose that? Meh it doesn't matter I'll go check for myself." Bookmark here

He walked to his room with his luggage and was at the door. As he was about to unlock the door he saw that it already was and said " hello I'm coming in" he opened the door and walked in. As he walked in, he saw a pink Haired girl with green eyes and was half naked as she was putting on her panties " Uhhhhh....." Zanzuki's face flutters with confusion and embarrassment " I'm sorry for barging in but am I in the right room" he says scratching the back of his head "mmmmmmmmmm...." she boils up her anger " YOU PERVERT!!!!!!!!!!" She throws a shoe at him and hits his head. "What the heck are you doing here I don't share a room with you!" "Hey watch it! That hurt you know!" Exclaimed Zanzuki "wait...." they both pause for a second. "Are you Yuo Rinuko?" Asked Zanzuki "yes I am pervert, and who are you?" She replied back with dissatisfaction. "I'm a roommates .... WITH A GIRL!!!!!!!" He shouted in his mind and started sweating bullets "hello? Earth to idiot, I asked you a question, who the hell are you?" Zanzuki snaps out of it and replies I'm Zanzuki Senji nice to meet you" he says that with a blunt expression of happiness on his face "Wait Zanzuki? Are you the idiot that said stuff at the assembly?" She says "hey I'm not an idiot!" Said Zanzuki "shut up you pervert." "Haaaagh I'm going to bed I'm not gonna waist time with you."said Zanzuki. Bookmark here

They both prepared for bed and Zanzuki was at the top bunk ."A lot has happened today and I still can't believe that I'm here." He said in his mind staring at the ceiling " this is a new start for me and I won't mess it up,I'll do my best tomorrow and show them all that I'll be the strongest and I will protect everyone." Zanzuki said this with such determination and slowly drifted to sleep. Bookmark here

Not long after he slept he woke up and saw Yuo on the top bunk with him. "What the..." Bookmark here

The end of Chapter 1Bookmark here 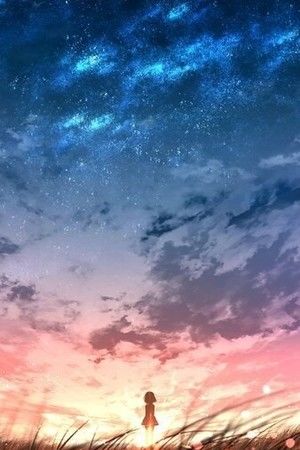