I write this last note before I leave

This place that I once called home is now suffocating me, like a cage from which I need to escape

There was once a time in which the simple fact of considering running away from home would have been terrifying, but now after all that has happened to me it’s not only logical but inevitable

I really don’t know why I’m writing this or for whom, I think I’m doing it for myself, so that I don’t forget what I was feeling and thinking tonight, in this so special a moment when I close a chapter and prepare to begin a new one in my life

Despite all that I’ve gone through in the recent past, I still feel that this is too daring for me to do, but I also feel that if I don’t do it right now I won’t ever dare to do it

But I’ve still got time

At least a bit

I’ve got everything set and as ready as could be

So I’ll use this time to leave a record of all the events that have happened and their development that have led me precisely to this day, to what I’m about to do

I suppose I should begging with an introduction

Even when I consider it unnecessary, I must consider the possibility, I hope not, that perhaps someone might someday get to read this

My real name is not so important as my new name, this with which I will begging my new life so it will be the one I’ll use along this narrative, having said that my name is Miausette Sterling I’m a young kitten, one might say elegant, refined, prepared or better said trained to become a little noble lady

But the truth is that I feel like a museum piece, a circus animal, a trophy

In several occasions, due to desperation and frustration, I had considered getting away from all of this; but escaping into the unknown terrified me so much that I even got sick, I was and still am a pampered kitten, accustomed to comfort, luxury and elegant treatment that ladies of high society usually get

But in reality I was trapped in my “gilded cage” and it was suffocating me, slowly but inevitably I felt that something within me was fading. So many things were forbidden to me. I could only do what I had been ordered to do, speak when was told to, could only socialize with those that were considered to be at my level.

It didn’t matter what I wanted, nobody cared to ask for my opinion, had no option but to accept and do what I had been told. Since I was a well educated, domesticated and trained to obey I easily accepted my condition without protesting 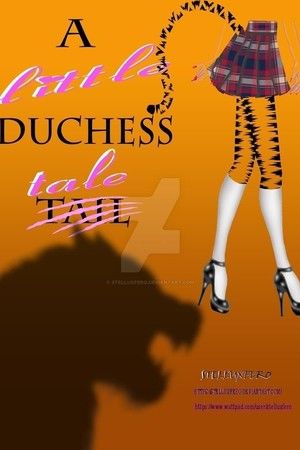