( Dan ) stop please ( Uri ) ignores and keeps punching him smack smack…. He locks Dan in the closet ( Dan ) starts crying….. Few years later uki grows up to hate his elder  brother. He told everyone about his brother  but no one believed him because Uri was too famous and people were oblivious to the truth. He said this is the last time my brother will hurt me. He took the phone running from his brother and called 911 but before he could speak his brother tackled him to the floor and hung up the phone after that Uri started screaming at Dan you are a failure many times. 911 thought it was a prank so they did nothing.Dan has had enough so he escaped the house when Uri wasn't looking he went into the woods with just 2 pairs of clothes and some canned food barley enough to survive one week.keep in mind this is a heroes world and their some very dangerous creatures.DAY 1  his plan is to get stronger so he can be the very best her. Hes  in the woods and literally finds a 3 head deer its feels threatened and starts chasing him up and down a mountain but just when he is going to get pierced by the horns of the deer a girl comes and literally chops the deer in half with her powers he feels sad but safe because he didn't know how to use powers he asks what is your name ( to the girl )  random girl answers my name is herraza. Herezza asks Dan if he knew how to use powers. Dan sadly responds no…. Herazza starts laughing and tells Dan that she will show him how to use powers and she asks what is your name.Dan responds my name is Dan. Herreza says follow me. Dan, confused , follows her to a random never heard of dojo. Herazza says punch this punching bag . Dan punches ow that hurt Dan exclaims.herezza says your to weak let's get to easier training for now.Dan sighs can i get some sleep first .herezza sighs yes you can sleep first showing Dan his room located somewhere in the dojo.DAY 2 Dani wakes up(screams).herezza was just creepily staring at him  she says wake up already lets train. Before she could finish that sentence some weirdo shot the roof with his magic and startled both Dan and herezza. the weirdo said his name was stardlebock and he also said he was here for Dan and that Uri sent him… so lets get business saddlebock said. he quickly strangled Dan for a few second before herezza stepped in and gave  stardlebock the biggest punch fused with magic then he literally just self destructed.but before he self destructed herrera grabbed Dan and teleported him to a city far away from the forest Dan falls asleep from injuries and exaustion.DAY 3 Dan wakes up in a hospital because he got hurt during stardlebock and the nurse told him he had a broken hand then herezza walked in to the room apologizing. Herezza says time for rehabilitation in the gym the nurses won't shut up about it but be careful u have a broken arm how did you even nevermind. Dan says I kinda hear something.Herezza says well i don't stop chickening out .Dan says i hear a two people group talking about killing grunts u us.Hereza says oh crap i hear gunshots.Dan says lest climb out the window oh no i forgot herezza teleport us out of here.herezza says ok.Dan says now seriously another forest.Herezza says yes i will show you how to be strong enough to even contain a power lets go train. Dan says but the people in the hospital are they.Herezza says yes dan they're all dead now let's train  …….. 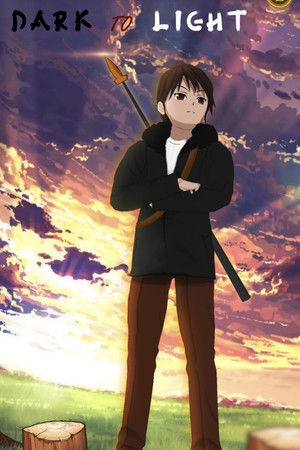