There was more to the visually gibbering, rambling chalk passage on the sidewalk, but fed up teen living in this life understood that bit well and well enough. Bookmark here

The dust was so caked in, it would take a good month for this message to disappear. The words themselves were blocky, bled all over and into each other, creating this premeditated, shapely stain that quibbled and swerved by desperation.Bookmark here

"E's" were fat, "R's" always curved into the personal space of the other letters, causing them to bend, overlap, causing the effect to carry on, not lessen. All with their respective deformities and weaknesses united these letters because they were dragged out for too long. When the author didn't realize that it was way too late to let up on the chalk, to let the letters form and end. Or they just didn't care more.Bookmark here

This message had to get out of that someone's mind, because every single second that it remained there, it would damage it further. Bookmark here

She was walking, looking downwards before spotting the mess all over the asphalt. Being in her state of mind, she could not help but to look through it, find something within this mess. She's been doing that more lately than the things she once dedicated herself to do.Bookmark here

But she was getting mad again. She had to focus—focus that anger again, as she pulled out her phone, as it briefly reflected the setting sun as she whipped it from her blue sweat jacket, and walked down the barely maintained, broken sidewalk.
Away from it. Away from that… The thing she refused to think about. The thing that caused that poor soul to scribble the sidewalk, the reason why said sidewalk was broken beyond repair—that twisted, curved, and made things that were impossible to twist, curve, and exist—Bookmark here

She shook her head fierce, despite what rattled within it and rattled her. She can't be like them, despite her time running out.Bookmark here

She watched the world lethargically accelerate into misery and weirdness through her phone. Reminding herself to lighten her grip on it was a new thing for her to learn many things.Bookmark here

A spectrum that also worked as a pendulum, showcasing events breaking everything again, the response, being lost in the myriad of confusion, and then applying tape towards the strongholds and institutions that lost progress for years now. Most days, all in that order, randomly selecting some on others, as the pendulum also swings in a 3D space.Bookmark here

Because fuck you, humanity.Bookmark here

But this wasn't the first time, and that made the girl even more furious. She read this over and over, possibly for two years of new stuff downpouring into the fold, and it all was supposed to make sense.Bookmark here

For it all to click, to prove that maybe she's letting herself fall into hysteria, that she needed to calm down and act like an adult that she's going to be, and she'd take that. She'd accept it without question.Bookmark here

But all this proves is what she got out of these signs; that the nature of all this insanity is somehow more terrifying than she ever thought. Bookmark here

And yet we're not pulling ourselves together.Bookmark here

Sick of this, this literal madness. All of it. But all that changes tonight, even if she comes out of this worse. Even if she becomes the latest victim of this…thing that she must face. What she and others once thought of as reality.
Then her phone had the nerve to annoy her with that damn pop up.Bookmark here

This device has experienced critical Shift influence, which can make it more susceptible to overload. ORACLE upgrade needed, have docking device required for the conversion?Bookmark here

Before she could smash the screen in with her thumb, the alert that she was looking for told her that the bus was pulling up, which she confirmed when she saw it coming, emerging from the blaring sunlight to shield her eyes when it stopped at the curve.Bookmark here

That alert interrupted that pop-up, and Jackie found herself sighing within a body wrecked with both heat and exhaustion. It was so intimate with her, associated with her, nowadays, and she couldn't stand it. She clucthed her head and felt her grip weak...Bookmark here

Her headache pounded her mind when it's been asking it to stop for weeks, her brow furrowing for long periods when the action still feels off to her, and finally, the stress from her muscles constantly tensing ached when she couldn't handle it stabbing into her before.Bookmark here

All these things made dull and apparent when she walked into the bus, and the driver asked if she was okay. She simply lied with a nod when she counted how many times she lied on a hand.Bookmark here

She realized that she's been thinking in circles, in that dreaded "death spiral." Tonight. It had to be tonight.Bookmark here

The teen sat in front of the bus, as the said pair of seats were against steel walls while the rest faced towards the front, to the ascending raised the second level. There were a decent mix of people, off duty construction workers, people on their way to their night jobs, seniors, bratty teenagers, office workers, women with their children, the works. Bookmark here

This normalcy soothed her, at least. But she does find it crazy that one of the tossed away pieces she took for granted was public transportation of all things. Systems and their purposes for the people she's always been for, but even then…Bookmark here

Taking a breath, she lifted her phone and scrolled along further. Working up the courage to do the next step as she tried to set her jaw…Bookmark here

She felt the stare before she heard the voice, "Now I don't know much about those phones, but I think you'll break it if you keep that up." Jovial statement and tone, but clearly out of passerby concern.Bookmark here

As the voice talked, the teen looked at who's she's going to answer. An older woman, portly, nearly taking up the two seats even without her typical elderly brown bag. Wearing all black, dress, gloves and even hat, it was hard exactly to make out her face as it was covered with a screen. Still, even without seeing where the eyes are exactly, it's polite to look one in the eyes.Bookmark here

"You've still got it in a mighty death grip!" the old-timey woman chirped. Her voice had a ravaged quality to it, like it was more than the passage of time that affected it, versus some accident or outside force.Bookmark here

Along with the grip, the girl's guard was lowered, calmed, as she responded, "Sorry ma'am. I got caught up on something."Bookmark here

The old timey woman made a droning sound, the girl at least picked up on the context clues that she's going "ahhh…" quickly. She maintained the "eye contact," even as the bus kept moving.Bookmark here

"Jackie, you're going to be more fine than whatever your worrying's saying otherwise, dear."Bookmark here

There was a forced smile despite herself. While it's the typical response, the usual appeal to wishful thinking, Jackie was taught to obey authority and has a natural inclination to do so as well. No need to argue back that sentiment was useless.Bookmark here

The feeling of the old woman's stare vanished. Closed her eyes? Jackie saw her crane her head to the window, where the fading sun was incredibly bright. Jackie guessed that she saw through the smile…Bookmark here

She hated this, dealing with this, this whole thing wearing on her, changing her.Bookmark here

This thing, this whole thing, changing her in such a way that it's becoming subtle. Jackie stewed in silence as the disgust instantly plopped into the pit of her stomach. She hated this.Bookmark here

Jackie snapped her head toward the old lady, as she exclaimed softly but pregnant, "Oh no…"Bookmark here

Her eyes darted to the window, turning to face it regardless of what she had to do with her body, twisting it around. She, along with those now trapped on the bus, had to watch reality flutter apart.Bookmark here

It started as visual static, simmering as it vibrated the shutdown city shops and neighborhood vista apart. The gleaming orange hue outside collapsed within the flutter, and now it started to creep into the very bus.Bookmark here

Everyone started to rustle about, vocalize their fear in shouts, and they could only do that as the simmering got thicker, as everything started to fall apart.Bookmark here 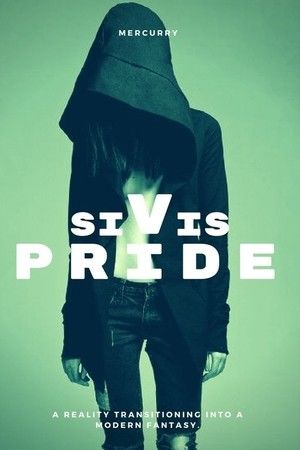