And Earth just got completly absorbed into world of monsters.

'Damn! Why are the traffic jams so big today! I'll get late to the work!'

Luciel lives in London, and right now he is going to his job. But now there is gigantic traffic jam which blocks the road for already 43 minutes. It's obvious that he is going to be late. While he was thinking his face was becoming more and more red

'F*ck. Maybe person in truck before me can see what is the cause of the traffic jam.'

"Ey! Truck-guy! Do you see the cause of this stupid traffic jam?!"

The guy in truck shouted back something he didn't wanted to hear at all.

That brigde was standing still in perfect condition for already 7 years, sank now? Luciel can't understand why did it happend today. He turned radio on, thinking that there may be some info in news.

"NASA announced that they are losing connection to the satelites one by one and that many random places are sinking underground. According to reports, new ground arose where land sank previously! Please evacuate to safe zones!"

'New ground arising where it sank? What does that mean?'

As Luciel was processing in his head what he just heard, the ground started to shake. It was almost like something as big as mammoth was stomping right next to him.As he though about mammoth he saw in corner of his eye something purple on the building his car was next to. When he focused on this something Luciel noticed it was in shape of hand, and as he noticed it.. This purple hand moved, revealing a disgusting creature, purple skin, body size of an average building, muscules which were moving like worms, a bald one-eyed head, and four arms.

While he was trying to get out of his car as fast as he can, other people started to notice the monster too, causing massive chaos. When he finally got out he gave last glance at that ''something'' to see if it wasn't going after him, yet he saw that the building which that monster standed next to wasn't where it should be, he instinctively looked up, just to see that the building which was missing was right above him. 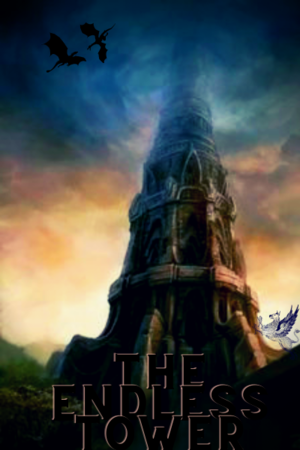