“Who said you could have him?” The endless void stood behind a short blond-haired girl. Her hair was pulled up into two tails hanging on either side of her head. She held the end of the long spear tightly as she wiggled it back and forth, remaining lodged in her victim’s chest. Her beaming smile eerily donning her face as she seemed to enjoy the brutality of her action.

“I-I’m sorry, I wasn’t…” Blood spurted out her mouth as the young girl attempted to speak. Her muscles twitched as the blonde-haired girl pushed the spear deeper. Her screams grew in intensity.

“Why haven’t you died already? This is taking too long.” The girl removed the spear and placed it over her shoulder.

I can’t believe this is how I die. Her eyes caught a glimpse of the bright glow of the sun before she felt her neck sever, the spear delivered the final blow.

“Let me introduce myself. Well, more clearly, just explain what’s going on.” The girl began to speak as the giant rock in front of her began to move.

“I would give you my name first but I have none. Some used to call me the ‘Murderous God’ but they’re dead now so you can just refer to me as ‘The Goddess of Love.’” An arm sprouted out from the side of the rock, swinging at her as she began to speak.

“You’re not even going to ask why I’m here Mr. Rock? That seems a bit rude.” The ground beneath her shook as the rock lumbered toward her. “Are you going to stop and listen or…” The rock body slammed the ground the girl was on.

“You know, if I couldn’t teleport I would’ve died there? Where are your manners?” The rock started spinning as it approached her location quickly. What a stubborn big guy we have here. The girl placed her palm in her face as she shook her head.

She threw her arm out as a spear materialized, clasped securely in her hand. The hilt of the spear had a giant heart covered in red glitter. The other end of the spear had steel billowing out into two large arches, approximating the shape of a heart.

“One last chance, big guy.” The tumbling rock nearly reached her as she swung the spear around playfully. Rainbows trailed the arch of her spear’s rotation. The ground quaked as the rock rose over her, covering her area in darkness.

She struck her weapon forward and with one fell strike, the rock’s rotation ceased. Large cracks in the rock began to emanate out from the spear’s wedged in steel.

Peering through the enormous cracks, the girl watched in quiet anticipation as pink glitter began to gush out in increasing voracity.

“I call that my “Love Strike Finale” attack. How was it?” The girl giggled as she admired the work in front of her. Large chunks of rock were now laid sunk in a sea of pink glitter.

I don’t think I killed them with that right? The girl ventured into the catastrophe of her own creation. “Heyyyyyyy. Are you dead? I didn’t kill you right?” The pink glitter reached her hips as she slogged her way through toward the, former, rock’s center.

“Die bitch!” A man emerged from the sea, hoping to get a sneak attack on the unsuspecting girl. I caught her off guard!

“Nope.” The girl giggled as she smacked the sword out of her hand, punching him in the face sending him straight back into the glitter.

“Wait!!! I have the perfect idea.” She touched a nearby rock chunk which floated at her touch. Clenching her hands together, the large rock crumbled into hundreds of smaller shards. They rose and fell swirling around her small figure.

“What’re you…?” The man rose from the glitter prison, finding the shards circling above his head. In an instant, they dug into his flesh. Each stone tore at his skin as felt them pulling him out. He fought against their embrace, a fruitless endeavor. His body became a patchwork abomination of skin and stone, subservient to the goddess of love’s will.

“Let me go!” The man desperately cried out as he remained immobilized floating above her. Blood seeping out from the rock’s sharp edges as they dug deeper into him.

“I just want to ask one question clearly and I want the truth. Who is after my master?”

“Are you...are you serious? All this for that stupid reason?” The rocks tightened as blood began spilling out into a constant stream.

“Deadly.” She winked as she clenched her fists tighter, the shards of stone reacting in tandem.

“His name is Rantaro Sanji. He…” the shards of stone caved in. A person was no longer recognizable amongst the chunks of flesh that rained down in front of her.

“All I needed. I know exactly where to go now.” The girl slogged her way through the pink glittery sea, executing a hurricane force twirl to dust herself off as she exited. Let me go pay him a visit.

The land before her was a vast pastel toned nightmare. Tall pink mountains stretched into the distanced, eruptions of what appeared to be cotton candy spewed out continuously from it’s tip.

The sun hung high in the sky, visible yellow lines emerged and faded as she stared at it. The sea shimmered at it’s glare. Gigantic fish remained continually at the sea’s surface, holding out their fins as if to pray for the sun’s embrace.

The trees below her stretched out for miles, a chromatic glare bouncing off each of them. A forest made of seemingly metallic trees.

The fortress situated at the center of this madness was that of a childish design. Large towers stretched into the sky and the castle that stood at its center appeared to be made of plastic.

This is sooooo exhausting. I didn’t think protecting my master’s reputation and honor could turn out to be such a chore. The girl’s blonde hair waved as a gentle breeze caressed her. “This domain isn’t all bad, I guess. Certainly has more area than my own. This human must have some weird obsessions though.”

She laughed as she jumped off the cliff, the wind rushing past her as the trees below her quickly approached. Her legs refused to buckle as they landed on the top of a tall tree, it, in contrast, bent to her demand. The metallic reverberation echoed out as the tall tree began to topple under the force of her fall.

Doesn’t look like this one is going to work anymore. She hopped to the next tree, surveying the area in front of her. The ground shook and a strong gust of wind rushed past her as the behemoth behind her fell to the forest floor.

“Alright Mr. Fortress, I’ll see you soon.” The girl lifted her hand toward the castle at its center, sticking her thumb and index straight out with the rest of her fingers curled in.

“Pew, pew” she shot her finger gun at the fortress’s largest tower as a childish smile formed on her face.

“Oh, crap.” The tower she targeted began to collapse as two gigantic holes destroyed its support.

I should probably apologize for that when I get over there. She winced, the impending duty of apologizing was not something she looked forward to. 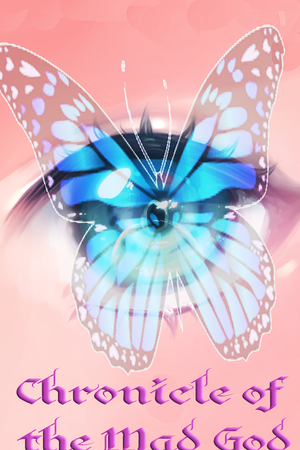