Summoned By A Demon Lord

The sky was like a painting. The golden rays of the sunset lit the entire landscape. Hills filled with beautiful, colorful flowers adorned the distant horizon. In the middle of the vast empty plain was a village of huts made of leather, bones, and sticks. Daunting skulls of different beasts and creatures were loosely hanging on the entrances like ornaments. Teeth and bones alike were worn like necklaces or bracelets. To the unfamiliar, the village was something straight from a nightmare. Bookmark here

There were boar stables, blacksmiths, and armorsmiths. Green humanoids with sharp teeth and pointed ears walked about in the alleys. More than a couple were engaged in duels, surrounded by a crowd.Bookmark here

Duels and deaths were a common occurrence in this village. In fact, it was a rather peaceful day with no tally of death. At least, not yet.Bookmark here

In the middle of a huddled group were two gnashing goblins. One was holding a dagger, and the other a knife. They bared their teeth, hoping to intimidate the other. The crowd was chanting, shouting their betted warrior’s name. Bookmark here

The two goblins were glaring at each other, trying to figure out what the other was thinking. The next second, an audible swoosh filled the air. The both of them simultaneously charged at each other, weapons at hand. They were both aiming for the kill. But just as they were about to clash, a fireball fell from the sky. Their green skins instantly turned black and crisp as soon as it touched the condensed inferno. The crowd was caught in a moment of terror, but a dozen more fireballs followed. The crowd went into a frenzy. Some sought places to hide, while the others donned their weapons and armors, preparing to fight. Bookmark here

An army of fifty was charging at the village. The ones leading were riding horses, and following them were armor-clad foot soldiers. The ones at the back were a line of humans donning purple and blue cloaks continuously casting one fireball after the other. Bookmark here

The panicked goblins hurried to meet the army, but their disorganized attempt of self preservation was futile against the premeditated charge. The cavalry made a quick work of the charging goblins and made a path for the infantry to pass through. The infantry slayed the goblins who managed to the cavalry’s onslaught without slowing the charge.Bookmark here

The cavalry, led by the white-armored man, didn’t waste any moment after setting foot at the village. The man hacked the first goblin that entered his sight. He strided across town as if it was a parade. However, a river of green followed his wake. His men, following suit, slaughtered the entire village; child, male, female, old, and young alike. Bookmark here

Within an hour, the entire village was rounded up. Even the ones who tried to hide or flee were cut down. After the raid, only a mountain of goblins, oozing green liquid that flowed like a river, in the middle of the village remained. The man rounded his men. He stood beside the mountain and put his hand on it, not minding the foul stench. On his other hand was a lit torch. Bookmark here

“Men, we have successfully obliterated these vile creatures! This is not a victory that I, the Golden Sun, obtained alone. Rather, it is one that each and every one of you has contributed to. As such, I offer this to you! To us!” proclaimed the man. With a calculated move, he flicked the torch on top of the mountain. The moment it touched the green liquid, the mountain caught blaze. A gigantic goblin bonfire lit the night like a beacon.Bookmark here 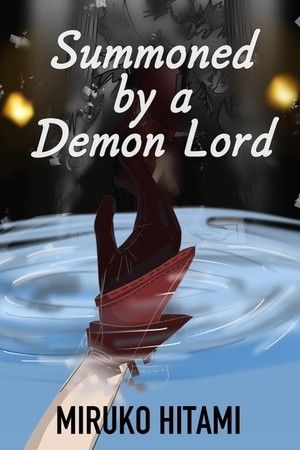 Summoned By A Demon Lord