The sunrise every morning consistently brightened the mood of second-year student Yamagata Yoichi, it's the only thing he could trust. He was never very social, he had very few friends. Everyone he considered friends, we're only using him. All of them left when they got what they wanted out of him. His father was rarely home, only one night every week. Bookmark here

Yamagata lived a normal life, nothing about his life stood out from the crowd. He never had the best style or the newest phone, but he always kept one important item with him. Yamagata Yoichi's laptop was his greatest asset. He used it for his education, entertainment, and many other valuable purposes. Though there was always one thing about that laptop that bothered him. Every day he'd pack his laptop into his bag and think,Bookmark here

He never did, he had never written anything. Yamagata had come up with plenty of partial book ideas from his dreams, and nightmares. Dreams were his primary resource and motivation for book writing. The only problem is, he could never remember enough of the dreams to form a complete idea. Bookmark here

Yamagata could only remember the minor details, never the whole picture. Even still, writing about his dreams was his goal. He tried as hard as he could to remember his dreams as vividly as possible, to no avail. He eventually gave up on writing and tried to never look back.Bookmark here

Two months later, Yamagata was browsing the internet and he stumbled across a blog talking about lucid dreaming and how to achieve it. He had been told to go to sleep soon, but it was Friday night, so he didn't care. Time slipped by him as he continued to research this topic further. He didn't realize so much time had passed until it was too late. The sun was just starting to rise above the horizon when Yamagata finished reading everything he could find about lucid dreaming. He'd spent more time studying it than he ever did on school assignments. The morning alarm clock rang its bells and quickly got him back on his feet. Yamagata didn't sleep for a single minute that night. Bookmark here

As the kettle whistled and the birds sang, Yamagata was in a daze. He brewed his traditional cup of tea, as he quite disliked the taste of coffee. There was a grocery list stuck to the refrigerator with an airplane-shaped magnet. The TV was on, quietly playing background music to the game console's home page. He had thought about sitting to play some video games with online friends, but he had no choice but to finish the errands.Bookmark here

His keys, obviously playing games with him, were hiding for 20 mins. In reality, Yamagata was way too tired to remember where his keys were or be doing any sort of public activity. The nearest market wasn't far from home, but walking there without sleep makes it seem like tens of miles. He walked by five dogs on the way there, yet oddly enough, he seemed to recall all five dogs looking the same. The entrance to the market was heavily decorated with banners and signs, though he couldn't seem to read any of them.Bookmark here

Once there, the contents of the grocery list on the refrigerator had left his mind entirely, and he'd forgotten to bring it with him. The market was full of bright lights, flashy signs, and intriguing goodies. As he wandered around aimlessly, a man of tall stature approached Yamagata with a bold look on his face. The man stepped close and said,Bookmark here

"Young man, you look ill, is everything alright?". Bookmark here

At that moment, everything went black for Yamagata. He fainted from exhaustion, The tall man that spoke to Yamagata was barely able to stop him from falling, luckily others from the crowd joined in to help. Out of concern for Yamagata, the tall man called an ambulance to assist, though vastly unnecessary.
Bookmark here

Yamagata Yoichi, asleep at the market, had his mind flooded with thoughts of dreaming, and how to lucid dream. He began to dream about an average visit to a coffee shop, or so he thought. He was oblivious to it at first like we all are, but this coffee shop was by no means ordinary. The walls weren't solid, flowing like waves. Each sound echoed around the room unrealistically loud. Beyond it all, if he would have willingly looked outside the coffee shop window, he'd see the truth behind these things we call dreams.Bookmark here

Though, for the moment, he is happily dreaming about a normal coffee shop with nothing out of the ordinary. Then every detail he learned about lucid dreaming kicked into action. Suddenly, it was like waking up, except waking up still in the dream. He could see everything for what it really was. Including his incredible hatred for the smell of coffee. Though, the being that stood just outside the shop window took him by surprise.Bookmark here

Outside the window, the street corner was dark and arid. It almost looked like a post-apocalyptic movie set. There were no signs of life except one. About 5 feet away, was a large shadowed figure. As soon as Yamagata looked at the figure, it began to walk toward the shop door. Yamagata turned to face the door and noticed that everyone inside the shop had disappeared. The figure stepped through the door into the light and made itself known. The figure, with a deep voice, spoke boldly.Bookmark here

"You will not remember what you have seen here." Bookmark here 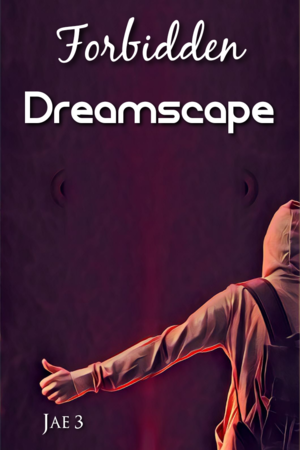