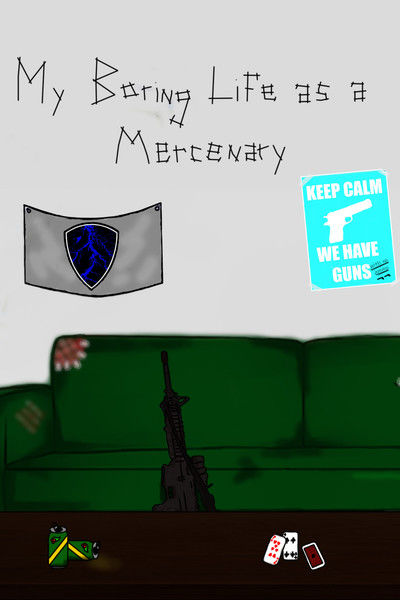 In an attempt to escape from his generic tragic past and to start a new life full of action, a young man from the east had the brilliant idea to join one of the biggest and well know mercenary groups of the world, the Black Stream. After months of training, proving his loyalty, and creating a new identity, Kireng (his awesome new mercenary name) was assigned to one of Black Stream's field squads, and his life filled with guns and adrenaline was finally about to begin. But what he was not expecting is that his team's hideout and operation area is in Little Clove, a very peaceful city. Now he's stuck in one of the most ordinary and boring places in the world with a bunch of weirdos. Why does Black Stream even have a hideout in a place like this?