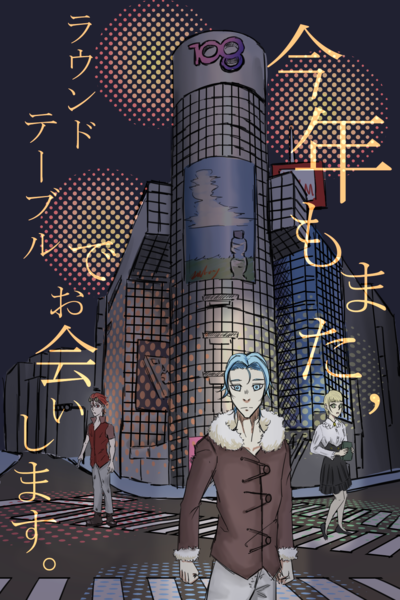 For only one night every year, on July 7th at 6 PM, gates to other worlds open all around Shibuya, Tokyo. However, it isn't dragons, orcs, or elves that come through those gates. It's the royal families of the kingdoms and empires of other worlds, and they've arrived in Japan to enjoy the summer festivals!

"This Year Again, We Meet at the Round Table" follows three heirs to different thrones: Fior Deniev, the heir to the wintry, mountainous Deniev Empire; Alistair Vermilion, the prince of the steampunk-like island Kingdom of Redjuve; and Vell Eden, the princess of the plains-surrounded Chartreuse Kingdom.

Only able to reunite once a year, Fior, Alistair, and Vell make the most of a night out of the shackles of royal court life before returning to their worlds at midnight, but as they grow older and closer to succeeding to the throne, they must deal with the harsh demands of managing a kingdom, and its effects on their friendship. 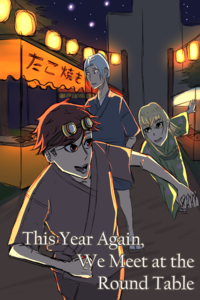 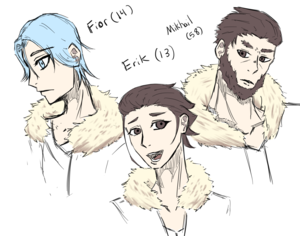