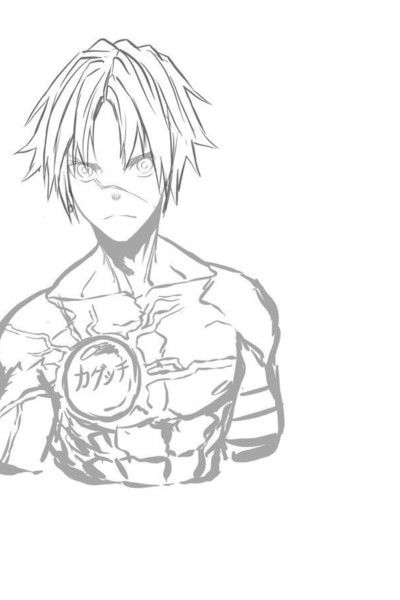 Destroyers are colossal monsters that wandered the earth, laying waste to all things. When Jun was a child, his village and family were victim to one of the strongest Destroyers of all, Vulcan.

However, when the Destroyer saw young Jun charging at him, he took interest in the dauntless boy. Thus, he kidnapped the child and raised the boy on his own, teaching him the ways of a Destroyer.

After a decade of slaughtering innocents as Vulcan's blade, Jun still has not lost sight of his ultimate goal. Avenge his family.

But even as a Destroyer, he realizes that he must acquire more power if he hopes to accomplish his dream. After infiltrating human civilization, disguised as a mortal, Jun joins the Blade Guardians, a military established to combat Destroyers, in hopes of gaining the strength to one day kill Vulcan.

Many humans hold personal grudges against Jun, who destroyed their homes and families, just as Vulcan did to him. His past will never stop chasing him.