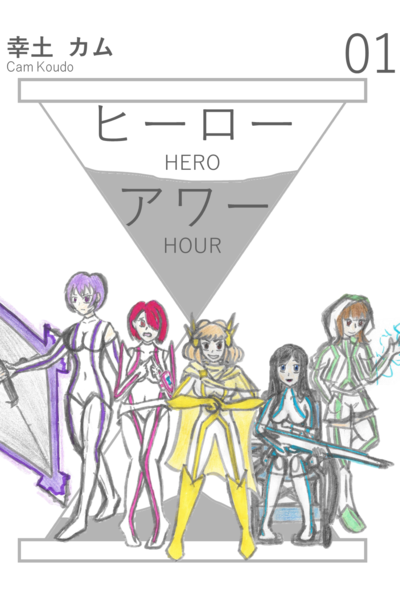 One day, Reina Ueda accidently purchases a strange device that allows her to summon and pilot a giant mech!? On top of that, every night kaiju start appearing all over the city, threatening to destroy it! And to make matters worse, whenever they appear time stops for an hour. Only Ueda and a few other girls who acquired similar devices, are unaffected by this. Now it is up to them to defeat these monsters within 60 minutes before it's too late!