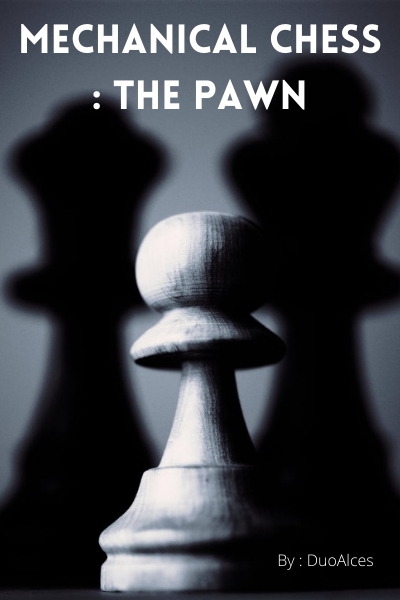 The Harshawk Revolution, the war that threw the world into turmoil for nearly 20 years, has ended. The rise of mechs and pilots to the world stage had become instrumental in the victory, and the world governments believed they deserved to be honored for their efforts. They created a new sport called Mechanical Chess, a marriage of the game of thinkers and the instruments of war. It brought the spectacle and violence into an organized battle to see who was the greatest.

Harrison Andross, the son of two of the most famous pilots from the war has just been drafted to the Chicago Sentinel's. Eager and ready to fight he longs for the opportunity to step out of his parents shadows. But Harrison's goals are sidelined when he discovers an unfortunate truth in an accident that could redefine the "Victory" his parents fought so hard for. Torn between doing what's right and wanting to succeed as a pilot, Harrison tries to do both. Using his new position to find how the war really ended.