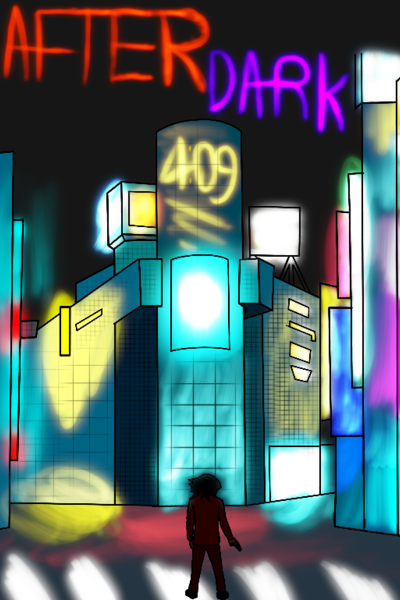 Twenty three year old Aiden Nakamura lives a mysterious life. One of money in a lavish, luxurious lifestyle and yet, he still tries to find that childish rush he's been missing, leaving him stuck between the high and low of the social hierarchy. This life is brought to a halt one fateful night as he falls for a woman with the voice of a siren, making him forget about his worries, with the only thought left being to run away with her. But as it turns out, while the night may hold many secrets, she holds more... ones that lead to a night of bloody dramatics and an intense chase to get her to safety, away from those who follow.
'After Dark' is an intense thriller taking place within the span of a single night, following the mental state of a man with no place in society and the woman he must protect.