In a mental hospital, there’s a young lad named Shinoige Noroishi, a man who’s said to have lost his mind after an intense family argument leading to the father’s death. Everyday, Shinoige gets a visit from his family hoping for him to get back to normal but just like the early visits, they only get nonsense.Bookmark here

Today, me and Hirohiko Ishida, his special doctor came to visit him hoping to get answers for his disease, but we always get the same response:Bookmark here

The doctor asked where to find this cloaked fellow, Shinoige responds that we can only see him if we are in despair or in regret or something we thought of it as a karma for him since his father died in a heart attack because of an argument with him but we still wonder, why did this thing only started after Shinoige’s father die? I’m clueless.Bookmark here

After the inspection I asked Dr. Ishida if he has any possible diagnosis for Shinoige’s disease but he is clueless as well.Bookmark here

During our lunch we’ve heard a scream from a guy in one of the patient’s room, we rushed to the room and we discovered that the scream came from room #665 also known as Shinoige’s room, when we entered the room we found a scared Shinoige stuck on a corner and screamed the following:Bookmark here

We asked Shinoige on where is this entity and he pointed on the dark spot of the room so we wondered that Shinoige has a case of Nyctophobia so we recommend his caretaker to bring him to somewhere bright but later on, we regretted that diagnosis since even in brightness, he still saw the said “entity” so me and Dr. Ishida decided to observe Shinoige at night.Bookmark here

During the night time, we started observing Shinoiges actions. When we see his room, it's so bright, brighter than the sunlight, so bright that it’s hot like it's still day time.Bookmark here

We asked his caretaker if it’s always this way but it only started today since every day his disease gets worse.Bookmark here

A moment later, when everyone slept, they turned off the lights, then later on we heard a shout once more in Shinoige’s room.Bookmark here

We rushed over and what we’ve seen is one of those other unexplained situations.Bookmark here

As our sweat drops we witnessed Shinoige’s body getting tortured by the entity he said earlier, as the entity stabs Shinoige’s body with its bare hands, his skin crumbles and his insides are on the entity’s hand, we rushed to get Shinoige away but the entity rushed to us as well which sliced Mr. Ishida in half with the insides grabbed as well, before I could react the entity swiped Dr. Ishida's head making his brain fly over to the ground and a hole on his face. Everything was so sudden that I just couldn't process everything. I don’t know what to feel, my thinking is messed up so I decided to continue on rushing to Shinoige.Bookmark here

The moment I aided the kid outside, I got stabbed by the entity, I got shock since I saw my intestines and insides falling out of my body, I don’t know what to react and my feet can’t move, when I look at the entity, Its the dead rotting corpse of Shinoiges father that is so rotten that I almost didn’t recognize it, after the realization he stabbed me again in the eye making me knocked over with half of my brain and skull throwed by the father beside me.Bookmark here

As I try to call for help, my insides kept on going out so I tried to get the gun with my grandfather’s enchantment but the moment I touched it, the entity smashed my hands and when I’m in the moment on passing out, the entity called me and said these words:Bookmark here

After he said these weird words, he dragged Shinoige with him to the darkness with him smiling, and I couldn’t do anything to stop him as the day comes out my insides came back to me while Dr. Ishida is dead, maybe it's because his brain is scooped out of him? I just don’t know. As I finished this entry, I wondered, why people's bodies get a nervous reaction when seeing something they can’t explain?Bookmark here 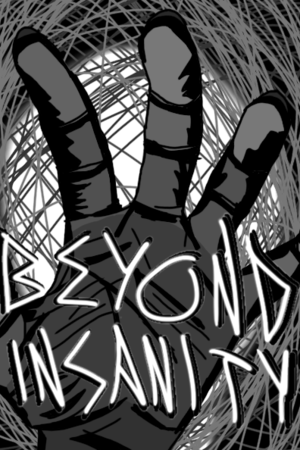