CHAPTER 3.5: CHERSEA ON THE EVE OF WAR

“Yep. I fought with them in the tourney before, if you could still remember.”Bookmark here

Lily sighed, “Oh, so that’s why a few of them are familiar to me…”Bookmark here

“It’s pretty convenient that they were attracted by the news of the Imperial armies in Amaranth. I just found their hidden base somewhere in the city.” I pointed out to their leader, “By the way, that guy—”Bookmark here

“He’s a guy?” Lily’s eyes widened, “All this time, I thought he’s a girl.”Bookmark here

“Don’t worry…” I snickered, “Even I initially thought he was.” Well, what I meant was that I initially thought that Griff’s counterpart in the manga I read before was a ‘she’, but explaining it to Lily would be a hassle, so I just kept silent, “The name’s Griffyth and these guys are from the ‘Band of the Oak’.”Bookmark here

“Well, tell me. What are their numbers, and what can they do?”Bookmark here

“They got a thousand men, with more to come in later.” I explained, “As for their abilities…Hey, Griff! Come over here!”Bookmark here

Griffyth then presented himself over to Lily, “Oh! If I’m not mistaken, this pretty lady over here is the Iron Princess of Nerfes, Lilyhaven von Leese! How are you, Your Highness?” He followed it with a bow.Bookmark here

“He’s quite got a tongue, Kuro, huh?”Bookmark here

“Well, Princess Lily wants to know the abilities of your men.” I told him, “Can you show her?”Bookmark here

“Certainly.” Griffyth then whistled to his men, “Alright boys…and girls (he referred to Kashca here), time to show what we can do!”Bookmark here

At Griffyth’s command, the mercenaries of the ‘Band of the Oak’ formed a disciplined standing formation. Then, he shouted his order, “Shield wall!”Bookmark here

The men brought up their shields and raised their swords in a combat-ready stance. Though it looked ugly because of the different shapes of shields forming a formidable defensive wall, the tactic reminded Lily of the formations used by the Imperial legionnaires.Bookmark here

“That’s because I was once a legionnaire, too,” Griffyth explained to us.Bookmark here

“And that’s not all…” Griffyth continued, “Pikes on the double!”Bookmark here

At once, the men dropped their shields and swords and quickly chanted magic that caused their pikes to appear on their hands.Bookmark here

“They can also use pikes?” Lily couldn’t keep herself from getting surprised.Bookmark here

“I cross-trained them in using different weapons.”Bookmark here

Griffyth had a look of triumph on his face. However, he’s still not finished yet, “Kuro, look at this! Demons out!”Bookmark here

The mercenaries dropped their pikes and chanted their magic once again. Much to my surprise, matchlock guns appeared on their hands, complete with an already lighted slow-match.Bookmark here

“Fire!” their commander shouted. At once, the mercenaries fired their matchlocks. Though it was not in-sync (unlike in the movies), the successive loud bangs were still impressive enough to create surprise to the leaders of the holy coalition.Bookmark here

“Well…” Griffyth explained, “…that demon weapon you used before in our tourney fight left a huge impression on me. It could easily rip armors, so I thought it would be beneficial for my men to be taught in using it. That’s why we’re also in Cherflammen; to get these weapons…”Bookmark here

“That’s something that Sir Kuro used to destroy the armor of the Templar-Prince of Baltes, eh?” the Earl of Yaris muttered, “From its sound alone, it is terrible.”Bookmark here

“Those are explosions you heard, Your Excellency.” I explained, “The force generated by these small explosions generated inside the barrel of these matchlocks powerful enough to push the small ball and punch through any type of armors.”Bookmark here

“Yeah, and I heard from the bards that you left a big hole in the Templar-Prince’s body afterward.”Bookmark here

The memories of that time came back to me once again. The thick, crimson blood oozing from the templar-prince, and his deep, labored breaths. It was a good thing that Maddie enforced the ‘substitution dolls’ for safety…Bookmark here

“Well, I think they’d be a welcome addition to our forces.” Lily was more than glad to know that these people were fighting for us. Because of that, she let them fight on the frontlines than stay behind as was in the original plan…Bookmark here

And so, the time for the long sleep came…Bookmark here

The Chersean long sleep would usually begin at around 10 in the evening, following what Maddie had set when she implemented the new system of time-reckoning. Back here in Stadtsberg, the system was still in transition, and many people were currently adjusting to it.Bookmark here

By the time of the long sleep, there was still some crowd in the streets, never bothering to even seek shelter, or go home by 10 pm. Because of this, I went out of our headquarters and tried to go around for a bit.Bookmark here

Honestly, the thought of going to war excited me and made me nervous as well. Nervous because I don’t know if I’ll go home alive and in one-piece, and excited because of my first time actually taking part in one. The closest thing I’ve ever been in a conflict when I was on Earth was through video games, where the concept of ‘respawn’ still applied.Bookmark here

In Chersea, if I’m killed…I stay dead unless Maddie intercedes to God for me.Bookmark here

Well, that’s an added security, but I don’t want to abuse such a privilege.Bookmark here

The streets of Stadtsberg were completely different from when everyone was awake. Some shops, in cooperation with the new time system, closed down for the ‘long sleep’. Some alleys that were full of people were now empty of any life, save for an occasional stray animal wandering around.Bookmark here

The stray dog never let me finish my thoughts. At once, it grew big and with quick movements, picked me up and brought me some place outside the city of Stadtsberg, running through the roofs to avoid militia patrols.Bookmark here

What are you doing, Ruro?Bookmark here

Ruro transformed into her Beastman form once she took me away from Stadtsberg. I was about to greet her by tapping her shoulder, but she quickly snarled back at me.Bookmark here

“Hey! What the hell’s wrong with you?” I was shocked by her reaction.Bookmark here

“Huh?” Now that I noticed it, she looked so exhausted, “W-What’s happening to you?”Bookmark here

“I…” Her Fluffy Holiness was trying her best to speak while shivering. I was trying to get near, but she was keeping her distance.Bookmark here

“Is there something you want from me, you ended up dragging me here…” I looked around, “…outside the city?”Bookmark here

“What?” I was chuckling, “You’re going to kill me?”Bookmark here

“I’m serious!” Ruro then suddenly leaped onto me and pushed me down to the ground. She also pinned my arms to keep me from escaping.Bookmark here

“What are you doing?”Bookmark here

“Haa…haa…ha…” I could feel Ruro’s labored breaths as drops of sweat were showing on her head. This was also the first time that I saw her so red, “I-I’m s-sorry! I c-couldn’t stop myself anymore…”Bookmark here

“What do you mean—”Bookmark here

Then Ruro loosened her clothes as one of her arms pinned my hands together. She was also strangely fragrant, as if her smell was inviting me. Her eyes had a weird, dreamy expression to them, and she bit her lips most seductively…Bookmark here

Now that I realized she was a ‘Beastman’—though they may look like humans, they still had their animal instincts within them. Man, I wanted to be popular, but not like this!Bookmark here

“Wait…Rumhmmffff!!!” she never let me finish my plea; Ruro forced her lips onto mine. Please stop!Bookmark here

Ruro suddenly jumped away from me, “I’m sorry…” she said once again, “It’s just that, around this time of the season, I’m…feeling weird.”Bookmark here

“What the heck? And I even used another word!”Bookmark here

“I-It’s the…B-Beastman nature. It’s…really h-hard to resist this urge, th-that’s why I’m saying that you don’t touch me, M-Master!”Bookmark here

“Sorry about that…but why did you even come here if you’re already feeling that way?” I became mindful of my distance after her revelation.Bookmark here

“Will you really be alright?”Bookmark here

“Okay…I guess.” I gave her an ‘air head-pat’, “Thank you for the time to help us, Your Fluffy Holiness. May you be successful!”Bookmark here

Now I’m left in the middle of the field, outside Stadtsberg…Bookmark here 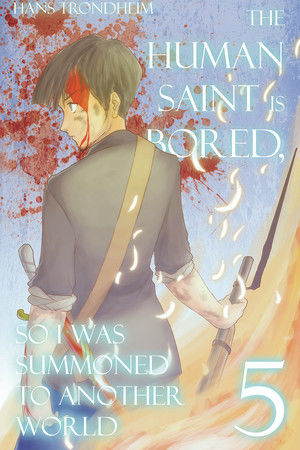