To understand the chaos encompassing all 7 nations, one must first understand the origins of chaos. In this world, magic was a thing of the past.Bookmark here

Nations upon nations constantly stocked up on Magicians and those who had a talent for the arcane arts. They were a formidable military force. For generations, magicians were revered and held in regard over their other military counterpart, Relic Wielders.Bookmark here

Wars happened ever so abruptly, and time after time, Magicians had proven to be a driving factor behind their ensured victories. That was until recent events proved just how little they knew of this world.Bookmark here

Just 80 years prior, the nation known as Yorba shook the entire world. They managed to end a decade-long war, all with the use of a single relic. hundreds of millions perished at the hands of such a devastating weapon, and they became the sole superpower of the world.Bookmark here

Until then, relics were seen as simple objects that held a limited diversity of usage. They were strange tools left behind by a civilization long forgotten. These tools allowed individuals dominion over certain things.Bookmark here

-An orb that can stream flames, a knife that cuts through things without even touching them, or even just a string that can endlessly expand in any manner the user wants. There were countless amounts of Relics in the world, and only a good 40% of the world had the ability to utilize them.Bookmark here

For the most part, their use in battle was of varied effectiveness. That was until Yorba ended the 4th war. With 1 Relic, they wiped out two whole countries. Since then, Relics were remodeled into a ranking system.Bookmark here

It became apparent that most of the relics known to the average man were anywhere from E-rank to C-rank. The Republic of Yorba touted that along with the S-rank Relic "Goodbye Tomorrow", they held at least 2 more S-relics in tandem as well.Bookmark here

Since that time 80 years ago, the world knew no other violence. Yorba, despite being the most powerful nation, kept relatively to themselves and maintained peace amongst the nations.Bookmark here

That peace, however, was one that was very tense. It was a peace in which nations smiled with each other, but scurried in the shadows trying to attain the power that had frightened them all. Since then, 3 out of the 7 nations claimed to have attained a God Relic.Bookmark here

All in all, it is a very tense era of peace. One could describe it almost as a period of rest before true hell begins. The true mark in the change of history begins not within the powerful nations, but subtly, within the farthest and poorest nation on the planet.Bookmark here

In a small village surrounded by darkness and death, a sole woman sat down on the deteriorating stone walls. Her fingers were frail, and hair ashened and scarce. She sat, cradling this small bloody baby, as it cried and cried. From her tattered clothes, bloodstained every ounce of it. She had just given birth.Bookmark here

Just in time before the plague had consumed her. With her body being hardened to that of stone, all she could do was embrace the child as she faded into the second world. "My son...Oh my son."Bookmark here

She released a soft smile as tears dripped down her face. "I'm sorry..I-I cannot...make this journey with you." Tears continued to roll as her lungs began to fill with blood. Nonetheless, she persisted. "But I promise you...y-ou..I promise. You shall inherit the world." With that, her breathing ceased altogether. "Aura.."Bookmark here

The world was a cruel place. Once the tides of change begin, not even the love of a mother and child could prevent the outcome. The baby remained crying throughout the night until it could no longer cry anymore.Bookmark here

Unbeknownst to both the mother and child, its grey skin would give the child the most hardship a being can face. Unbeknownst to her, that single promise she made resounded amongst the heavens, for wheels and cogs moved to will her words to life. This is the story of the child who inherited the world.Bookmark here 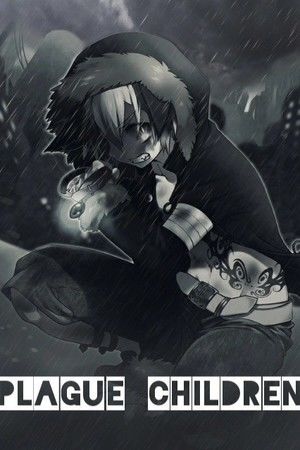