Darkness and silence swept through the lonely woods. It raced through the rustling leaves and swerved past the eerie thickets, to finally meet its end within the scorching flames of a campfire. Circling the flame were two loving parents, they chanted lines from a mystical book. The father held the book and read aloud the unknown scriptures and symbols, while the mother dressed the baby in similar symbols with the fresh blood of a dead lamb. The flames grew as the parents chanted to it. The boy, sitting at the foot of the campfire, looked into the dead eyes of the lamb and the dead eyes of the lamb looked into him. Demons began to creep. They stirred the environment, slicing through the silence and enraging the flames. The demons were warped and vile as they looked upon the parents then to the child, with one loud screech the demons simultaneously lunged at the boy. Shredding and tearing at his soul and flesh while the parents cowered slightly and closed their eyes while turning to look away. As the parents looked away from their horrid and selfish sacrifice, they were met with the pinnacle of existence, an angel. Before the demons could even take another bite of the half-dead baby boy, the angel beheaded them with a flap of its wings. It looked upon the baby and felt the miasma that radiated from him, making it realize this was a sacrificial ritual. The angel was star-struck at the inhumanity presented before it...this pure, calm and collected being came to know rage. It screamed in agony, rippling the very fabric of space and time. For a moment as it spread its glorious wings and howled into the night—knowing that it would soon commit the sin of divine intervention—a crimson streak ran down its left eye. The angel flapped its wings once more, but this time towards the parents...the stream of air diced them into chunks of flesh without a moment's hesitation...chum for lurking demons. Still, enraged the angel stood speechless looking upon the boy ready to take his life and end his suffering for him. But knowing it would succumb to the same fate as the demons and forever crave lust and hatred upon humanity...the angel gave the boy its own life...it merged all of its existence and strength with the boy and gave him back everything they took.Bookmark here

A couple hours later, the locals had contacted the police in response to the sudden scream they had heard in the woods...a scream that they recall sounded like “the sounds that make you want to cry.” The police quickly went to investigate, what they thought was just a wild animal actually came to be a grizzly ritual gone wrong. One of the officers, Captain Borges was the one to come across the baby boy cooing near the now-extinguished flames and drenched in the blood of his parents. He picked up the child in awe, now seeing the deep scar that ran from his left collarbone to his inner thigh and all the blood that wrapped around the boy, seeming as though he himself had killed everything in the vicinity. For the first time since he shot and killed a man…Bookmark here 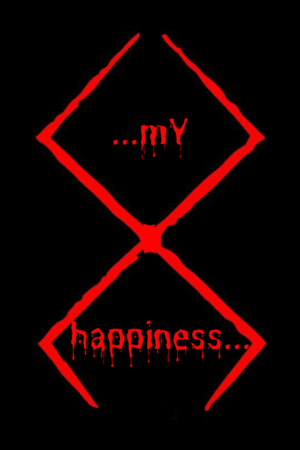