“It has to be this place, it’s the only building with steam coming out of it!” Kaz thought as he rushed towards the structure. Upon arriving, Kaz is stopped by a long slender tail, clad in reflective silver plate, with a halberd shaped blade at the end. The blade then swings towards a wooden plaque on the wall that reads in English, “NO HUMANS'' Kaz shouts out at the unseen entity, stating that he has important business inside, “Yes, I’m a human! But I need to see Saphana!” Kaz is then greeted by a bellowing, but somewhat feminine voice, “Nonsense, turn back human, I won’t hesitate to lop off your head.” The tail then swings towards Kaz’s neck and stops just before meeting his skin. “Lop off my head, why?” Kaz calls out. A brief shuffling can be heard inside before a tall slender figure shows itself in the doorway. Kaz looks up and only sees the underside of two masses of silver plate.Bookmark here

Kaz gulps and takes a step back and once again looks up to see a snake-like figure with its arms crossed, staring down at him. Kaz stands up straight as he is inspected from head to toe, the serpent then leans down and looks at the symbol on his breastplate. Kaz sees the being, it stood up straight like a human, but had a reptilian face, the rest of the body is a lavender like purple color with tan belly scales, “A naga?” Kaz guesses. “Correct! I was expecting you, just not so soon.” the naga shouts cheerily as she wraps her arms around him in a hug. Kaz can barely breathe, as he’s being suffocated in her chest. Kaz calls out desperately, but her hold only tightens. Just on the verge of passing out, the squeeze loosens, and he pulls his face out of the crevice between her chest and gasps for air. Bookmark here

“Sorry about threatening you earlier. Most humans come here wanting to relax in the hot spring, so I have to turn them away. She swings the halberd on her tail around as she speaks. But they don’t speak our language, it’s not the nicest job.” She points to the sign with her tail. “You still can’t see Saphana right now, but you’re more than welcome to take a dip in this spring here with me while you wait! My name is Tasi, what is yours?'' She hisses happily as she takes her armor off and slithers into the steaming pool of water. “It’s Kaz, nice to meet you Tasi…” now Kaz; whose mind is completely blown at this point, thanks to the sight before him, passed out on the floor mid-sentence once again. Bookmark here

Kaz finally comes to, his vision is dark, but his body is surprisingly warm. He feels something smooth rubbing against his bare skin, he rears his head back only to see the cream-colored belly of the naga he had previously met. He then looks down and sees her lower half wrapped around his, he begins to fidget and panic. “Tasi! Where are my clothes! Why am I naked!” Tasi snickers and kisses his cheek, her long ribbon-like tongue flickering around his face, she then pulls away and presses his face against her chest once more. “Do you know what it’s like working in a place with no men, other than putrid smelling human slaves, and some old cranky dragons who just read all day and bicker amongst each other? Just sitting around all day is boring, you’re the first man of worth I’ve caught that I am actually interested in.” She then tightens her coil around him. "You can try and talk your way out of this all you want Kaz.” Just as Kaz begins to accept that he’s stuck inside this naga's clutches with no chance of escape, Saphana walks out of the back room. Upon seeing her enter, Tasi quickly uncoils herself from Kaz. Tasi struggles to cover herself up, “M-miss Saphana, this isn’t what it looks like!” she stutters, trying to quickly slide back into her armor.Bookmark here

Saphana examines the scene, looks over their way and gives Tasi a face of disgust, “Get out Tasi, you aren't needed here anymore.” Tasi looks sadly at Kaz, then darts outside. After a few minutes had passed, Kaz had gotten dressed and turned towards Saphana, “You didn’t have to be so hard on her. She did take advantage of me in this situation, but in the end she was just lonely. I think anyone that turned people away as a job would feel the same. It’s, um.” Kaz struggles to word his next sentence. “I mean, it’s not like I didn’t enjoy myself in the springs. I was just surprised by it all.” The dragon sighs and rolls her eyes once more at Kaz, “You truly are an odd one, you’re too kind to others, that may come back to bite you someday.” She warns him. Bookmark here

“I suppose we had better go find her, shouldn’t we? Also, I had heard of a human running around looking for me. Did something happen Kaz?” she inquires. Kaz nods in agreement, “Well, when you found me, do you remember the big metal carriage amongst all my things?” he thinks to himself, “I’ll just call it a carriage for now to avoid the confusion, and having to explain what a car is again.” As he walks out of the building with Saphana, she replies, “Vaguely.” She then begins to sniff around to determine the naga’s whereabouts. Bookmark here

Kaz continued, “I really need to go fetch that carriage, it has all my things in it.” Saphana, having snuffed out where the naga had run off to, looked back at Kaz, “What’s so important about it? Why should I take you all the way back there? Aren’t we going to talk things out with your new snake friend?” Kaz could tell she was poking fun at him with the last part, she did catch him with his pants down both literally and figuratively. His face turned red with embarrassment, Kaz lightly gave Saphana a punch to the foreleg, “I have a lot of my books in that carriage, and food too.” An idea popped into Kaz’s head. “Oh, if you don’t want to go, that’s fine. I’ll just have to find Tasi and have her take me, I wouldn’t have enough to pay her back, so I guess I’d have to give her all the tasty snacks I have stashed in there as payment.” He prodded, elbowing Saphana in her rough, scaly chest. Bookmark here

Saphana looks back down at Kaz with a mean glare, he feels intimidated for a moment. But her glare quickly turns into a smile, “Quite the schemer, aren’t you Kaz? So be it, once we mend things with Tasi, we’ll all go.” She pokes at him with her wing as they turn the corner to find Tasi coiled up in a ball, bawling in an alley.Bookmark here 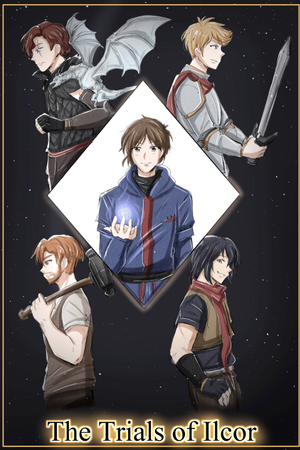 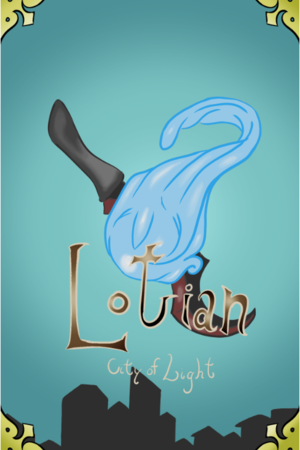