One day he went to an old game store he never seen before in the town. He enters the store and no one is there the place is empty

"So you like this game" a old man said. Dave was Freaked Out.

"Damn! Who are you? you freaked me out" David said with a Gloomy face.

"Haha im the store keeper, no one visited the shop for a longtime. Thats why i thought no one will enter the store.so i slept" old man said with a creepy look in his face.

David Was Confused he lived in this town since he born but still he didn't saw this shop up until now. Yet the store was this old. He thinks deeply

Old man starts to speak "If you want that game i'll give you the game for free! but you have to return the game after you finish it, is that okay with you?"

David was so happy that he can now have this game for free so David agreed to it and went to home for Try out his new game.

"Rule is simple kill or get killed, If you agree to the rule you can play this game"

David didn't know what awaits him if we agree to this. without any clue David Agreed to the rule just by thinking its just a normal Game but it's not.

Suddenly David went blackout and the next think he knew was he is in a different apartment. Ruined and dirty apartment. he looked around he was clueless.

He Trembles in fear without any idea. he opens the door slowly and gets out from the apartment he was completely shocked to see this world.

"Wait! what? what happened to the world why am i in here?"

Its like a modern world with blood. there is almost 20 dead bodies out there. cops shot them out. its raining heavily the blood of that people mixed in the rain and it seemed like a blood river.

A cop comes near me with a gun and asked me

I don't know what to say i'm trembling in fear. this gun is pointing a gun in front of me. what to say? am i going to die?

"Stop it Lyon, you're scaring the kid"

Finally a guy who understands the situation.

"Who are you kid i never seen you before? are you new to the city?" That Guy Asked Me.

"Tsch! He Is One Of Them Silva. we must kill him before it's too late"

Wait No damn this Lyon Guy is crazy what am i going to do?

This Silva guy took me alone and said

"Calm down now. lets get back to my home. I'll fill you in there"

And We Left That Place and went to Silva's home

"now tell me what's going on here? where am i?"

"Sigh... we are in a game called WORLD OF ASSASSINS. I Entered the game 1 Year ago but i don't no how to get back to our normal world"

"Wait Game? are you kidding me? What the heck is going on here"... 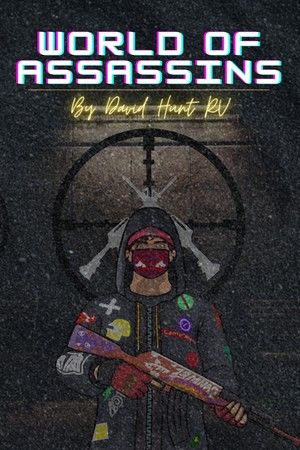