Daniel had spent 2 whole hours in this position and his legs were really starting to get numb. He was hiding behind a bunch of crates in one of the bigger warehouses located away from the mountain pass in the Katoterose training camp. He had no idea how he was gonna send a message to Liz and the others. If he was remembering it right, Faction Dragon was leading this siege. And....wait. Had he seriously forgotten already? Was his exhaustion finally taking over? But why now?

It was all that splitting man's fault. Daniel had no idea what countermeasures his Imperium was gonna take against him. He felt his chest tighten with anxiety. Davy and Cecile....where were they? Were they alright? They were in Liz's elite guard so of course they were gonna be ok. He had to worry about himself now. Bookmark here

Someone opened the door of the warehouse and the balding officer standing in the middle of the room looked up. A tall figure approached him and they started talking in undertones. The timid looking man behind the tall figure was looking around nervously. They were dressed in standard Katoterose military uniform: Dark armour plates and arm gauntlets. Of course, the rest of their clothes were probably safeguarded by an Imperium. There was no way Daniel could simply charge out and take all three of them down himself. He glanced down at his watch. Bookmark here

2:39 am. The victory hour for Anoterose was about 20 minutes away. Only Daniel had to succeed in his task. And then, victory would be theirs. He could finally go back to his parents. The timid guy had spoken up to his superior and was talking to him in a very nervous way. Neither of them were making the mistake of abandoning what they were gonna do next. Faster than the eye could follow, the tall guy's hand went to his back. Letting his instinct take over, Daniel jumped up, just as a knife embedded itself to the wall infront of which Daniel had been sitting. He landed heavily next to the crates just as a dozen soldiers charged forward. Bookmark here

Well, revealing himself hadn't been part of his plan, but there was nothing he could do now. Daniel charged forward himself, unleashing blows at lightning speed. His fists caught some in the ribs, others in the gut, and the rest in the face. He hadn't ever let loose like this, but his fists tore through armour like it was cotton candy. At once, the soldiers who'd charged at him flew back several meters from the sheer force of his punches. They lay on the ground, gasping and clutching at there abdominal regions and faces. He had taken them out before any of them had unleashed their Imperiums. But the fight was far from over. Within a millisecond of Daniel's victory against the fodder, the colonel leapt towards him faster than a bullet and caught Daniel in the chest with his knee. The air was knocked out of him and his vision blurred. He could barely make out the outline of the tall man now. Blindly, he leapt back, just as a fist which had been on its way to crushing his skull missed him by an inch. Bookmark here

Immediately, Daniel's vision cleared. His Imperium had adapted well to fighting power types like this guy. The answer to power, was overwhelming speed. Daniel felt his legs vibrate under him as the dude charged again, throwing out his fist as the air rushed around Daniel. But it wasn't like before. Daniel could follow his movement now. He dodged the blow easily and dived forward, rolling under the guys feet and kicking out his legs from under him. The man fell like a tree and hit the ground heavily on his side as Daniel got to his own feet and knocked out the soldier who had noticed him with a single punch. The colonel rose and ran towards Daniel, making the ground shake. He jumped several meters into the air, leaving the ground cracked from his mighty leap skywards. Daniel watched lazily as the guy made his descent to directly where the former was standing. Time felt considerably slow for him and he knew just exactly what he was gonna do. Just as the man landed at the spot where Daniel had been half a second ago.
The ground cracked and shook. But Daniel wasn't there any longer. He'd jumped back himself at last second, and landed 30 meters away, at the other corner of the room.Bookmark here

The guy stared in bewilderment to where Daniel was standing now, just as the latter sprinted forward at incredible speed. The colonel never even stood a chance. Daniel struck out as soon as the man was within his reach and tore through his armour as if it was made of thermocol. The man gasped as Daniel sunk his fist into his stomach, hard. He slid back a few meters and coughed blood. Penelope had taught him just the right thing. Strike once, but make it worth it. Hit hard enough to break your opponent. The guy was clearly dazed, so Daniel didn't wait before landing the follow up. He dove at the colonel as he tried to take Daniel down. The two of them went hand to hand, with Daniel dodging the his opponent's hits but never blocking one; his durability was too low for that. He ducked, sidestepped and jumped, all the while hitting the colonel several times in the face and the gut, keeping him pushed back. The colonel put out his hands and made to grab Daniel in his desperation. His face truly looked like a mess from all the hits he'd just taken from Daniel. A swollen and puffed eye, torn lips, squashed nose and purple marks all over. Daniel jumped up, missing the huge man's arms and swung out his leg in mid-air, kicking the guy in the side of the face hard enough to knock him out.
The man fell back, making the ground shake.
Atleast that took care of that. And it had only taken him 5 minutes to do that. He walked to the middle of the table to examine the battle strategy.Bookmark here

"Taking good care of my men?" Came a man's voice from behind.

Daniel turned to see that it was the same guy who had ruined Phase 1. The splitting man. Without thinking, Daniel charged, knowing full well that he was outclassed.....Bookmark here 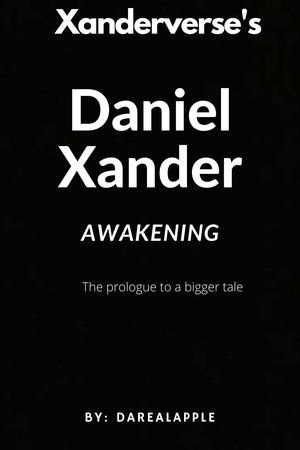