Aku left after closing the door behind him. The master took a long sip of his tea before looking over to us. He gestured for us two come closer.

"Now, let me introduce myself. My name is Kaen. Think of this as your home. Here you will be kept safe against the Malleus. You'll be given warm meals and a warm bed to sleep in. You can go and have a look around with Aku. Aku, please show them around," he said.

I didn't notice that Aku had accompanied us again. He told us to follow him around and explained to us everything. He said that everyone who lives here is like family. Some people train here to fight against those monsters, others take care of everyone. At the end of the day, they sit in the main hall and eat together like a big family. Aku walked us to a room. It had 2 bunk beds on each side and another door at the end of the room.

"You can rest for a little while. The food will be ready in an hour or so. Someone will come to get you," he briefly informed us and left.

I walked over to the other door and opened it. A bathroom was what I saw. It had no windows. Now that I thought about it, I didn't see any windows as we walked around the building. I looked at the twins and saw that they already were fast asleep.I sighed and walked out of the room. People walked in and out of the kitchen. I decided to look what was going on and I saw the chefs were preparing large amounts of meat. The meat looked really weird, which made my stomach turn. Two men carried a huge table outside. Other people carried large amounts of wood and coal outside. I followed them.

"Put the wood over there."

"We need more tables and more grills. Have you seen how much meat there is?"

"Come on! Don't work so slowly. We need to finish preparing before he arrives."

People were shouting from all directions and working quickly. Lamps were being set up and lights were hung on trees. I saw people setting the tables and others starting a fire. The sight before me got me excited. Everything looked so lively. A little girl was sat under a tree and was playing with her toys. She had her long black her in a bun and wore purple purple dress. She was smiling at her stuffed bunny and poured some tea in a cup.

I saw a little flower garden and approached it. The petals of the flowers were red and shaped like little stars. There was a black crystal in the middle of it. The stem of their flower was white. They were beautiful. Breathtaking to be exact. My hand reached out to touch, but I felt a tap on my shoulder.I turned around to see the little girl looking at me.

"Dont touch it, if you don't want to get hurt."

"I mean you can touch it, but you're won't feel your hand anymore. Im sure you don't want that and Aku won't be happy," she explained.

"It's because I heard him say that you're special. I think he likes you," she giggled.

"What do you mean?," I asked her confused.

"Don't tell Aku I told you though," she looked at me innocently.

"Hina, there you are. Come on, Eddie has been looking fo you," Aku called her and made his way to us. Hina ran over to him.

"Aella, you're here too. Don't be late for dinner. Everyone will by the fire when the sun is fully set," he told me and they walked back into the building.

In a second it got really silent, indicating that I was all alone now. I walked closer to building and grabbed onto the wall. My knees started to shake as continues tears began to fall out of my eyes. My thoughts started to jumble up, as I searched for answers.

'Why am I here? Why did I have to be transported into another world? Why me? Was it because of what I did? I thought I repented for it? Was the deed that I did so big that I needed to be punished like this?"

I began to think of millions of solutions to my own questions, but it all led to the same answer. Slowly, I started to feel tired from all the thinking. I could feel a headache coming in. My eyes began to feel heavy, but before I could fall asleep, I felt something drop onto my face. I wiped it off, when another drop fell on my face.

"Nicely done! Are you stupid? What if someone saw?" said a hush voice.

I looked up and a bump formed in my throat, as I stared at it. There it was, hanging from the building. I began to scream as I stared into her cold eyes. Her pale skin was dyed red from her own blood. I put my hand on mouth to stop screaming.

I heard rapid footsteps making their way towards me. I couldn't take my eyes from her and continued to stare at her lifeless body in disbelief.

'Was it really her?'

'I has just seen her a few minutes ago'

The footsteps came closer as each second passed by. I don't know when, but it started to rain heavily. The footsteps finally stopped right behind me. Someone shook my shoulder heavily, trying to gain my attention.

"We need to leave," whispered Delmira as she stared at the body of Hina, which was hanging off the edge of the roof. Blood drops kept falling on the ground. It had created a small puddle. She was barely recognisable.

"We need to leave, now!" shouted Keres, trying to gain my attention.

"Aella, you need to move before they come!" he said, indicating that someone was looking at us. I looked around to see who it was and I saw two men, that were stood on the road, look back at me.

Keres walked over to me and grabbed my hand. He dragged me away from the flower garden and began to run. I heard people shouting our names or trying to ask us what was wrong, but we kept running. I started to see the gate approaching. The master was stood in front of it with Aku.

"Master, they've seen it. They've figured it out," he said knowingly.

"Now, now. Are you sure about that? You know how dangerous this world is? Don't worry, I will let you leave. For now. But you will come back sooner or later. Take care till then," he said and disappeared.

Hmm 🤔 how was this chapter? If you like, let me know. If you have any suggestions, let me know. I hope you enjoyed. Please comment, vote and share! Until next time (っ◔◡◔)っ 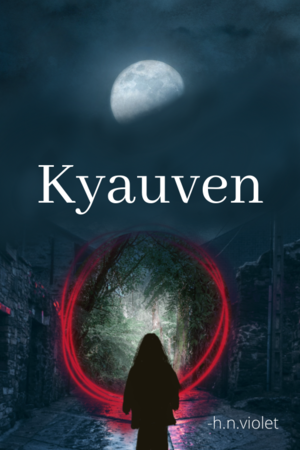