Welcome to the Room.

A Room With No Blood

A girl lies on the ground of a simple small white room, four walls, a ceiling, and a floor. There is nothing else inside the room besides her, she leans up and looks around anyways. She wonders where she is, which leads her to think about the last thing she remembers, which in turn reveals to herself her inability to recall much of anything in the last 24 hours. Her name also escapes her as she becomes increasingly more concerned, climbing to her feet and running over to the walls. The walls had slight grey box outlines that could perhaps be doors? She pulled and clawed at the wall to no effect, continuing to try from one wall to another.

“Hello 039, please make your way to the center of the room.”

Her head darts around trying to figure out where the voice had come from. “Hello? Can you hear me? I don’t know where I am! Can you help me?” She called out. Her eyes shaking with the hope that she might not really be alone.

“Return to the center of the room 039.” The voice repeats again.

The voice did not sound automated, sounding as if there really was a person who was there. If so, she just needed to get their help, they seemed to know something she hadn’t, so she did as instructed. Stepping into the center of the room she stopped waiting to see what the voice would ask of her next.

“While staying in the center of the room please take a look to your right.” The voice instructed.

She looked to her right, the white wall turning clear and revealing another room. That room looked much like her room, with a man also standing in the center and looking at her. She raised her hand and waved, the man waved back. Suddenly the floor glowed, a small red ring appearing on the floor around her.

“Welcome 039 and your opponent 128. This game is quite a simple one, your objective is simply to make the other person walk out of their ring. Once one of you steps out of their ring they lose.” The voice paused, “And 039, as this is your first game I will give you a brief explanation of the room games. You are in a room, there are quite a lot of rooms actually. But your goal should be to win your room games and escape.”

The woman looked around confused, “Am I 039? And what happens if I lose, I never leave? How many games must I win? Who are you?”

039 looked at the clear wall looking at the man in the other room. “Hey! Do you know where we are?” She called out. But it seemed the rooms were soundproof as he didn’t react at all to her call. What should she do now? Might as well win the game while she figures things out. She took a moment to think of how a game like this could be won. Trying to convince the other person to leave their ring seemed like a good strategy if it weren’t for the rooms being soundproof. Since they were in different rooms it’s not like she could knock him out of his ring. She stood watching 128 to see what he was going to try, but he just stood there staring at her, most likely in the same situation she was in. How can you make someone leave the ring without being able to interact?

An hour passed without either of them leaving the room, it had become clear to 039 how you were meant to win. At some point a human needs to sleep, so at some point one of them is going to stop standing in the tight circle. There was also the matter of food, standing for hours was going to tire them out, so without food there is the possibility of collapsing. Could she out last this man? 128 looked to be in his forties and although not fat was not quite slender either. He didn’t look very tired, but it had only been an hour. The voice interrupted her thought.

“I’ve been instructed to ask you to stand on a single leg. Please stand on one leg.”

This was quite ridiculous, but they both did as they were told. The red circle closed in, now surrounding their single foot. A single slip would result in losing the game. Standing on one leg was going to speed this game up quite a lot, it’s nowhere as easy as standing on two legs. And so another 3 hours passed, the two of them just standing there on one leg watching each other. 039 could feel her leg aching, she wanted to just drop her other leg for just a second. She was also beginning to feel quite sweaty from standing for so long. She removed her hoodie she had been wearing, now just in a t-shirt and some long pants. Tying it around her waist in case she needed it for later. 128 glanced over at her smiling a bit creepily as she removed it. 039 was feeling tired and wanted nothing more than to sit down, to stop this torture.

Another painful hour passed, and the voice returned with a new request. “We will now be increasing the difficulty by adding a new factor.”

“What does that mean?” 039 asked, calling out to the voice she knew couldn’t hear her. A quiet clicking sound came from the wall behind her, the circle around her foot made it impossible for her to turn around. She then released a small hole had opened behind 128, with something climbing out of it. Was the same thing happening behind her? She stared intently at the small creature trying to figure out what it was. She pointed in its direction, but this didn’t seem to alarm 128. The creature had just made it to 128’s leg and was now hard to see. It was definitely small and black, but what it was 039 was unable to tell. She shook as she felt something cold touch her leg. Looking down her eyes met those of a large spider. She nearly jumped, but made sure to not leave the circle.

A quiet scream came from her right, 128 seemed to have screamed loud enough to make a sound on the other side of the barrier. 039’s eyes darted to see that 128 had jumped out of his circle when a similar spider had begun crawling on him. Perhaps he was more scared of spiders then she was?

“128 has lost the game. 039 is the winner. Congratulations 039.” The voice said. The circles on the floor disappeared.

039 dropped her other leg back to the ground, finally she could rest it. She lowered herself down to the floor to sit down, her legs were aching. Her head jerked upward at the sudden sound of banging. 128 stood behind the glass banging on it, it looked as though he was upset or panicking. “What’s wrong sore loser?” She asked. His eyes looked full of fear, he muttered something she was unable to hear. Then he appeared to just sink into the ground. 039 jumped to her feet and ran over to the glass wall to see what had happened. She looked down through the glass at a void where the floor had just been. A clank came from the wall, a door now opening.

039 sat back down on the ground breathing heavily. What had just happened? Had 128 just died, it must have been because he lost, right? Was she going to die too? How many games will she have to play!?

Her thoughts were interrupted by the voice, “Please enter the next room through the door which has just opened.”

She didn’t know what would happen if she didn’t, so she did as she was told.

Walking through the door she found a room identical as the one before. The door she came through sealed back into a wall after she walked through. Will the next game begin immediately?

The voice spoke, “Thank you 039. Congratulations again for winning your first game. You have won both of us a bit more time.”

039 wasn’t even given time to ask the voice who they were, or any other question. How long were the chains of administrators over administrators? But she was getting to rest in a sort of way, although her life was still on the line. She walked to the center of the room looking for how she would be the administrator. Her question was answered as a monitor raised out of the floor. It showed two different rooms with two separate people on it.

“Hello 039, please pick who you are betting on.” A more feminine voice said.

Ah so she would get to pick. She looked down at the monitor, examining the two figures. On the left there was a man with a beard who looked a bit old, and on the right there was a man who looked to be college level. She thought over her options, a timer appeared counting down from 60 secs. She only had her own test to compare to, so she did. The older gentleman perhaps would not have jumped when a spider climbed on him. But would the older man be able to compete in an endurance contest for as long as the younger man? Were all the tests physical? Or could this older man’s longer life lead to more knowledge for a knowledge based test? She tapped on the older man, crossing her fingers that this test would be different.

The old man grumbled to himself but made his way to the center of the room. The screen lit up with her next instruction. She read it out, “Welcome 194 and your opponent 45. This game is quite a simple premise, your objective is simply to not fall. Once one of you falls to the ground the other one is declared the victor.” The instructions then said to pause then continue. “And 194, as this is your first game I will give you a brief explanation of the room games. You are in a room, there are quite a lot of rooms actually. But your goal should be to win your room games and escape.”

The old man looked confused, yet was nodding. 039’s eyes widened as the next instructions appeared on the screen. She took a breath to calm herself, “The game will now begin. In one minute we will begin removing the air from the room. Good luck.” She released the “Talk” button and sat down on the floor. The hard part for her was hopefully done for now. Now she just needed to wait and see how the game plays out. She probably lost, an old man’s lungs must be weaker than those of a young guy. She lied down on the floor, closing her eyes hoping they would be okay.

After a minute a chime sound came from the monitor, 039 got up and looked to see what she had to do now. The monitor stated, “You and your player have won.” 039 stood not knowing what to think. How her previous match had lasted hours, and this one lasted less than two minutes. How had the old man won!? She looked at the other room, seeing the young man had dropped down to the ground. The floor dropped out from under him, dropping him into a dark void. The monitor instructed her to congratulate her player and read the explanation of administrators.

She read out their script and watched as her player entered his next room. A door opened to her left, the monitor instructing her to walk through it.

This was just the beginning for 039, what else awaited her? 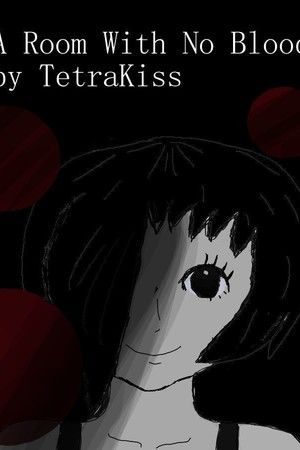 A Room With No Blood