The sound of a buzzer going off filled Ichikawa Kobayashi’s ears. The final timeout was over. He now had to get back with his team onto the court. They were tied with Kawaguchi High School, 100-100. The coach of Kobayashi’s team used his final timeout. In order to let his team, Shibuya High School, the opportunity to start their possession at half court, with seven seconds left on the game clock.Bookmark here

Kobayashi did not want to let his coach, Shiro Oujiro, down today. He was extremely grateful to the man for his help. His thoughts drifted back to the day he first started high school as a first year. He had tried out for the school team. Once again, he performed brilliantly in the practice match. He passed all the physical ability tests with good scores. He was only worried that his lack of height would come back to haunt him again and ruin his chances of selection. But Coach Shiro Oujiro had seen past Kobayashi’s short stature. He could only see the immense potential, the monumental passion for the game, and most importantly, a huge and vast ocean of desire to compete and win.Bookmark here

There was no way Kobayashi could disappoint his coach!Bookmark here

Not on this stage!Bookmark here

Not in the finals of the Tokyo Prefecture Basketball Tournament!Bookmark here

Kobayashi’s parents, Ichikawa Kenji and Ichikawa Hiroko, sat in the stands biting their nails nervously. They were so happy that their son was finally living his dream and playing his favorite game on such a high stage. They were thrilled to know that if Shibuya High School won this game, they would go straight to the national tournament. And their son Kobayashi with them.Bookmark here

Ichikawa Kenji used to feel that his lack of height had been passed down to his son, thereby rendering him incapable of playing against the giants that lurked on the basketball courts. But the miracle boy had defied all odds. He had managed to become one of the best playmakers and ball-handlers in Tokyo, and possibly in all of Japan.Bookmark here

He no longer felt like that. He felt proud of his boy as he headed onto the court, his teammates looking expectantly at him.Bookmark here

Kobayashi inbounded the ball to his teammate, who quickly passed it back to him. This was owing to the fact that nobody but Kobayashi could be trusted to handle the ball in this high-octane situation. Two defenders swarmed Kobayashi like marauding hyenas, trying not to foul him, and waiting for an opportunity to steal the ball.Bookmark here

Kobayashi pump-faked and jab-stepped (1) at his defenders. One of them was fooled into thinking that he was going to drive towards the basket, and took a step back. The other defender, however, was not fooled at stayed on Kobayashi intensely. This was exactly what the tiny point-guard had been waiting for. Bookmark here

Kobayashi then crossed-over his defender with such skill and speed that the defender lost his footing and collapsed to the ground. It was at this moment Kobayashi flung up a random, high arcing three point shot, even was the other defender, who had recovered, tried to stop him.Bookmark here

“Ha! What an erratic shot!” thought the defender.Bookmark here

“There’s no way that’s going into the hoop!” thought the collapsed defender.Bookmark here

“NO!” hollered their coach. “INTERCEPT THAT PASS!”Bookmark here

It was with a thrill of horror that the opposition team realized what had transpired. As the ball floated towards the edge of the backboard, the center of Shibuya High School leapt up like a kangaroo and grabbed the ball mid-air. Just as the game clock was about to go off, he dunked the ball ferociously over the helpless defenders’ heads. Kobayashi’s team had won, 102-100. They were going to the nationals. Bookmark here

All because of Kobayashi’s stellar performance of 27 points, 4 rebounds and a monster 15 assists.Bookmark here

Not to mention the beautiful, dead-on accurate pass at the end that won them the tournament, and a place among the nation’s best.Bookmark here

The party lasted well into the night. Finally, the team said their goodbyes and headed home. Kobayashi’s parents couldn’t be more proud of him. Their decision to support their son’s dream of playing basketball was now paying off.Bookmark here

“Well done, son!” cheered Kenji as the family reached home. “I promise I’ll take you to an Izakaya restaurant to celebrate your feat! In return, don’t ever stop playing basketball! Go out there, and make your dream come true! Win yourself an NBA title!”Bookmark here

Ichikawa Hiroko smiled happily. She couldn’t be more satisfied with her family, and with her life, than she was at that moment.Bookmark here

The next day, as Kenji went to work, he found his boss waiting for him. In an extremely foul mood.Bookmark here

“My humble apologies,” said Kenji. “My son was playing in the Tokyo Prefecture Basketball Tournament Finals, you see? I had to be there as his father, supporting him.”Bookmark here

His boss leaned over his desk threateningly. “Do I look like I care?” he snarled. “I want you working here overtime and finishing up all the pending work. To teach you a lesson, you can finish all of my pending paperwork as well.”Bookmark here

Kenji was alarmed at his boss’ behavior. But he couldn’t refuse the man, or risk losing his job.Bookmark here

The boss left, satisfied. Nothing, in his opinion, should matter more to his employees than their work. Anyone who didn’t meet his standards was fired instantly. He would even fire people for entertainment and his own sadistic pleasure.Bookmark here

Kobayashi waited for his father to come home that day and take him to the Izakaya restaurant. Instead, he received a call from his dad telling him that he was occupied with work and he wouldn’t be able to take his son out. Kobayashi was a little disappointed. But he understood how hard his dad and mom worked to support the family. His mom was an English teacher in a middle school. It was because of her that Kobayashi could speak fluent English. He enjoyed guiding lost tourists and chatting with foreigners.Bookmark here

The night faded away and the sun rose. The next day had come. But his father had not returned. Kobayashi had to go to school where coach Shiro told him that the nationals were in a week. And he’d better prepare himself. Kobayashi practice his ball-handling with his four basketballs all day. Upon returning home, he expected his father to be there, ready to take him out. But the house was devoid of his father’s presence. Bookmark here

Kobayashi sighed sadly and went up to start packing for nationals.Bookmark here

Meanwhile, Kenji had just been working all day and all night. He was now extremely fatigued and on his last legs. However, he decided to go home, clean up, and return to finish the work.Bookmark here

“Where do you think you’re going, Ichikawa-san?”Bookmark here

Kenji snapped. It was his boss again. He tried explaining his situation as best as he could.Bookmark here

“Sir, I’m dead-tired. I’ll wash up, get some rest, and come right back. I’ll definitely get the job done for you quickly, sir…”Bookmark here

“So now it’s my fault that you decided to skip work and watch some high school basketball game,” said his boss snidely. “You’re going nowhere. Back to work!”Bookmark here

Even in the six days after that, Kobayashi didn’t see his father coming home and taking him out. He felt slightly anguished that his father had to work and work instead of getting some family time. Bookmark here

“It’s been like this since my childhood!” grumbled Kobayashi.Bookmark here

He went to school as usual, attended his classes and hung out with his friends. The school headmaster invited Kobayashi and the entire basketball team to wish them best of luck for the nationals. The team then went back to the school gym and trained hard the whole day, preparing their bodies and minds for the nationals. Coach Shiro called a meeting to brief them about the national tournament format, the rules, and the etiquette the team had to follow there. He told them that the Japanese Basketball Association’s selectors would be there, scouting for talent.Bookmark here

Kobayashi was now exited for the opportunity. He pranced home like an exited horse. The opportunity was close. It was so close it was almost tangible. This would be a major stepping stone in his journey to the NBA.Bookmark here

The cataclysmic situation he saw at home was something he had never, ever thought could actually happen to someone.Bookmark here

His father was lying down on the porch of the house. With aghast eyes, he looked at his mother, only to see her weeping and clutching her husband. Looking at his father, he saw that his dad had an unearthly tint on his skin and was wearing the same clothes he was days ago. His hair was disheveled and his entire person had a deathly aspect.Bookmark here

It was with a chill running down his spine, and tears filling his eyes, he realized what had happened.Bookmark here

Ichikawa Kenji had overworked himself to death. Bookmark here

1. Pump fake and jab step: https://www.youtube.com/watch?v=6GjXyx4tow0. You can watch the video to know what it looks like. It’s an old video, but it should explain everything.Bookmark here

WHAT HAPPENED TO KENJI DOES NOT EVEN PARTIALLY REPRESENT JAPANESE SOCIETY. HOWEVER, THE PROBLEM OF KAROSHI DOES EXIST, WITH ABOUT 200 DEATHS ANNUALLY. THIS IS, IN NO WAY, MEANT TO OFFEND JAPANESE PEOPLE AND WORKPLACE BOSSES. THE SITAUTION WAS CREATED TO MAKE THE STORY MORE EMOTIONAL AND INTRIGUING. KENJI WAS JUST REALLY UNFORTUNATE TO HAVE A HORRIBLE BOSS LIKE THAT. Bookmark here 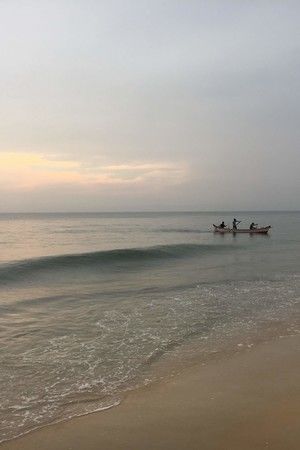 Can you hear the sea?