Alexander, a sweet boy who everyone enjoys to be around with. He has beautiful chocolate brown eyes, dark hair, and a smile that can make you melt instantly. The captain of the football team and the class president. In his spare time, he likes to hang out with his friends Pete, Chris, and Jake.  Bookmark here

A new football player has joined Alexander’s football team. His name is Wesley. Every girl falls head over heels because of how much of a sweetheart he can be. Sometimes even guys. Wesley has light freckles that spread out on his fair skin. Brown hair that makes his blue eyes stand out. Wesley may be good at football but the only reason he decided to join the team was to get closer to the captain. Wesley and Alexander do know each other but they are not really close. When walking past each other they usually smile and greet each other, nothing more.Bookmark here

One day during football practice, Alexander splits up the team in two so they can have a match against one another. Alexander sits down on the side bench with a notepad and watches each individual play and notes down how they could improve their skills. Eyes scanning across the field to see who else he needs to take notes on, they land on muscly thighs that tense with every step taken. Veins that bulge out of the player’s forearm. His shirt drenched in sweat making it stick to his skin, every muscle becoming visible. And finally, those sexy blue eyes filled with such passion as he scored a goal. Alexander couldn’t take his eyes off of him. Wesley turns around and notices Alexander staring at him with a light blush on his cheeks. He smirks and gives Alexander a quick wink as he slicks his hair back with his fingers. As soon as Alexander saw these actions, he immediately looked away and shot his head down. He could feel the hotness rise up from his neck to his face. The match continued but all Alexander could think about was Wesley.Bookmark here

The end of practice came faster than Alexander had expected. As he was on his way to the changing room to get his bag his friends stopped him. “Heyyy! Zander where you going?” Chris puts his arm around Alexander as he asks, cheerfully as always. “I need to get my bag from the changing room,” Alexander replied. Pete speaks up, “Well then hurry up. I’m starvinggg.” He rubs his stomach and whines. “You’re always hungry,” says Jake jokingly as he shoves him softly. Alexander chuckles at his friend’s behavior and removes Chris’s arm from his shoulders. “It won’t take long guys.” He waves to his friends and jogs off to the changing room. Bookmark here

Alexander makes it to the changing rooms and finds his bag. He searches through his bag to make sure that he has everything before leaving. What he didn’t notice was Wesley standing behind him in just his shorts and a towel around his neck. Wesley took his time to scan Alexander’s body. He realized that from up close Alexander has a much like feminine structure. His hips were a bit more curved and his legs smooth. He had to restrict the urge to feel it.Bookmark here

After a good five minutes, Alexander swings his bag over his shoulders and turns around. His face was met with a broad chest and he squeaked and jumped back in shock. He hears a low chuckle come from the one in front of him. He looks up and he sees those sexy blue eyes again. “Wesley, w-why are you here?” He feels his cheeks heat up. “I was using the showers,” Wesley says calmly. Alexander nods, “O-okay, well I’ll be going.” Just as Alexander was about to leave he feels a big strong hand grab his arm. “Let me ask you something, captain.” Wesley takes slow steps towards Alexander until his back hits the wall. “Tell me, on the field why were you staring at me with such a hungry look?” He smirks as he enjoys teasing the smaller figure. Alexander looks down to avoid eye contact. “W-what do you mean?” Wesley leans down to Alexander’s ear and whispers. “Oh, you know what I mean.” The feeling of his hot breath sent shivers down Alexander’s back. Snapping out of his thoughts he pushes Wesley away. “I-I have to go.” He says and rushes out to his friends. Wesley watches as Alexander scurries out and shakes his head, chuckling. “Ahh what a cutie.” Bookmark here 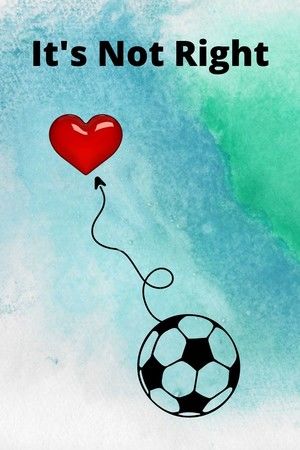