“Would it be rude if I asked who you are? And perhaps where you came from?”Bookmark here

Poppy was getting really sick of all these polite questions. Why the hell was she still alive and not mounted on a tack board somewhere? What kind of game was this prince playing at? If he was doing mind games, she could basically guarantee her loss. She didn’t even know the rules, much less how to properly size someone up.Bookmark here

She’d been alone for the past three years, so she obviously wasn’t prone to being the best judge of character. Not to mention, something about this prince’s face was throwing her through a loop. It was too damn perfect and she didn’t like it.Bookmark here

“Do you not speak the common tongue?” The prince was now propping his head up on the table with his ear laying against his hand. He looked comfortable for having been utterly shocked mere moments ago.Bookmark here

Poppy supposed being a royal meant being easily-adaptable as well. She was still adjusting to the fact that she hadn’t heard a giant creeping up behind her. She should have felt the vibrations at least. Something was off here.Bookmark here

Her only leverage at the moment was her knowledge. So far the prince didn’t know she could understand him, so maybe it would be best to keep it that way. Perhaps he’d reveal a hidden weakness or mortifying secret. This was unlikely, though, and a part of Poppy was admittedly too shy to speak.Bookmark here

“Hmm. That’s a shame,” the prince sighed. “And I was going to give you some chocolate if you spoke to me.” He revealed a wrapped candy from his pocket. “It’s too bad you can’t understand me, though. I suppose I’ll have to eat this delicacy all by myself. That is, unless you speak up now.”Bookmark here

Seriously. Did he think she was a child? She was small in comparison to him, but surely he was smart enough to realize her smaller brain didn’t mean a slighter mind. She didn’t realize she was scowling at him until the prince huffed out a surprised laugh.Bookmark here

“My, look at your face! What an ugly expression; it’s adorable. Fine, I’ll give this to you, but if you can understand me, know it will have to wait until later. I need to figure out a way to give it to you without you escaping…” He scratched his chin. “I suppose I’ll figure that out after returning to my chambers. I can’t have anyone else seeing you or else they might dissect you or something.”Bookmark here

Ha! She knew it. Giants were horrible beings. Although, she wasn’t so sure this was something to be happy about. Also, if she just heard correctly, she was about to be whisked away to the prince’s chambers. Something told her that if she let this prince take her away from the kitchens, she wouldn’t have another chance at escaping.Bookmark here

She wondered how heavy this jar was. Similarly to ants, Poppy could pick up something fairly larger than her; however, glass was heavy. She eyed the prince.Bookmark here

“Where’d I put that lid?” he murmured. Poppy spotted the bronze lid on the counter behind him and waited for him to see it. “Ah! There it is.”Bookmark here

The moment the prince turned his back, Poppy shoved at the glass with all her might. It was heavy, and she could feel her muscles quake with the effort, but after gaining a bit of momentum she was able to slide the jar several inches closer to the table’s edge. Then directly over it.Bookmark here

Poppy was still inside the jar when it hit the ground, and thankfully it only cracked instead of completely shattering. That would have hurt a lot more. “Hey! Wait!” the prince said.Bookmark here

Poppy dashed under the table so the prince would have to go around it. Her mind was a frenzy of adrenaline, and she could hardly think of anything else besides escape! She ran with all her might, legs pounding into the tile faster than ever, and launched herself beneath one of the stoves where there was just enough space for her to fit.Bookmark here

Feeling like a caterpillar, she squirmed her way in deeper so no prying fingers could reach her. It was incredibly dusty underneath here, and she felt herself fighting off a humongous sneezing fit.Bookmark here

She looked back and saw nothing but a rectangle of light difficult to see past. It was incredibly dark beneath the stove, so anything beyond it looked incredibly bright. Poppy squinted and saw the looming shadow just in time to roll backward.Bookmark here

A pair of tongs reached for her. She yelped and retreated farther back, towards the wall. She wasn’t sure her heart could candle much more of this.Bookmark here

“Crap,” she heard the prince say, his voice muffled. Then, “Listen here, if you can understand me know that I don’t mean you any harm. I just want--” the slight squeak and rush of air from the revolving doors sounded. A woman gasped.Bookmark here

“P--Prince Kai! What an honor it is to have you in my humble kitchen! Is there anything I can assist you with?” Poppy used this time to crawl all the way back and against the wall. There was enough space for her to stand here, and it was much less dark and musty.Bookmark here

“Nothing at all,” the prince had politely declined. “I just heard from my assistant that there were some exotic fruits freshly stocked in the kitchens, so I had to take a look for myself.”Bookmark here

“Oh, well you can help yourself of course!” the woman responded delightedly. “Shall I fetch you a plate?”Bookmark here

Poppy could feel a sneeze coming on and she pressed her finger to her upper lip.Bookmark here

“Oh, no,” the prince said. Poppy could hear his smile as he claimed, “I’ve already gotten what I came for.”Bookmark here

She couldn’t hold it back anymore and sneezed. It sounded very loud in her ears, but she silently prayed the giants hadn’t heard it at all.Bookmark here

A pause. “Did you hear something?” the woman asked.Bookmark here

Glittering Jewels in the Starry Crown
Suns and Buns 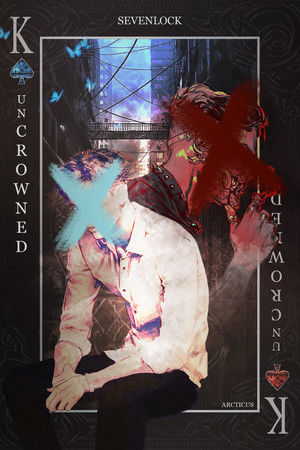