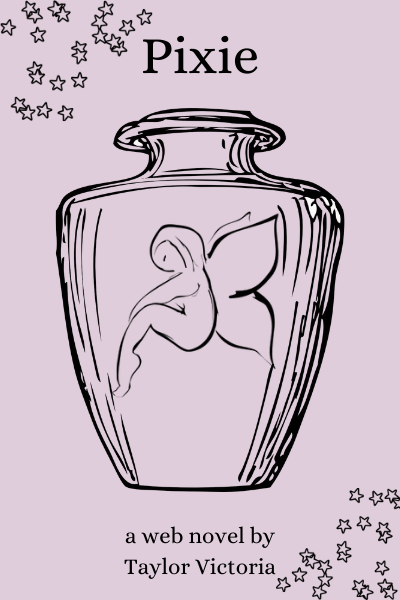 Poppy is a pixie, meaning a fairy with no wings. Due to this uncommon predicament, she was abandoned by her people ages ago. Now, she lives in a large castle, surviving off what she can steal from the kitchens. She's quite stealthy due to her small size, but one day she lets down her guard and is captured inside a glass jar!

Thinking herself a goner, Poppy is surprised to see the bright, curious eyes of the crown prince himself staring at her through the glass. "You're the tiniest thief I think I've ever seen," he says. Will this be the end for Poppy, or will she manage to convince the prince she's more useful alive rather than dead? After all, the prince needs someone to spy on his enemies within the castle, and what with Poppy's small size, she's the perfect candidate!