Beginning of the Ode

The world was ending. The world was in chaos. The world was getting destroyed by the very people it was sheltering as they tried to kill themselves. Mortar and gunpowder played in the ruins of the leftover world, with a shattering fear in the eye of the players. Yes, humans were fighting against humans and not against other races or beasts.

On the fields lay the corpses, many of them, missing eyes or other limbs. The scavenging birds encircle the mangled and mutilated corpse, yet not daring to get too new the ground to get their spoils, in case they got entangled with, what they called, “silly humans and their wars of demise”.

“Everything is for the empire,” A man, not old enough to be called a man because of his yet to be gone baby fat, however was made a man because of the war, picked himself up as bullets rain over him.

“Everything is for the empire,” He whispered while supporting his bloody hand, with a cloth he had stolen from a corpse. It is not like corpses would miss their scarves or anything. He picked up the rifle and went after the assailants who were raining bullets on him, the bullets missing their mark.

“Everything is for the empire!” This time he screamed out with madness in his eyes as he laughs out a soundless laughter. If his allies were still alive, they would have thought that he has gone mad; however no one was alive to reprimand him for his sudden madness.

He scourged through the battlefield while shooting like a madman and repeating the same line. When he ran out of bullets, he would pick up another rifle from one of the corpses that were plentiful in the battlefield.

“Everything is for the empire,” He screamed out in the now-silent battlefield as the lone survivor and the only living among the dead before finally passing out.

“Morning to most is a new beginning, an icon that marks a new day that they can start anew repenting and correcting the mistakes for the previous day. To me too morning is a relief; however it is a relief for an absolutely different reason than most. Morning marks the end of a nightmare for me, a nightmare that continues to plague me for as long as I can remember with a streak of consistent repeat of the same thing almost every morning. To most it might appeal because of its mystery, perhaps a premonition or perhaps the events of a previous life forgotten in the passage of time; however as it stands I simply want to break from this consistent nightmarish ailing of mine.”

“What is this nightmare that ails you?” The doctor asks half out of curiosity and half out of duty.

“To tell you the truth I don’t really remember much,” I reply as he frowns with disappointment, “Perhaps they are the sins of my forefather that I need to carry with me but all I remember is me stabbing someone with an abhorrent laughter, almost like-Almost like-“

“Yes doctor, yes! It is almost like I am enjoying as I kill in my dreams,” I call out excitedly accepting his choice of words that describe my feelings quiet appropriately.

The doctor smiles gently while thinking what to say. His wrinkles, that have been there for as long as I can remember, crease.

“It has been a year since you started working for Oden right, Mr. Cal?” Doctor Swind asks me.

“Yes, doctor,” I reply with a sigh for I was forced to work for Oden, “I wish that the nightmares had started after I started working for Oden; unfortunately, I don’t have the luxury of such excuses to quit working for Oden.”

“If you want I could recommend you for Yalei newspaper since you did work with the editorials previously.”

“You would doctor?”I almost stand up unable to contain my excitement, “Why, thank you doctor.”

“Just think of it as me helping out an old patient; but if it was not for the accursed Elecseeds, you would not have had to leave your job at all.”

I must say I have always respected the doctor. His current proclamation left me in awe since there are not many who would curse at nobility, let alone help someone that was targeted by the nobility. Right now I cannot help but respect him even more than I used to before.

“Well doctor it is all in the past. We don’t need to think of the past any more than we should but I indeed need to thank you for the prospective job at Yalei” I thank him from the bottom of my heart.

These past few years whenever I had my nightmares, I would come to his clinic without any prior appointments and each time he would welcome me without any hesitance. I started going to Dr Swind three years ago after a friend of mine recommended me to go to him due to my nightmares which might have some sort of mental effects on me. Since then, Dr Swind has been the most helpful. It might be odd coming from a forty year old man; but Dr Swind is someone whom I would not hesitate to call a father if he allowed me to.

“Let us get back to business then shell we,” the doctor continues, “You know these three years I have prescribed a lot of anti-dreaming pills, yet almost none of them works!”

“Indeed you have, but perhaps my dreams are different than most by-“

“A-a!” he interrupts me, “That’s not how it works, Mr. Cal, son you are still young do you have any sort of regrets from the past?”

“Wha-what do you mean doctor?”

“Well you see,” he continues explaining while I listen to him intently, “Have you thought about how this ‘dream’ as you call it might be all inside your brain. They might be an image your ego or personality formed due to a past mistake that you are trying to forget?”

“I do not think there are, I mean I am just a civilian why would I even try to kill someone let alone keep on dreaming about killing?”

“Who knows it might be your instincts crying out as you suppress them.”

“Do you mean I am a killer, doctor?”I cry out of fear and self loathe as I often wrote on those killers and cut throats in the newspaper before my job at Oden.

“By no means!” he reputes, “What I am trying to say is do you think they might be linked to some past event that you are trying to make yourself forget; and perhaps you subconscious mind is trying to make you remember that by exaggerating the details in your mind that you think of as dreams”

“Well it is actually fine.” He cools me down, “When you go home today; however I want you to think back and take a trip down your memory lane and then note down all your regrets that you can think of ever since you have gained sentience. Or you can simply think of this as the rattling of a poor old man who has gone senile.”

“No way doctor,” I argue with him, “ I will make sure to follow your instructions and the next time I come, I will bring the list.

I stood up and left after assuring him. Well I did promise him a list of regrets from as long ago as I can remember, but it is going to be hard. Really hard to actually think of my past events since they are not really a past I am much proud of. Well what is the worst regret after all; it is not going to be as bad as a cold blooded murder, which has evaded the eyes of the watch or public intelligence can it. I chuckle at that thought making light of that possibility.

“Have you really forgotten me?” An eerie cold voice makes me shudder from my spines as I look back. 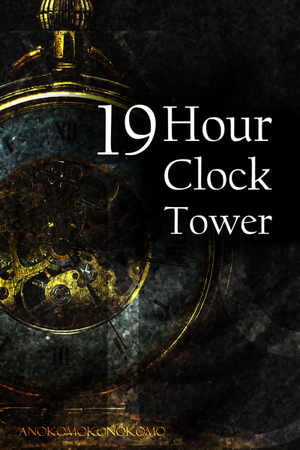