They all take a deep breath and start murmuring 'so it has come to this'. They ask Xander to explain in detail. He tells them everything that happen plus obtaining continent 2 pass in their place. Dentist wonder why he didn't help them escape. Xander explain that he was told the story, it didn't happen in his presence. Bookmark here

As they are wondering what to do, Falcon propose an idea 'why don't we rescue them on their way to the prison because infiltrating that prison right now is not the best choice, worst case scenario we all get caught'. Bookmark here

Dentist nod his head in agreement but ask how they are going to do it. Falcon first explain the portable prison which is infused with moon spirit 'moon spirit is a spirit living inside every living thing in the world, if strong enough, it can weaken moon power users and it's also one of the only ways to oppose or resist them'.Bookmark here

So the portable prison is too strong it can't be destroyed and all powers are sealed inside. Manson wonder why they can't just destroy it with Traitor. Xander replies 'it will destroy the prison together with Pax and Sara and besides one must be compatible before he can use the gun'. Bookmark here

Falcon 'of course, so our only option is to break them out in the sea while they are being transported. That will give us more escape options since we can use our moon power to escape at once while they are panicking and they can't track us down'. Dentist interrupt Falcon saying 'but they will be put on a wanted poster, they'll have bounty on their heads'.Bookmark here

Falcon 'the problem with most people when they are in a pinch is that they don't think of a way to get less hurt, they always try to find a way to come out unscathed which usually leads to their doom'. Bookmark here

Dentist look down, pouting saying you don't have to put it that way. Hina clear throat and says 'but it will be impossible for all of us to go right'. Only 4 of us will go, Falcon replies. But the rest of the members will prepare for our escape, he added. Bookmark here

So who are the members? They all ask. He point out Dentist, Hina, Karasma and himself. He explain his plan plus telling what the rest of the members are to do. Bookmark here

12:00 AM in the night, Dentist, Hina, Falcon and Karasma head out in dark cloaks made by Hina. 20 minutes later they arrive at the ship that Pax and Sara are held. Security is tight that even a fly will have a hard time passing by. But they are not discouraged in the least. Bookmark here

The guards are looking around their surroundings as they suddenly heard an explosion near the harbor. People are being burned to death and the fire brigade are yet to arrive. The world Force Officer dispatch a group of soldiers to help the citizens which gives Dentist's group the chance to intrude the ship. Since there's such commotion, Falcon use a little bit of his moon power so that no one notices and create a shadow Room in the ship for them to hide. Bookmark here

Since he used a little bit of his moon power of course the room is cramped, too small. Dentist starts complaining but Falcon retort 'do you want us to get caught. As it is now, if that officer notice a hint of this room, we are done for because he has enough moon spirit to crush this technique'. Bookmark here

Hina starts glaring daggers at Karasma with tears in her eyes. When his eye met hers, he got scared and jump back a bit. He ask what he's done wrong. She ask him why he has to burn civilians alive even though they're scumbags. He laugh and inform her that 'it was all an illusion, i made it looked like reality with my ability. I created that incident inside everyone's head within my range and made it seemed real but it's all an illusion'. Bookmark here

Dentist comment 'if they find out it's an illusion they'll start to suspect something and eventually fish us out, so that's why you made it seem real'. Got that right Dentist, Karasma answer. They waited inside Shadow Room till morning hearing everything the guards are saying. They even figured out who holds the key to the portable prison Pax and Sara are kept at. Bookmark here

Around 9:00AM, the officer order the soldiers to set sail. After 2 hours, Dentist's group appears in the middle of the ship with around 50 more people on their side which were all illusions created by Karasma. All the soldiers on the ship took a step back meanwhile the officer named Bang is calmly analyzing the situation. Falcon notices that Bang is calm and collected and he knows that's bad news for them, he instantly creates a shadow circle in the ocean in front of the ship and summon 2 hell wolves with wings flying in the sky. He call out his technique name "Zeus Blast" then the black wolf charges a ball of lightning and shoot it at Bang, however Bang effortlessly deflect the lightning ball into the ocean. It caused an explosion about the size of the ship which left all the people on the ship in awe. Bookmark here

Falcon click his tongue and shout out "Switch". His hands switches with that of the white wolf, he create a laser with the wolf's finger that he switched and aim for Bang's head but again he dodged and raise his hand forward creating hundreds of swords and shoot them at Falcon but to his surprise, Falcon creates a "Shadow Circle" devouring all the swords and sending them back to Bang with greater force that one of the swords hit him in the arm. Bookmark here

In the meanwhile, Dentist, Hina and Karasma takes advantage of the fight between Falcon and Bang to find the key and unlock Pax and Sara. As they unlocked Pax and Sara which signals that their mission is done, They shout out "Xander ". Before long a submarine surfaces. Seeing that, Falcon pulls back from his fight with Bang. Karasma makes an illusion of a meteor and transform it into a real one. Bookmark here

As Bang manages to deal with the meteor, Dentist and his group flee to South inside the submarine. Bang shout at his men for being such incompetent soldiers and order them to follow them right away claiming that they are not out of his reach yet. Bookmark here

Bang and his men spend more than 30 minutes chasing Dentist's submarine. He suddenly smile and tell his soldiers to stop the ship saying that they had him 'that meteor was only a diversion. They changed ship and set that submarine to that direction at full speed. They've already fled'. He laughs and claims that he will chase them down wherever they go. He contact the headquarter of the world force and inform them about the group but knows the face of only 2 members, Pax and Sara. He inform the headquarter that he'll have an artist draw their face and put a bounty on their head. Bookmark here

Inside the submarine, they are all delightful for getting Pax and Sara back. All of them starts praising Falcon for his skills and Karasma for being imperative. They arrive at the harbor but went around to avoid being suspects. They left the submarine. Karasma tried to destroy it however Falcon stops him and uses his "Shadow Room" to store it inside. Bookmark here

Dentist and others rest at their base for the day and the following day they discuss what their next plan is. Xander explain that among all countries in continent 2 only Mangad has citizens that do not engage in discrimination and other corrupt practices like other countries but that is not to say that they don't carry it out at all.Bookmark here

So our next operation will be in Mangad to carry out a coup d'etat. We will overthrow the kingdom because all the country needs now is a good king and if we get that country, we'll add to our military power. Bookmark here

First, we'll cut off all connections and communication means of Mangad to outside countries, world force and the Heavenly realm. And we're fortunate because this country happen to be self sufficient and doesn't keep in touch with world force and other countries. Bookmark here 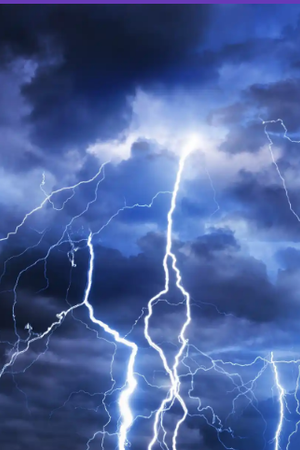