The New Life Of Brynjar

I, Brynjar Solberg August Mauseth (must be addressed by my full title), was an ordinary 14 year old boy like everyone else and was playing videogames like every other day. I was having fun until, this rude boy called xx_dragonslayer_xx253 was beating me in pvp. and then, he dared to say to me in chat, you gay loser.

Now, It would be an understatement to say I got EXTREMELY angry, but who wouldn't. As I smacked the desk with all of my strength a portal appeared in front of me, clearly because of my superior strength, it created a rift in reality. But before I had time to even think about what was happening, I was engulfed into the crimson red opening in front of me abruptly and slowly began to lose consciousness.

As I awoke, I looked around, long gone from the world I was in before, I had so many questions yet there was no one around to answer them. I couldn't even describe the place I was in. There was nothing to stand on yet I was lying down, it was an uncomfortable feeling. everything around was so dark I couldn't see a thing, or more like there wasn't a thing to see.

Even my body wasn't there properly, it was as if it was there yet it wasn't .I could feel it like it had always been there yet there was something odd, as if it was just me imagining a body.

I tried speaking but no sound would come out and my body didn't feel as if it was working right .I tried getting up from the position I stayed in but I couldn't move. No, that's a lie, I could move but nothing was changing, not the feeling of my body nor the space around me.

I've been in here, doing nothing for what seems like years now. But I had started feeling pain through this time although I can't sleep or do anything. its so boring I'd kill myself but I can't, but just as I had that thought a bright line shone in front of my eyes, coming closer slowly. Through the time I had spent in the dark, endless space, it felt as if I was starting to feel a new body, and now it had progressed to the point of me being like a new born baby.

The white light began to come even closer, actually it felt more as if I was going into it. I was actually quite excited, I didn't even really mind if I was dying because of how dull everything had been in the time I had spent here.

I had finally gotten out and had heard things for the first time in ages, the light I saw was also the first thing I had saw in ages but now I had seen colour.

I wasn't dead, I was fucking Isekai'd.

I couldn't contain my excitement. it was all I had longed for in my other life. the time is now. I can finally construct my very own harem! 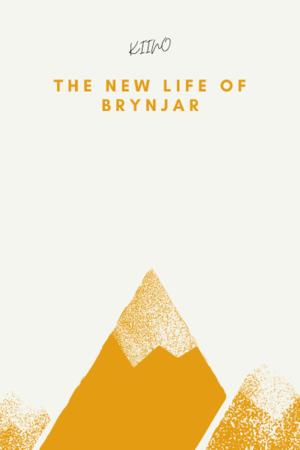 The New Life Of Brynjar