At the same night, the mercenaries returned back to Gantz. The gatekeepers checked the sack that they brought along and allowed them to go through.Bookmark here

It’s almost midnight. Almost everyone had gone out cold in their beds. Only night-shift guards, late merchants, courtesans, and drunkards stayed awake and roam around the city.Bookmark here

Shortly, Bartz, the mercenary leader, gave order to his troops to gather in the tavern and have some rest until he returns. He took four of his men to go to the noble’s mansion, his former employer.Bookmark here

He went to the noble’s house, deep inside the city. After they arrive, the guards of his house asked him whether he had accomplished the deed. He showed the sack he carried on his back that was about the size of a human adult. There was a bulge that resembled a head, a bended part that looked like legs. The guards were assured that the mercenary had caught him.Bookmark here

“As expected of Lord Stupeyd’s best man. Very well, you may enter.”Bookmark here

Those guards opened the gates and opened the double-doors. The creaking sound of those doors opening, welcomed afterwards by an old butler behind it.Bookmark here

“Well, well... how surprising a mere fool can actually catch a criminal like him, ah, pardon my rudeness. I believe that big sack you carry is him?”Bookmark here

“...” Bartz did not give a reply. He simply nodded.Bookmark here

“Hm-hmm... I guess Lord Stupeyd would be pleased to see it. Pray that he’s in the mood to meet a dirt like you. Follow me,”Bookmark here

Thus, he followed the old butler, followed by his four men to the living room. The living room was quite large and royal. But, just like the rest of the rooms they’ve passed, only teams of guards protecting every doorway. Bartz knew it was idiotic should he try to go against his employer frankly. There’s no way he can win against numerous amount of guards.Bookmark here

“So... Rodan Rouge had calculated of this as well. That’s why he didn’t tell us to strike immediately. So far so good...” so Bartz thought.Bookmark here

Shortly, the butler told Bartz to stand in the corner while his four men were told to leave the room immediately. The mercenary leader was not even allowed to sit down.Bookmark here

“Wait here. I will inform Lord Stupeyd of your arrival... and success.”Bookmark here

The butler left the room and closed the door, roughly. Arrogance was thick over his head. It can all be known immediately with his grin and wrinkles depicted in his face and the way he walked.Bookmark here

But... Bartz did not matter it at all.Bookmark here

Back in the Red Forest, the giant tree...Bookmark here

Rodan and Nono were sitting down on the top of the tree, where they could see the city in the far distance.Bookmark here

“Are you sure to make them do that kind of thing, Roro?”Bookmark here

“Absolutely, that was what they’re hoping: a massive payment from their employer,” Rodan replied assuredly.Bookmark here

“Will it work? I worry that they might turn their backs against us when we didn’t even notice...” Nono stated his concern.Bookmark here

“Oh, I believe 100% those mercenaries won’t turn their backs against us.”Bookmark here

“You said that so fervently, Roro.”Bookmark here

“Hmph, of course, those guys would never turn their backs against us. Not even Stupeyd’s riches can alter their side. Because I’ve prepared something a hundred times more valuable than that corrupt noble’s riches.”Bookmark here

“Do we even have that much of treasure? Don’t say you’re going to give away our house.”Bookmark here

“What the hell are you saying, Nono?! I’m never, EVER going to give our precious home to them. This tree house is the only place I can call home now. There’s no other place in the world that can be good as this.”Bookmark here

They will surely return to us. And bearing the result I wanted to hear.”Bookmark here

Back in the noble’s mansion, the arrogant butler called his master. He knocked the door to his room carefully not to break his mood.Bookmark here

Ten seconds passed, then, a man’s voice is heard. “So, he has returned?” he asked.Bookmark here

“Yes, my lord. I’ve told him to wait in the living room. May you come see him—”Bookmark here

“—FOOL! How could you let him enter my living room?!” the noble suddenly shouted. “Why did you let a wretched dung lay on my carpets?” he added angrily.Bookmark here

“...My apologies, my lord. But rest assured, he is not sitting on your royal chair. I prohibited him from doi—Bookmark here

“—IDIOT! A small fry like him does not deserve to enter this house! If he wants to tell me his results, tell him to wait outside like a dog!”Bookmark here

“...My apologies. I will tell him to wait outside immediat—Bookmark here

“—Argh, let him be. It’s late of night and I don’t want to make my rest time shorter. I will come to that dog.”Bookmark here

“Very well, my lord, I will prepare some tea.”Bookmark here

Immediately, the old butler headed to the kitchen and prepared tea. He let out a breath of relief that his master did not burst out in total anger.Bookmark here

“I’m utterly glad that I’m safe, for the moment. But, what of that little dung? I don’t think Lord Stupeyd would be as kind.”Bookmark here

In the end of his thoughts, he let out an evil laugh and grinned widely.Bookmark here

In the living room, Bartz waited for ten minutes already. Then, the double doors on the other side of the room opened by the guards, and there emerged the noble of Gantz city, Stupeyd Dumias.Bookmark here

He was one of the most influential nobles in the entire kingdom, known as the Lustrous Baron. His residence in Gantz was just one of tens of mansions he owned in the entire kingdom. He appeared as an obese middle aged man wearing the standards of a wise noble suit, but decorated with an octagon star crest on one of his pockets.Bookmark here

Immediately, Bartz put the sack in his place and he kneeled before the baron and greeted him with utter respect.Bookmark here

“My humble lord, it is a pleasant to meet you. I thank you from the bottom of my heart for your kindness to meet me at this time of night.”Bookmark here

“You dare set foot on my house, you butt?” said Stupeyd in disrespect to the mercenary he employed.Bookmark here

“I’m sorry, my lord. I was welcomed in, so I thought—Bookmark here

“—I don’t want to HEAR ANY DAMN thing about that! You are not allowed in here and you should’ve realized that yourself and prevented your dirty feet from ever stepping in my house!”Bookmark here

Bartz lowered his body further. “...My apologies, my humble lord, I swear I will not do this again in the future. If I may, I will step outside this instant.”Bookmark here

“No need! I wish to hear how your mission goes.”Bookmark here

“...Thank you for your forgiveness, my humble lord. Well, then, I will immediately show you how I did.”Bookmark here

Bartz went back to the corner of the room and picked up the sack that seemingly had a human body in it. Stupeyd got a bit scared as he saw the mercenary leader brought it on his shoulders.Bookmark here

“As you can see, my humble lord, I’ve succeeded in capturing the notorious Rodan Rouge.”Bookmark here

The baron immediately threw his fear and got excited upon hearing Rodan’s capture. He took his time examining the sack Bartz brought to him. And after a while, the noble applauded the mercenary’s achievement.Bookmark here

“Wow, I’m actually impressed. You really did it! It is him.”Bookmark here

Bartz kneeled down and thanked his master. “No, I do not deserve such compliment. Though, I am pleased to participate in capturing him.”Bookmark here

Bartz was thinking of the next step he’ll do next.Bookmark here

“As Rodan had expected, Lord Stupeyd examined the sack with his detection magic. I’m more surprised that he had that kind of thing in his disposal...”Bookmark here

Back when Bartz and the mercenaries discussed with Rodan of what should they do...Bookmark here

“What are those?” Bartz asked in curiosity as he saw Rodan carried a long box together with Nono from the tree house.Bookmark here

“H-Huh? Oh, these are mannequins. I just remembered I have these things.”Bookmark here

“Yup, you see, I’ve a friend here in Red Bean Debauchery that excels in making mannequins. Not only that. He can also make them greatly resembling someone, from head to toe. He’s the best out there. Few months ago, I joked on him to make MY set of mannequins. Didn’t expect he’d really make it. And I didn’t expect it would be used for this kind of thing, though...”Bookmark here

“What do you want us to do with it?” Bartz asked again.Bookmark here

“Oh? Give it to your lord. Nobles don’t like to see stunned bodies directly, right? That’s why you’ll give it to him in this sack!” said Rodan while showing off his collection of sacks from all kinds of size.Bookmark here

Rodan whipped the sack to unfold it. Then he explained his plan further. Bookmark here

“He’s not as stupid as his name to believe a scarecrow to be me. Not only that. Nobles also have magic detection. That’s why we’ll use these mannequins, in addition of me adding my magical aura to these!Bookmark here

Or to be concluded, I want you to fake my capture, Bartz. Lord Stupeyd is a sadistic noble that would do anything to make a criminal suffer. That’s why having me tucked inside a sack and not moving around would surely make him happy. He will not let me out of the sack for a long time unless I begged for mercy. Because of that, he will never notice that the sack is actually a mannequin! Moreover, the mannequin looked a lot like me, so if he ever opened the sack, it will take some time before he finally realizes it’s fake!”Bookmark here

Back to the mansion, Bartz had finished recalling the plan. When he thought of Rodan Rouge, he could only think of one thing.Bookmark here

“What a madman... but he’s a brilliant in making this happen. I don’t think anyone could come up with this crazy plan.Bookmark here

Very well, then, I will execute your plan to the fullest, Rodan Rouge!”Bookmark here 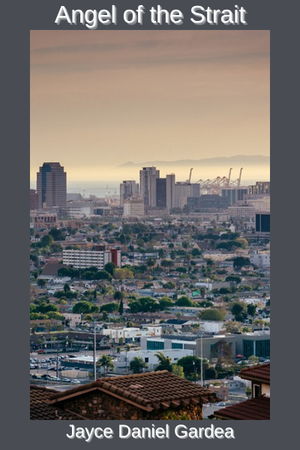 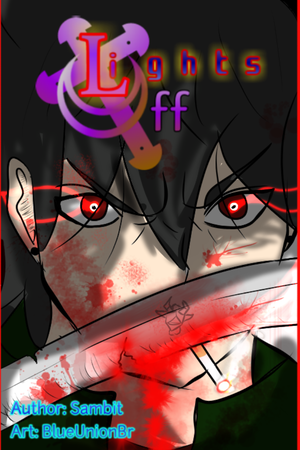