The insistent tap tap tap of Linnaeus’s foot against the marble continuously echoing in my ears. I was just about driven to the point of insanity, my only solace being the occasional crash of his toy truck into the side of his throne. Bookmark here

“Where are the rest?” Bookmark here

Linnaeus took a reprieve from his tapping, glancing below us. His baby blue blanket was wrapped around his shoulders to protect him from the chill in the room. He had a green shirt on to match his navy shorts. I always made sure he was dressed brightly or else I’d lose sight of him in seconds. Ten feet below was the entrance to the courtroom. White marble, lightly swirled with black, covered every surface. Bookmark here

“Late as usual. They better hurry, I’m selfish with my time.” I folded my arms in frustration, creasing the sleeves of my dark blue suit at the elbows. I leaned against the back of my throne, eyeing the five empty seats forming a circle with our own.Bookmark here

“C’mon Otis, won’t you play with me while we wait?” Bookmark here

“I gave you the truck already. I told you to bring more if you’d be bored, I’m not going to be your entertainment!” I aggressively shut my eyes, hoping that the darkness it brought would allow me some relief from my irritability. Bookmark here

My eyes shot open, eager to see the next one to arrive. The rhythmic tap of footsteps echoed through the courtroom as she climbed the stairs behind her throne next to mine. She wore a black blazer with a white undershirt exposing her midriff, hardly the attire fitting a lady of the court. She held her signature silver goblet brimming with blue wisps. A faint wailing emitted from her cup. The voices of the damned always found a way to leave me feeling anxious. Bookmark here

“Morning Otis!” Nimis waved in my direction before dipping her hand into her goblet, liberating one of the souls. Her tongue coiled around the soul like a python, slurping it down in one quick motion. Bookmark here

“You’re late as usual. Had to grab a snack huh?”Bookmark here

“I just can’t help it, I’m always hungry! Those souls of the eternally damned are just too addictive. All that malice, don’t you love the taste?” She plopped another soul into her mouth, shaking from the pleasure. Bookmark here

“And they just keep coming back for more. It’s an infinite meal! I eat, they are sent to purgatory and then I retrieve them again and put them in my goblet!” Bookmark here

She held her cup high like a trophy. Her proud smile only interrupted between bits of her food. All the pain felt from passing through Nimis’s portal, it was endless. The ultimate toture for the souls evil in life. A true hell. I reached into my suit and fished out my pocket watch, the gold chain rubbing against my leg as it dangled.Bookmark here

Laughter erupted from the court entrance, a cascade of sound filling the room. The last four judges had finally arrived.Bookmark here

“You should’ve seen his face, it was pitiful! He begged and begged, but I consumed his wife’s soul anyways. She was dead for hours and he still refused to leave her side. It was fun showing him a glimpse of her soul before I ate it.” Aoki giggled, her hoop earrings bouncing as she strode into the courtroom. She brushed her bangs from her eyes, the black strands just covering the top of her eyebrows. Bookmark here

“You really went to the surface just for that? You are so sadistic.” Leviah laughed with Aoki. She dressed casually today, her blonde hair tucked up in a bun, preventing it from touching her white sweater. Bookmark here

“It’s fine.” She accentuated her words mockingly. “I erased his memory right after, but the look on his face was priceless!”Bookmark here

“You two are repulsive.” Kiburi towered over the teens, his words silencing them. He fiddled with the buttons on his vest, compulsively buttoning each one, turning his brown knuckles white from the strain. Bookmark here

“Maybe one of these days I can convince you to join me on an adventure to the surface?” Aoki traced a finger up Kiburi’s arm, slowly working her way to his chest. Bookmark here

“Enough Aoki. Don’t manipulate the only one of us who’s proud to be a judge.” Ikiryo swatted her hand from Kiburi as if shooing away an insect. He dressed as a general, badges of honor hanging from his uniform's chest pocket. Bookmark here

“Hi everybody!” Linnaeus waved to the judges, his excited smile calming the tensions in the room. The child was a master at ending conflicts with his charm. Bookmark here

“Linnaeus! I love your blanket, mind if I copy it? I’m a bit cold.” Leviah rushed over to his throne excitably. Linnaeus tossed her his blanket and before I could blink she had reproduced a second one. She returned the original, tossing it up to Linnaeus before wrapping herself in her new blanket. Bookmark here

“Can we begin?” I said, the irritation thick in my voice. Everyone took their seats. Bookmark here

Ikiryo banged his cane against the side of his throne, signalling that the court was in session. A few moments later a soul entered, disoriented and confused. She vigorously scratched her head, fraying her hair further. Bookmark here

“Miss Laura Taylor I presume?” Ikiryo looked up from the crumbled pieces of paper he’d retrieved from his pocket. Bookmark here

“I’m Penelope...Penelope Rose,” she replied, her words shaking with every syllable. Ikiryo rummaged through the pages, adjusting his glasses for a better look. Bookmark here

“I must’ve mixed up the order. Let’s see...here we are, Miss Penelope Rose! So, you died of a car accident at twenty-five, never married, no kids…” He trailed off as his eyes continued to read the page. Bookmark here

We all read her file, old man. Hurry up!Bookmark here

I shot him a death glare, but his gaze never left the paper. Bookmark here

“You’ll be sent to the Fields of Mourning. Any objections?” Ikiryo directed his eyes to Miss Rose for the first time since she’d entered the room. Bookmark here

“The Fields of Mourning are for those without love when alive. You never found love. So there you’ll go until you do. Acceptable?” Ikiryo raised an eyebrow, challenging Miss Rose to disapprove. She shook her head in agreement before fading away. Bookmark here

“Good. That’s one down.” Ikiryo tossed away her file, the crumbled piece of paper rolling down to the floor. Bookmark here

“Ikiryo, shouldn’t we discuss the issue before moving onto the next soul?” Kiburi interjected before the old man could signal for the next soul to enter. With a sigh he folded his papers and removed his glasses, gesturing to me to begin.Bookmark here

“As everyone is aware, yesterday a human entered a portal in Arcaya. In such a large city I push to send a scout to track the human down. We could wait for other deaths to dispose of her. It wouldn’t take long with how alluring her soul is now, but I like to be thorough.” I flicked my fingertips against the rim of my pocket watch, keeping pace with each passing second.Bookmark here

“Do we know how she was exposed?” Nimis chimed in, eagerly licking a soul she’d plucked from her goblet. Bookmark here

“I heard rumors it was the work of a death.” Aoki added, fiddling with the collar of her shirt. She passed a note over to Leviah and the two broke out in a fit of snickering. Their attention was always divided.Bookmark here

“We’ll send someone to observe the situation and return with more information.” Ikiryu said “Kiburi could you go-”Bookmark here

“May I interject? I would like to go and see her for myself.” Aoki cut him off, her eyes gleaming with excitement. Bookmark here

“As long as it ends the discussion.” Ikiryu banged his cane against the side of his throne, announcing that the matter was closed. Bookmark here

The remaining souls for the day came and went, each one the same as the last. We were dismissed by the ring of the cane. I pondered the human who’d been touched by a death as I corralled Linnaeus out of the courtroom. Humans breaching into the Underworld was rare, but not unheard of. It was how it happened that left me with a sickening feeling in my gut. Bookmark here

“So another human has been touched by a death huh?” Linnaeus mumbled, fidgeting with his toy truck. Bookmark here

“Looks like it.” I rubbed my fingers against my brow, the stress of the situation causing my migraine to return. He tugged at my pants, his round eyes fixed on mine. They were filled with a sadness no child should have to endure.Bookmark here

“I was hoping it wouldn’t happen again after last time...”Bookmark here 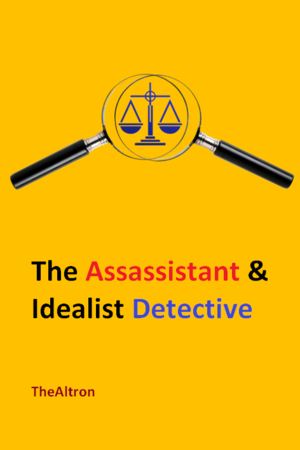 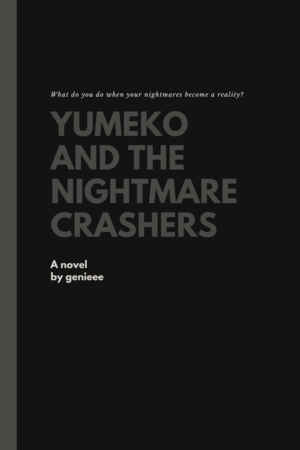