Here I am, running, there is a man chasing me. He has a knife, he´s wearing a white mask, a spiky white wig and a black tuxedo. Nonetheless, there is a girl from another class running after us. She has a bat; her eyes depict bloodlust. Sadly, all students from school are gone, they escaped after seeing the man in tuxedo.

I´m running as fast as I can, I lost the girl but the tuxedo guy is still behind me.

The emergency door from the school has been blocked from outside, I can see it from the door´s window. Suddenly, I start to feel something warm. I look at it; it is the knife. I fall. I try to put my hand around the wound, but slowly my strength begins to disappear.

There it is, the tuxedo guy. He takes out a baton from its tuxedo, he starts waggling it as if he was trying to direct an orchestra, but to me it seems he is mocking me. He stops and looks at me. Slowly, he comes closer and grabs the knife, he pulls it out rapidly. My vision begins to fade; I don´t know how much blood have I lost.

He puts the baton on what it seems to be a pool of my blood, so he begins to write something on the wall with my own blood.

As my senses begins to fade, I have a glimpse of the girl. She is yelling something, probably she just came to finish the job, but that doesn´t matter now, because my eyes are finally closed.

After a few days, I wake up in a hospital´s room. Everything is so white that my eyes are having a hard time distinguishing every object in the room. “I survived” I said with an unsatisfied voice. It is not that I am disappointed of not dying nor that I want to die so badly. It´s just that to me, dying is not a big deal especially for the type of world we live in.

This world works in a way in which the viler you are the more chances you have to succeed in life. I am not sure about  where all of this started, all I know is that since the ruler of the world began to reign the old system died and a more infamous one came. They got rid of internet, cellphones, and the past human history has been utterly banned from all places. If you want to know something about before the ruler government you won´t find anything. Libraries are full of books about all subjects except for history and some things called, psychology, philosophy and some others that I don´t remember.

However, I am a huge hypocrite. My family is rich, yet I complain about this life, this system, this thing that world is. If there is someone out the who knows how the world was before, please come and tell me because this thing is horrendous.

“It seems you woke up Mr. Kind” the doctor says with a light smile. “You look terrible but compare to a few days ago, you look like new” he says sarcastically. I don´t reply, just what good can come from it.

“How…”
“How did you survive?” he says before I finish saying my sentence as if reading my mind.

“Your girlfriend applied first aid to you, you were so lucky she was with you all the time. She ended up all cover in your blood. It seemed that she stayed with you all the time until the ambulance arrived. Thanks to her, you survive, she even offered herself to transfer her blood if needed. What a wonderful girl you´ve got. However, you need to stay here for another day to see if you are okay.” After saying that, he leaves the room.

I am shocked. If what he says is true, that will mean that the girl wasn´t trying to kill me but trying to help me? I grabbed my head, this is so confusing. I am trying to remember but it´s taking so much energy. I am feeling dizzy.

Little by little images of the aforementioned day began to come to my head. I was in class as normal when the people from the classroom next to us began to scream and run. I took a look outside the room when I saw him, the tuxedo guy, he had cut several people from the class. Then our eyes met, that was the moment a feeling I´ve never had before began to arise, it was panic, fear, anxiety, and huge need of not being assassinated by that guy. That is why I ran. I tried to slipped through my classmates but the man literally cut his way through. After turning left in the corner of the corridor, I heard the girl screaming, she run after us but disappeared when we got to the school´s gym. It seems that´s where she took the bat off. Everything happened so fast that the teachers couldn´t take action on time and the rest, the rest is story.

But… why did she help me? I barely know her, I don´t even know her name, all I know is that she´s the top 1 trouble student from school. All teachers and students say that she somehow convinced the principal to accept her in the school or that she laid with the principal, or some crazy stuff. But the truth is that we will never know because after she enrolled to school the principal died, also, she got a scholarship paid by the principal.

However, there is a bigger question to be asked, what happened between her and the tuxedo guy? According to the doctor´s story, she was with me all the time, that will mean that she somehow managed to get rid of the tuxedo guy, did she win? He escaped? Just… just what happened?

I need to talk to her… why did she save me?

Right now, having cameras would be good, sadly, the ruler banned the use of cameras and the mere fact of having one can take you to court or worse, after all, this world is completely rotten. There are few people with good hearts, whose intentions are entirely innocent in the sense that they carry no evil. Of course, those people are the ones who are the easiest to take advantage of. My family got power by doing that, and me… I am no exception. I have done evil to this world, to its people, to every living thing on this rotten world. Why? Because people with power can and the ruler supports that. People think that that is how he got to its position, by just being evil although it sounds childish to me.

That is the reason why I don´t trust in anyone, not even in my family, especially my family. They are murderers, the worst of the worst, and yet I am still thinking about getting “confirmed” by them. What is confirmed? Just destroying someone´s life in front of the family. Anyway, I don´t want to think about that. For now, I´ll just rest.

As I close my eyes I hear someone getting in my room, it must be the doctor. I´ll just pretend I´m sleeping, after all that´s what he recommended me to do.

“STAY AWAY FROM HIM!!” a girl shouts.

I open my eyes, there is him, the tuxedo guy, behind him, the girl charging at full speed towards him. 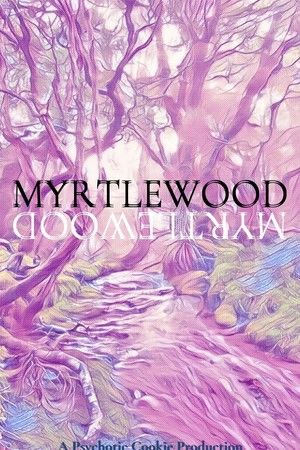