It was the same day the children of prophecy were born 5000 years ago. Emperor Arthur of Albion and his consort Mary were having their first child. Consort Mary belonged to the lower class of society. Most of the nobility, due to that, didn't approve of her relationship with the king.

Despite being an emperor, Arthur lacked power. So he was forced to send his 7th wife to the ironstone, an old castle on a tiny island located far away at the edge of the empire. It used to be an important strategic point, thousand years ago against the vanaras. But now, after the nox incident, those vanars were on the brink of extinction. Their once-proud island nation had turned into a land of poverty with continuous civil wars among different tribes.

It was a stormy night, and Mary was having active labour pains for almost 6 hours. It was a painful process, but she endured. The empire's best healers were there to make sure the baby is delivered safely. The high priest of Senary Temple (worshipper of Senary, goddess of life) declared that if the boy is born just before midnight, he would be the saviour of the entire world. If he's born later, that child will suffer throughout his life but will eventually achieve his goal of leading humanity to paradise.

Mary's child could be the child of prophecy. When the Emperor learned about such a possibility, he hid it to prevent any unnecessary complications. The boy was born just when the clock turned to midnight. Mary lost her consciousness as the delivery took a toll on her. The baby came out at the time of chaos, just when the Hadeon first harbinger of chaos, was born. Fear crept into the priest's face; his eyes widened, and his mouth gaped open. He jerked back and fell flat on the floor.

"Kill that baby! Kill that boy! He will bring chaos to this world." He shouted with a hint of hatred and fear. Gilmour, the personal bodyguard of mary, stepped forward, making a metallic rustling sound of armour. He unsheathed a long sword with a horse hilt covered in a leather sheath. Everyone stepped back in fear.

Gilmour, with one swing, beheaded the priest, spilling blood all over the room. The head rolled on the floor and stopped near the feet of a bearded healer with fox-like eyes and pointy ears. Gilmour walked towards him calmly, gazing at him with his cold murderous eyes. The elf fell on his knees and begged for mercy but instead of mercy got a solid kick to the face that made him fall back. Glimour with his sword and penetrated the elf's chest.

The blood came out of the elf's mouth, trailed down his pale lips and painted his white robes red. Gilmour glanced at the cowering healers in the corner of the ornated room. He walked towards them like a hungry animal, used his sword to cut through them like carving a cake.

He left only Jessalynn mary's loyal servant alive. She wouldn't say a word as she earned her loyalty when she took a knife to the stomach from an assassin sent by jealous queen Fiona.

"Clean this mess," Gilmour ordered Jessalynn. But then he asked her to wait. Gilmour stood in front of her and pointed his right arm at her. He let out blue fog-like energy known as mana from his hand.

"Please, Ser Gilmour, I beg you. Don't kill me." Jessalynn begged for her life vehemently."Pullulate Decem" He casted a spell on her. The blue aura covered her body and split it into ten clones."I created 10 of you.""They will disappear when I want them to disappear. Until then, you will serve the consort."" You proved your loyalty. That's why you are still alive, be grateful for that. As for the rest of the servants, I can't trust them. So you will be doing all of their jobs,"The servants who heard the screams cowered in fear. The cook and the other servants went near the stairs. They looked up anxiously at what might show up. When they saw that it was Gilmour, they were relieved."It is you, Ser Gilmour!" Cook spoke with relief. Gilmour made a cut to the cook's stomach, which made cook's guts spilt all over the stairs. He stepped forward and ended the life of those innocent servants with no hint of mercy.

"Please, Lord, just let my son live" The cook's wife begged for mercy, but Gilmour didn't care about the lives of innocents. All he cared about was to kill the witnesses. Gilmour sliced that woman's neck, and she bled to death. He walked towards that boy and ended him quickly without letting him feel any pain.

Gilmour dragged all of those dead bodies and dumped them into the ocean. A few minutes later, Mary regained her consciousness. One of Jessalynn's clones hurried to her. Mary noticed Jessalynn's clone wiping the blood on the floor, and her face went pale.

"Where is my baby?" Mary demanded. Mary was furious and afraid. The clone that held the baby boy bought him to her. She found him to be the prettiest thing in the entire world, and seeing her son made her eyes water with joy. "Mary," said Gilmour as he walked into the room. Mary knew him for a long time. They both had a special intimate relationship that Arthur didn't know. When she saw the blood on his face and the sword, she knew what he had done."What have you done!" Mary yelled. He walked to her, wearing a concerned expression. "I did it for you and our young prince. This boy is exceptional, he will change the world, but the priest misinterpreted the boy's prophecy. He endangered both of you. I had to kill him. " He leaned closer and kissed her on her forehead, and with a gentle voice, whispered in her ear, "This is just a fraction of what I am willing to do for you. I will kill every man and woman in this entire world to keep you safe. So get this in your head. I will always do things like this to protect you, I love you" She was terrified and speechless of what she just heard. He isn't the same man she loved years ago.

"Can I hold him?" He asked, and She reluctantly gave him. The boy had soft pale skin with specks of blonde hair. The boy resembled his mother a lot. Mary was a beautiful woman in her mid-20s with pale white skin and golden blonde hair and ocean blue eyes. Her skin tone was quite common among northerners.

Gilmour beamed as he watched the boy holding his giant finger tight.

"He will be a fine warrior or should I say the saviour. Just like the prophecies have told." Gilmour's eyes gleamed with happiness. He completely ignored the priest's warning ignored that there will be consequences for his actions."They wanted to take him away from you. Look at him. This child is a saviour, and they were afraid of him. Those power-hungry monsters didn't want a saviour to prevail." She understood his reasons for doing it, but she couldn't tolerate spilling of innocent blood. The man she knew her entire life, the man who showed honour, wouldn't do that. The man in front of her is someone she couldn't recognize anymore. Even though he looked as handsome as the day she met him."You shouldn't have killed them. Those servants did nothing wrong. They wouldn't have betrayed us," Gilmour laughed as if he heard something ludicrous. He handed the baby gently to one of the clones.

"Oh, my sweet mary. You don't understand, do you? Other than me and that pathetic excuse of a king. There is no one at your side." He came closer and rested near her. He touched her face with both of his hands and looked right into her eyes. He didn't care that the clones heard him. In fact, what can a servant do to influence the king? Especially the subject in the matter is the king's brother-in-law. Gilmour Phoenix was the second son of chancellor William Phoenix. His sister Alina married Arthur but died giving birth t Princess Aethelflaed. Princess Aethelflaed, unlike her half-sisters Elizebeth and Kristina, was a warrior. She was only 19 when she fought in the Battle of the Grass sea and successfully annihilated the forces of 1000 titans. It was humanity's second victory against the titans in the last 2000 years.

Gilmour pointed at the clones and said,"I made these clones for you. They will serve you faithfully, and I will be at your side. So don't be afraid,"He got up and walked towards the exit and stopped for a second, and said, "The Emperor will come to see you in few weeks until then you can rest," He walked out of the room and went to the top of the castle. He washed the blood on the sword with the rainwater, threw his helmet on the ground and stared at the rainy sky."Oh Lord Caelus, the creator, I resented you for taking my sister. I resented you for taking away my Love. I hated myself for being incapable of protecting those I love. I lost my purpose when I failed to protect. But now, I found my purpose. I will follow this child. He will fix this world, and I will fight beside him for his cause." He yelled happily, holding his arms up. The rain washed away the blood on his face and replaced it with a grateful smile.At the other side of the ocean, far away in the village of Riverhorn at Gallian empire. Dalamus, an elven warrior married to Klara, a human woman, was expecting his baby. The elves rarely married humans as their race considered humans inferior. But, Dalamus was raised differently by his father, Gethavel.Gethavel was a traveller who wanted to learn about other cultures. He took his son Dalamus with him on journeys. In one of those journeys, Dalmus met Klara and fell in love with her.Dalamus anxiously paced outside of the house. Few middle-aged women and the village healer were inside with his wife delivering the baby. He stared at the clock, and ten minutes have passed since midnight. A plump middle-aged woman came out bearing the good news."It's a boy," Dalamus smiled and hurried into the room to see his son. The boy held his mother's finger with a strong grip. Dalamus couldn't help but smile. Dalamus held the boy in his arms and hugged him. Surprisingly the birth didn't take that much toll on his wife compared to the other women he saw giving birth in his travels."What shall we call my love?" He asked his wife."Ciridan," She said. Ciridan was the name of a half-elven half-human hero who fought for equality of humans and dark elves 1000 years ago. The legends said he was someone who kept moving forward the day he was born."The Elven Hero who fought for everyone," Said Zachley, the magistrate of the village. He was an aristocrat, but always mingled with the common folk and showed no discrimination. Dalmas knelt before the idol of goddess Senary and hoisted the baby. The parent of the baby must prey before the goddess so their child can get a long life."Goddess of life, grant my son a long life. For the sole purpose of helping those around him like the legendary hero," Dalmus kissed his son on the forehead and handed him to Klara."I am sure he will make us proud," Klara said, and Ciridan held onto his mother's finger with a strong grip. 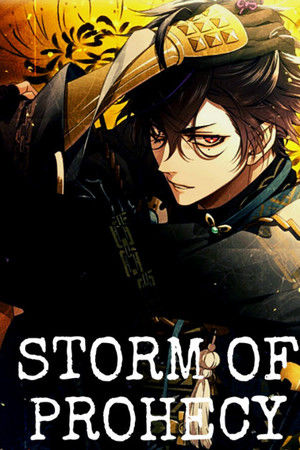