My Prince Charming Screamed as He Fell Off the Roof

She’s Lucy Thompson. The Leader of the Pack. The Thunder Overlord. The Eclipse Dragon Queen of the Abyss. The Fairy Princess of Oberia. The Alpha. The Omega. The Beta. The destruction incarnate who birthed the universe from her bombastic womb. The goddess who opened her mouth as to which everything was born. Everything existed due to her will. This world bent to her wishes. Bookmark here

And now she’s cutting off the heads of the monster that attacked them because a big man told her to.Bookmark here

No matter. She wouldn’t have trouble following the orders of someone who believed he's above her. She needed time. He didn’t know anything. Lucy chuckled. He had no idea about her eyes. They would turn gold if she’s happy. They would turn purple if she’s sad. They would transform into dragon-like eyes with a greenish tint if she ever needed to fight and tap into her magic. And they would turn pitch black, like that of the galaxies on the darkest night, if she’s angry. Bookmark here

“Yeah, we should be able to cut off their heads and set them up on pikes. We’ll be good. This should scare them off so that the others can rest. Not that they needed our help or anything.”Bookmark here

She clicked her tongue silently. Keeping her bloodlust low was of utmost priority. That’s why she followed his orders to the letter. She felt nothing. Death and Rebirth were a part of her being. This feeling of throwing up must be her own essence striving to balance the death that this world had received. This trembling feeling that made her not want to feel the blood caking in between her fingertips and the sensations of their scaly flesh was just pure excitement. She forced a smile and snickered. This was her life now. It’s not that she asked for this. This was what she truly was.Bookmark here

All she knew, too, was that this man at her side, who named himself Jonathan, would know pain and destruction upon his deathbed for ordering her around. Bookmark here

But it was truly boring. No one seemed interesting. Joey was fun to toy with, but that man had been taken away by that harlot, Enang. She swore her revenge. She would be dead soon, screaming her name in agony. She used her spells. She spent five years of her life ensuring that the pain that would cause her to endure would be excruciating for years until she breathed her last. Bookmark here

She clenched her fist in victory. She chuckled. Everything would end nicely, and the world would then truly know what this queen, Lucy Thompson could bring. Bookmark here

But back to the topic at hand. It would be nice if this world, bending to her will, would give her a rightful prince who would take her to bed and give her a happy life… And then it happened. Bookmark here

Halfway into chopping off the head of one of the monsters with a fire ax, someone screamed. It caught her attention. Her eyes widened. The world seemed to brighten as her heart fluttered as violently as the butterflies that danced in her stomach. Everything turned glittery pink. She saw the flower petals prancing in the wind as a shadow of a man rolled from the side of the roof and dove straight into the ground. Bookmark here

Her cheeks burned red as she moved to cover her face with the back of her hand, like a true pure princess. Ugh. This man. She knows this man. She’s quite honorable, one of the greatest warriors who rode to battle. Uncle. She tucked a bit of her hair behind her ear, licked her lips, and purred. The crunch that his bones brought was truly sensual.Bookmark here

Jonathan was taken aback, of course, because of his avant-garde display. This man, Uncle, groaned. Bookmark here

He’s very strong too, and with pride, he didn’t even move an inch from where he had fallen. Interesting. Bookmark here

“Are you supposed to be my bossman?” Jonathan asked. Bookmark here

Sassy, too. Lucy let out a low whistle. Bookmark here

“Look, Enang told me that she’s going to go somewhere when I asked what she’s been up to. She told me to shut up. She seemed flustered about something that isn’t me, so I am fuming..” Jonathan shrugged before putting one head of a monster on a pike. “Glad that it wasn’t that guy, Joey, though.” He clicked his tongue. “If you order me to do something, follow some lame-ass command, then I’ll break your spine and toss you somewhere. No one would ask. No one would miss you.”Bookmark here

“That’s fine. I got you where I needed you guys to be.”Bookmark here

He groaned, not in pain, of course. His level of manliness soared as he tried to move his head without depending much on his body. Great. He’s not boring at all. He raised his chin and rested it on the ground. Red. He’s bleeding. But he’s unfazed. Doki Doki. He gazed at Jonathan, and his eyes fell on her. His glare had this glimmer that’s brighter than the sun. Hooooh, boy.Bookmark here

“So, what do you want?” Jonathan, this savage, raised his voice again. Bookmark here

His gaze fell on the monsters she decapitated. Bookmark here

“You want us to pity these fuckers?” Bookmark here

“They deserved it. They took it upon themselves to attack us. We fought back, killed a few, and survived.”Bookmark here

“We’re better than them. They treated us like pigs, but I’m not going to perpetuate that cycle. We’re not going to announce this. No one should know this but us.” Bookmark here

This man, Uncle, coughed, flopped his body like a fish and firmed his gaze on Jonathan, then on her. Lucy stepped back, turned her sunbaked body away, and fanned herself. She caught Uncle stealing a glance at her marvelous form. Phew. Now, she’s feeling something more interesting. Bookmark here

“They must’ve had a good reason for attacking us—it’s on them if they attacked us for funsies. But these people died believing in something that they’re compelled to do. Rayan was like that, and he fought us and died honorably. I can’t shit on that. But I won’t suffer silently,” he groaned. “Fuck no. Our loved ones wanted us to live and protect what we have. They’re not wishing us to be murder hobos. So, please…” He grimaced as he pulled up his battered hand from the side as though to reach out to them. “You guys did well by making the pikes, but I know someone who could think of a better use for them.”Bookmark here

This man, Jonathan, dropped the decapitated head on the floor. He clicked his tongue. “It’s Joey, isn’t it?”Bookmark here

“Then why aren’t you asking for his help?” Jonathan raised his wavering voice. Bookmark here

“Because he’s a bitch.”Bookmark here

“But, he’s our bitch.”Bookmark here

“Oi,” Jonathan narrowed his brows. “I ain’t waving a red flag while singing an anthem.”Bookmark here

“But my point, Uncle, still stands.” Jonathan widened his grin. “I ain’t following orders from a limped man with a few broken bones. I’m better than that.”Bookmark here

“Then what are you going to do?” Bookmark here

Uncle’s gaze remained strong. He groaned and winced. Oh, God, he’s trying his best to appeal to him, to her, to them! He sank his face to the floor again. He groaned once more, flopped his body like a fish, and turned his body to the side. He seemed to be calling for his arms as he mouthed some constitution buffs, but it wouldn’t work. But what great determination!Bookmark here

This was a proposal. Bookmark here

“Fuck. I don’t know if I look like I’m bowing, but know this. I am. I know you’re better than me, so I’m doing this to protect something else. I know that you’re a good person, so I’m asking you this as a man. Please, help us protect whatever we have left.”Bookmark here

He covered his face, and he’s blushing. Bookmark here

This cannot continue. She cursed the Gods who teased her once more. She’d have her revenge. She’d curse whoever it was that needed to be cursed, for this was the second time she got what she wanted, and her love rival was a man.Bookmark here 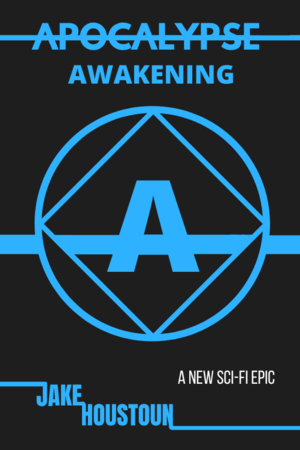