Uncle breathed through his nose, winced at the pain sinking deep into his lungs, gagged, and coughed. Yet, he did not let go of that image. Dark. The afternoon wind howled at his ears and brushed past his hair. Dark. Of course. His eyes were closed. He chuckled to himself. These were some of the best jokes he had made. He should tell them to Enteng later, maybe George, because George always listened. Bookmark here

He breathed again, and he managed to do a full cycle without the feeling of vomiting his ribs out. He narrowed his brows. It felt weird. It seemed like he’s flying. There’s too much wind. Right, this was not the time to make jokes. He had to know. The others didn’t cheer because Joey was acting like a bitch, but there’s something different about her sis. Bookmark here

He puked his heart out earlier, so he didn’t have the chance to talk about her. That’s why he’s doing this. He’s tuning in with nature to figure out what’s happening. It was a part of his skill set, something that was handed to him throughout the generations. He had awakened it during his fight with Rayan. He had awakened the red special eyes upon becoming the Avatar Hunter Sage of the Sixty-Nine Paths, which was nice. He just had to find a high place to concentrate and make use of his three bajillion IQ. Bookmark here

Oh. Right. He’s on top of the tallest house in the compound. Bookmark here

That’s why he needed to imagine it. Bookmark here

He’s a scanner. The ultimate scanner. He took the darkness that blotted his eyes and gave it form, molding it into a pot where a cactus emerged and birthed the image of the world before him. The wind continued to blow, but in this pocket dimension, his domain, the rest that should not be checked were hidden in the tall walls of cactus that surrounded everything like an aquarium. The wind continued to blow, whistling a tune about never going to give someone up by his ear, as the breeze compelled the grass beneath him to dance. He bopped his head to this peculiar rolling music. This rickety structure of houses and bedrolls stood erect and solid. He could feel everyone’s movements making waves. Bookmark here

The image turned black and white as the sky was blotted by a giant gorilla that melted and turned into a Seraphim with three pairs of wings, rings, and thousands of ogling eyes. The moon above them glowed, despite the presence of the sun. It gave him a flying kiss, which sent a shiver down his spine. Then, a tsunami of indigo ink flooded his surroundings. It allowed him to see more than his naked eye and re-create the movements of people resting and talking behind the walls around him. Bookmark here

Slowly, he spread his arms wide to feel the air. Bookmark here

The image of his people doing things he’s too smart to explain stopped. He needed to go deeper. He snickered. It looked like he’d need to use fifty percent of his brain to go beyond. The ink that flooded everything turned red, swirled, and evaporated. Towers of cacti emerged from the ground, and the world began to expand. He looked around and closed his eyes in awe and wonder. It was as though he’s deep within the earth, gazing at the world’s constituent atoms, and that everything beyond him turned into an expanding universe.Bookmark here

He clapped once. Bookmark here

The image in his head played and continued to move. He flashed his eyes open and saw the abandoned houses beyond their compound, as well as a shadow tripping and falling over a garbage can from a distance. He blinked. It was then dragged by a couple more hands into the shadows. Bookmark here

So that’s what it was. Bookmark here

There were enemy scouts lurking around them.Bookmark here

They knew where they were. Bookmark here

They knew that they were wounded. Bookmark here

He also caught Enang walking towards the back gate alone with a fire ax in hand. She turned and shook her head upon seeing him on the roof. Uncle shrugged and waved his hand to ask her what the fuck she’s doing and why she’s acting so suspicious. Enang moved like she’s clicking her tongue and held up a peace sign. Was this some kind of tribal call sign that he’s supposed to understand?Bookmark here

Whelp. He nodded and saluted her. Better to pretend like he knew what he’s doing.Bookmark here

Uncle went back to the task at hand. He narrowed his brows and pouted his lips in deep thought. He cupped his chin for extra effect. He covered his face next and breathed.Bookmark here

Uncle imagined himself standing above a tranquil lake, making small waves with his every breath, trying not to gag like a true dragon artisan. There were still cacti in the background, growing like distant sakura trees spreading their thorns instead of their pink blossoms. Under him was a school of gorillas shaped like fish. What lay beyond him was his own beaten image sitting cross-legged. He floated, his eyes closed as he wore a duck face. He smirked. Damn. He lookin kinda hot doe. He’s wounded. He wore his scars like they were a fashion statement. His face was sore. He was black and blue. It hurt to breathe and laugh.Bookmark here

He might be in terrible condition. He tilted his head and scoffed. Terrible condition. Who was he kidding? He’s a beast. He’s the truest gamer. He could not be beaten. He could take a million of those enemies alone. That’s what he could do on a good day. But on a lesser good day, because he couldn't have a bad day, he could take maybe a thousand of them. Yeah, that sounds reasonable. Bookmark here

But that would mean that…Bookmark here

He twirled his finger and rewound the time. The image around him collapsed, shredded into fragments, and recreated to set the stage for yesterday’s fight. Enteng was beaten. Shit. He must’ve hurt more than him. Damn. He took an elbow, a punch in the face, and the brunt of a stone sword. That’s terrible. Bookmark here

He needed help. They needed help. He clapped three times. It was a prayer to the Sun God, Apolaki. He frowned and wished for power. Then, he lost his balance, rolled on the roof, and fell to the side of the house. Bookmark here 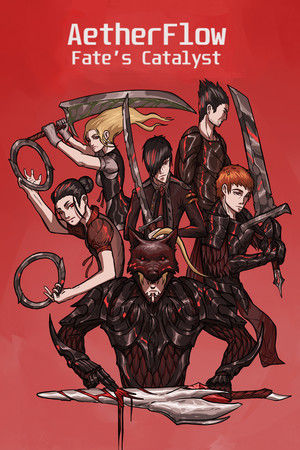 At the End of Extinction
Alexander_Leigh

At the End of Extinction

The Scarlett Dragon's Pride And Revenge