It is the month of August in Tokyo. The humidity in the air makes 33 degree celcius feel like 50 degree celcius. As Kakoroshi is sitting in a dark and abandoned alley, looking absolutely at nothing. He is a runaway. He hasn't been home for past 3 months and is deciding to either go back to his parents or not. Only thing stopping him from going back is the thought that his parents never tried to find him, actually nobody tried to find him. Bookmark here

As he finalizes his decision to go back , somebody taps on his left shoulder. He is a tall man in a white suit with a muscular body and a deep cut on his cheekBookmark here

"are you kako-, what is this nam-"Bookmark here

The person was cut mid sentence as a ball of fire surrounds him. Kakoroshi is still in shock, everything is so sudden that he can't even react. As he comes back to his senses, he sees 8 men standing around him, 4 are in black suit while 4 are in white. As he makes a run for it, another ball of fire comes straight at him though blocked by something mysterious.Bookmark here

"he needs to stay alive, don't let him die"Bookmark here

says a man who is in a white suit.Bookmark here

As he keeps running, he turns back every now then to make sure nobody is following him. there are lightning going off, fire spreading, ice freezing the road, they are chanting stuff which is not audible, there is a chaos. surprisingly, other people around are just walking past it, as if nothing is happening. The noise is enough to make someone go deaf if nearby but there are people just walking casually as if they can't see or hear anything. He keeps running, eventually reaching his home. He was purposefully running in the direction of his house. He was nearby his house in the hope that his parents will eventually try to find him and take him back home. He rings the doorbell.Bookmark here

"yes, how am I help you?"Bookmark here

His mom opens the door. She looks at his own son as if she haven't seen him before. He barges in.Bookmark here

"I am sorry to leave this house, I know I shouldn't have runaway but I am back and I won't leave you again"Bookmark here

he says this with a big smile and lifted eyebrows.Bookmark here

"I guess you have come to the wrong house, would you like to call someone?"Bookmark here

" I am sorry, I won't leave again. you don't have to punish me like these."Bookmark here

he says, still thinking that this is all a play.Bookmark here

his mom says as she already have the phone on her hand.Bookmark here

"I am really sorry on behalf of him. He is my friend who has a severe case of amnesia, this won't happen again so please don't call the police"Bookmark here

Another guy enters the house. he is also wearing a white suit and also stands tall with a lean body and a bright face. He has a firm smile on his face with decent manners and word play which convinces Kakoroshi's mother to not call the police. As the random guy continuously apologize, he tapes Kakoroshi's mouth with the palm of his hand as he slowly picks him up and leave. As they step out of the house, the random guy loosens the grip on his mouth. As soon as Kakoroshi try to speak, he is chopped on the neck which makes him unconscious.Bookmark here

Kakoroshi wakes up in a room which is lighten by fire which is surprisingly blue. There are 3 people in the room, 2 men and 1 women. Bookmark here

"it seems you have been selected as a new representative, by the way I am Kia, leader of the weather household though you won't understand what it means."Bookmark here

says the women as she stares at Kakoroshi.Bookmark here

Kakoroshi stands tall at 5'11 with a fine cut body with messy hairs and eyes which has sunken in due to lack of sleep. As he is still trying to process what is happening. The door behind Kia gets a gentle knock as the one of the men opens the door and talks with a guy who has a mask on.Bookmark here

"He has been assigned an household"Bookmark here

The man who received the information says, as his voice indicates surprise and disbelief at the same time.Bookmark here 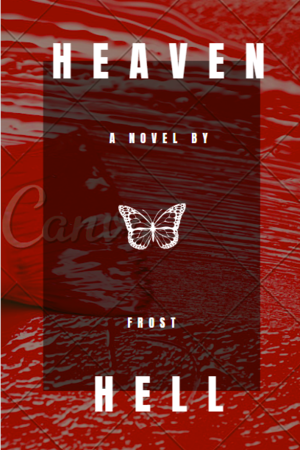