How Rodan Deals With Woruvens

Four hours had passed since he arrived at Ringo’s apple garden. In that time period, Rodan had led a number of twenty guild members to build defensive perimeters around the garden.Bookmark here

“Where shall we put these, Mr. Rodan?” asked one of Ringo’s subordinates.Bookmark here

“Plant them on the ground just in front of those,” Rodan responded.Bookmark here

“Hmm... I should check what’s yet to be put for our defenses...” thought Rodan while immediately going to the top of the safe house. There, he met Ringo.Bookmark here

“Oh, it’s running pretty well so far. Once that last group finished planting those stakes, only then we can be ready to counter their attacks,” Rodan answered casually.Bookmark here

“So far, I’ve been working these fellas to place palisades around the safe house. By using those wooden stakes I brought from home and tying them up like that, it will form a decent defense.Bookmark here

There are two layers of those palisades: a layer upfront being the closest to the cavern where those monsters are, and another layer not so far behind and being the thickest since it is the closest to her garden.”Bookmark here

“Hey, Roro... why do you have to plant those things in my garden?”Bookmark here

“Hm? Oh, those palisades serve as walls. Well, notably is to fend off horse charges, but in this case, we will use them to fend off those wolf monsters.”Bookmark here

“O-Oh, how so?” Ringo wondered. Her eyebrows wrinkled as she failed to understand what he just said.Bookmark here

“Sheesh, this is why you need to enroll at the military camp for some time and let those knights teach you a thing or two about defenses!” Rodan ranted.Bookmark here

“Why do I have to? I’ve graduated from one of the best magic academy in the capital, you know?”Bookmark here

“Hoh, then I suppose you’re one of the average, no, perhaps the lesser students, he-he-he~”Bookmark here

“S-Shut up! I-It’s quite hard to go through that phase! A simpleminded fool like you won’t understand how difficult it was!Bookmark here

...Then? I know some military basics, but I’ve never taught about building defenses like those. What are they for?”Bookmark here

“H-Huh... then that magic academy needs some improvement in their curriculum... but anyways! The palisades here will be effective since lesser monsters tend to ignore their surroundings. They’re like zombies, mindless yet aggressive to find something to satiate their hunger. With that in mind, should any Woruvens managed to slip through our frontline defenses they will likely get killed by those piercing palisades in the second layer.”Bookmark here

“I see. Huh, wait a second, ‘our’? You’re saying my boys are going to fight as well?!” Ringo yelled loudly.Bookmark here

“W-Well, sorry for that, but still... Why don’t you just use your superpowers to send them all down to hell, Roro? With you and Nono, I believe you’ll grind through them with ease.”Bookmark here

“Not a chance, Ringo. Even though we could actually deal with them just with both me and Nono, but there’s a possibility they’ll slip through without us noticing it.”Bookmark here

“Are you seriously telling my members to fight them? We’re not strong nor are we seasoned fighters,” she concerned. “I don’t want them to be killed. We’ve lost too much already and I don’t want to add salt to our injury...”Bookmark here

After all, you don’t want to hire anybody except us. I cannot guarantee I will be around at all times, that’s why this will be a small lesson for you in defending your precious lands. Because if I’m not present in one time you needed me the most, then that’s when you’ll regret everything. All of your efforts will go to waste.”Bookmark here

Ringo was silenced by his reasoning. It sounded rude, but in the same time correct as well. She stared the floor beneath her foot glumly. She realized that she couldn’t forever rely on Rodan, the most trusted man she ever had.Bookmark here

Rodan let out a long breath. Shortly, he rubbed her hair, “...But don’t worry, Ringo. I’ll place your members in the second layer. As the guild master, you’re the one going to lead them. Nono and I will fight them in the frontline while relaying information of what you people needed to do.Bookmark here

Moreover, Ruru will give the most protection of all should things go south. That’s why you can rest easy while dealing with those monsters.”Bookmark here

“...Hng. I get it. Now can you get your hands off me, Roro? I don’t want you to start plucking my beautiful hair off,” said Ringo.Bookmark here

“Heh, don’t be so cold. Hair can grow back while bodies don’t. If you can say that, then I suppose you should ready yourself.”Bookmark here

“Roro! I spotted a group of Woruvens heading here!” Nono informed him. He was on the corner of the rooftop while overseeing the region with his binoculars.Bookmark here

Meanwhile, back in the city of Gantz...Bookmark here

A young man was riding his horse out of the city in a rush. He held the horse reins in a tight grip.Bookmark here

“Rodan Rouge... I saw that bastard left the city with a cart. That road he went through leads to Astur. Heh... he’s going to be gone for some time. He can’t stop me now.”Bookmark here

The man spurred his horse, riding on the road to the opposite direction of Astur. He bore an article in his waist bag. He was grunting. His wrath was overfilling his mind.Bookmark here

“I’ve watched his movements for some time...Bookmark here

He wanted to remove Lord Stupeyd from his seat of power. He wanted to have it all by himself. Those news articles of Lord Stupeyd died out of an accident were absolutely fake. It was obvious that he was the one behind his death, but everyone quickly put their thoughts away when he saved that forsaken circus.Bookmark here

Lord Stupeyd only wanted to get rid of him. To rid this place off a moron like him! To make this city a better place... but he suddenly made a coward move! I know Lord Stupeyd’s mercenaries... I know they’d betray their master should someone else paid them higher. That bastard was Rodan!Bookmark here

With him away to Astur, he will never notice any incoming danger to him. I will go to the capital city and inform the truth to the palace. I will make sure Rodan suffers for his crimes!Bookmark here

It’s not just you who can use strong people to fight for you, Rodan Rouge!”Bookmark here

The young man cackled in his seething emotions. He wanted to see him burn.Bookmark here

Meanwhile, on the outskirts of Astur City, Rodan and the others were battling against the monsters. It’s been roughly two hours since the attack started and they managed to hold out pretty well so far.Bookmark here

Rodan was no doubt an excellent swordsman. He rinsed himself in blood while plowing through the monsters with the edge of his blade without the help of magic. His sword art was unquestionably great. He could still relax while swinging his bastard sword without having any damage.Bookmark here

Meanwhile, Nono was powerful in using the arts of magic. He used multiple barriers that formed a cube, trapping the monsters in it. Finally, he shrunk the cube, crushing all the Woruvens in that magical barrier. He also used several other magic as well. But there were some points where Nono was outnumbered and he couldn’t forever rely on magic. In that case, he switched to use weapon of his choice: a poleaxe. He used it to brush off any monsters near him.Bookmark here

“So far none of these creatures went past the first layer. I don’t know why, but these wolves were so attracted either to the stench of blood, human flesh, or magical energy. Nono’s reliant on magic will surely attract dozens of them to attack him. Meanwhile, I used my own share of tricks to attract them to come to me.Bookmark here

If this keeps up, we will be able to flush them out without a problem!”Bookmark here

Suddenly, a large group of Woruvens charged at them. Rodan and Nono was outnumbered, but the two combined their abilities to wipeout all of them.Bookmark here

“Kuh—Darn it, one of them just got past us!” Nono yelled. Bookmark here

Instantly, Rodan leapt and rolled in midair, letting one of the Woruvens ran below him. He kicked the monster so hard that it died instantly. The carcass of the monster was flung far and collided to that one Woruven which managed to get past them. The impact was so hard that it got knocked out. Ringo noticed it and used her magic to make sure the monster was dead.Bookmark here

“Uwah... his foot is tougher than my willpower...” thought Nono in his mind.Bookmark here

“Don’t lose focus just yet, Nono. There are still more of them!”Bookmark here

While the battle ensued, Rodan was thinking of something.Bookmark here

“Even though Nono and I can fend them off, Ringo was right about one thing:Bookmark here

These creatures were tougher than they were supposed to be. Wild Woruvens can be killed by a mere farmer with minimal injuries, but looking at them now... they’re actually far stronger. It’s like fighting a moderate level of monsters.Bookmark here

...Strange. Those monsters when we’re on the road were also stronger than before. It is as if they have evolved into a new species. What could’ve caused it?”Bookmark here

The battle continued on until the next hour. Finally, the wave of attacks ended. Bookmark here

The terrain was painted in evaporating carcass of monsters and blood. Most of the monsters were obliterated just outside of the outermost palisade layer. Some were killed inside the first layer while a few managed to break through into the second layer, which was quickly countered by Ringo’s magic.Bookmark here

The gardens weren’t affected by the fight, though, since Rodan had activated barriers to make sure they’re not damaged. He thought that his prize must not come to harm if he wanted to enjoy it to the fullest.Bookmark here

But... Rodan had a lot of questions to be answered.Bookmark here

“The palisades we’ve set up weren’t really effective on killing the monsters. Yes, it forced them wolves to go through the choke point and some open crevices, but that’s the main issue. How did they manage to crawl through and went over them? It literally forced us to use many magic to kill stacking monsters on the choke point...Bookmark here

It’s like they’re learning from their dead comrades. What if the next one, their attacks will be much organized? If that happens, my presence and Nono would not suffice to make sure none of them can reach Ringo’s safe house.Bookmark here 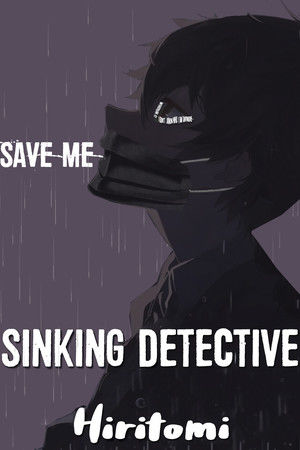