Dolly's memories roared into her mind. The gem on her chest shattered.Bookmark here

I was the scientist who triggered the explosion. Bookmark here

Runo froze in fear. Monsters from different parts of the realm jolted and stood still. Lingering monster slayers glanced around in confusion as a few others shut their ears.Bookmark here

The android emitted a powerful blast. A ring of energy escaped from her body and expanded inside the realm, toppling all sorts of trees like loose bowling pins. Grass blades were thrown in all directions. The force was so strong that several of the blades pierced through the monsters paralyzed in the decaying forest. Bookmark here

Howls of terror filled the area. Moans of pain, groans of the dying, and screeches echoed across the blackened atmosphere. The constitution of the realm started to crack, revealing the Abyss of Nothingness which had acted as a pitch-black sphere.Bookmark here

Runo felt chills trickling down his back. He tried to lift his hand or eject his tongue, but his body stiffened.Bookmark here

What the hell is this!Bookmark here

Dolly's voice rang into his head like an inescapable tantrum.Bookmark here

A silhouette appeared from the darkness that surrounded him. He barely turned, before he felt the sharpness of metallic fingers digging into his shoulders.Bookmark here

Runo coughed. His arms instinctively grabbed ahold of Dolly's, who had squeezed her hands around his neck. All it took was a blink, and he had missed dodging. He hadn't expected such brutality.Bookmark here

The android's voice reverberated inside the vast space of Nothingness. "I will never forget this, Runo!"Bookmark here

The pungent smell of deteriorated roses exited her smirk. No matter how hard Runo tried to claw her fingers away, her grip was sealed.Bookmark here

"Aw," Dolly cocked her head to the side and laughed, "What's wrong? Is this fear I sense from the man who instilled this emotion to every other being?"Bookmark here

The giggles mocked his pride. Her voice bounced off from every direction like ringing bells.Bookmark here

"Why stop at fear? What about despair?"Bookmark here

She pulled her face closer to his.Bookmark here

She puckered her lips.Bookmark here

Runo wailed, his eyes widened. The strength of a few monsters he had consumed left his body. He struggled to move. It was as if his body had failed him. His chest felt heavy, and panic crept in like an unexpected guest, ready to overwhelm his misguided senses. Bookmark here

His mind focused on one memory that had been bombarding for his attention.Bookmark here

During that meeting... when this bloody woman stood aside and did nothing like Netty!Bookmark here

But she! Dolly. Miranda!Bookmark here

His mind envisioned a smirk that escaped from Miranda's anxious face. It was brief, but enough to convince Runo that she was never the naive girl everyone had thought.Bookmark here

This time, Dolly's voice infiltrated in his head.Bookmark here

"Betrayal. How does it feel?"Bookmark here

Inside an office on the third floor of the Headquarters' main building, Aaron Collymore shuffled the papers on his desk. He scratched his head, confused. Bookmark here

Ever since Dr. Arlott went missing last week, things haven't been the same in his laboratories.Bookmark here

His eyes focused on the last paragraph. He was reading the research papers Dr. Arlott gave to him before he mysteriously disappeared. No one in the facility knew what happened to him, and this concerned Aaron.Bookmark here

Whatever the reason is, his curiosity grew as he read the scientist's writings.Bookmark here

Dr. Arlott has noted the possibility of a new movement. Had Netty destroyed her gem, the results could have been catastrophic. However...Bookmark here

He glanced at the last page.Bookmark here

Twelve of the best slayers have perished in the last four days.  Bookmark here

And Lewis Bonneville was thrown into Realm Eleven around that time.Bookmark here

He pondered. The discussion about the realms contained in Headquarters made him feel uneasy. He had attended the meeting a few minutes ago and found out that Lewis Bonneville had perished. Bookmark here

The underground facilities of Headquarters had always been the focus of experiments and realm contamination. It also served as the gateway that led recruited slayers through the Abyss of Nothingness. He was tasked to be an agent in the Headquarters, but he didn't understand why Dr. Arlott thought it was a good idea for him to work so near to the very people against his research. Bookmark here

Dr. Arlott had mentioned he was building the androids to replace humans who were recruited without understanding the true nature behind the researchers in the Headquarters. However, Netty and Dolly were the first ones to get their microchips connected to their neuron system. The scientist said that by doing so, the success rate of a perfect android increased. Bookmark here

It was just unfortunate that Netty decided to rebel. Although, for an android with clouded emotions, it was natural. Bookmark here

They were just lucky Dolly didn't do the same.Bookmark here

If Dolly ever breaks hers, it could spell the end of humanity. Unless her memories could somehow save her, then she can be our-
Bookmark here

First, it was his clattering pens inside one of his mugs. Then, his desk started to shake. Suddenly the whole room began to rumble.Bookmark here

Is this an earthquake?!Bookmark here

He fell to his knees. A loud explosion was heard, and then, screams from countless individuals rung in his ears.Bookmark here

Aaron got up and ran. His legs hurt, but that doesn't matter. An explosion inside the Headquarters would only mean one thing.Bookmark here

Did one of the realms got obliterated?!Bookmark here

He huffed as he passed a few of his colleagues down the hallway.Bookmark here

Shit! Does that mean she had-Bookmark here

His eyes widened. He paused in his tracks. Bookmark here

The building had collapsed. He was supposed to be looking at more endless rows of offices, laboratories, and doors that led to the other realms. Bookmark here

And yet, it was the sight of screaming individuals from the ground floor piled up against debris and dead bodies. He sniffed at the horrendous stench of blood and oil lingering in the air. It made him want to puke. Bookmark here

His lungs felt like collapsing at the sight of baffled people surrounded by pure madness. The remaining survivors grunted, or they'd scream for their missing colleagues and friends. Their horrifying calls for help made him felt useless.Bookmark here

What should I do?! I can't jump from this height...!Bookmark here

He saw a black silhouette exited from where Realm Eleven should've been. Instead of a door, all that's left of the monster-slaying realm was a clutter of assorted flowers. Blades were also scattered all over the area.Bookmark here

The silhouette traveled fast, to the point where it was almost a blur. The only thing Aaron saw was the shimmering twinkle of a compass earring. Bookmark here

Then, it escaped into the distance. Beyond the other buildings of the Headquarters, and into the darkness ahead.Bookmark here

A cold shiver. The sound of clanking metal. Bookmark here

And the footsteps that rattled. They dragged against the clustered mess of broken chairs, tables, equipment, and corpses. Aaron watched from above as an android appeared in his vision.Bookmark here

The dress resembled a flower, with white flaps like rose pads. Bookmark here

A few flower petals circled around her. She turned her head to gaze at the dead bodies to her left. Aaron focused on the android's face; her faded cheeks and the eyes that showcased nothing but vengeance sent excitement and chills across his body.Bookmark here

The most intriguing part of it all was her shiny skin. It was as if she was brand new. Bookmark here

"Oh my!" Aaron's ecstatic face glowed with the thrill of what's to come. "I can't believe it!"Bookmark here

Her palm flickered with newfound energy. A silver blade resembling the design of Noah’s sword formed between her fingers. She turned her gaze back at the buildings at the horizon, where Runo had likely gone off to hiding.Bookmark here

Then, she blasted herself into the new world ahead of her.Bookmark here 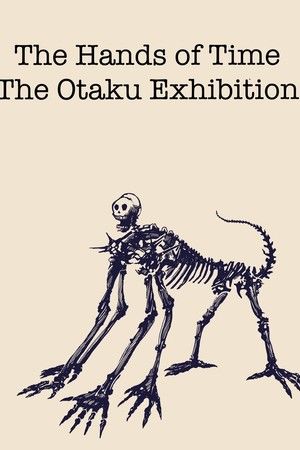 The Hands of Time