Well yes, but Haruko quickly realised it was easier said than done. Although she and Yulan lived in separate parts of the city, she had never gone to his apartment. She didn’t know where it was or how it looked. Many years ago, Haruko had asked Yulan to bring her with him instead of leaving her in the small apartment. Yulan said no, it wasn’t possible to bring her. The more Haruko pleaded, the more Yulan started to lose patience. One day, he suddenly got angry and yelled at the little girl. It was the first and last time Yulan had ever gotten mad.

“Haruko, no means no! If you ask me one more time, I won’t play nice to you anymore. Do you want that? No? Then be quiet.”

It was well past 10pm now and the streets were looking really creepy. Perhaps Haruko was paranoid because she constantly listened to Yulan talk about serial killers and stalkers while he kept her company in the apartment. It had been so long since those times. Snapping herself back to reality, she searched the nearby convenience stores and parks. Then, she walked all the way to Yulan’s workplace, the investigators bureau. The lights were off and the parking lot empty. She peered inside the building through the glass doors. It was then that she realized how little she knew about the man she’d been living with for the past 17 years. This somewhat scary realization only made her angrier. The one she was most disappointed in was herself, for being so naive.

Haruko turned around quickly. A short man wearing a beige overcoat and thick, dark glasses approached her. He had an office lanyard around his neck which read “Tokyo Local Police - Sousuke Goto - Investigator.” He looked quite familiar, though Haruko could not remember from where...

The man laughed heartily before answering.

“You’re detective Kitamura-san’s daughter, am I right? We’ve met a couple of times when he brought you to the office, back when you were a little girl. I’m his friend, Goto Sousuke.”

“Ah.. uh is that right? Oh no, I’m sorry for not recognizing you sooner.”

Haruko bowed apologetically but the man waved it off.

“Don’t you worry about it. I haven’t seen you for years now. How are you doing? What’s got you out at this hour? It’s dangerous for a young lady such as yourself.”

Haruko stuttered awkwardly. She was still recuperating from being called “Kitamura-san’s daughter.” In society, it must’ve looked that way after all. Yulan had never been the one who filled out the adoption paper though. Since, at the time, he was legally too young to adopt a child. Haruko’s case was ruled out as a “special adoption” due to her parents' sudden death. Because of that title, she was able to get adopted by Yulan on the condition that he finds another person to… Haruko suddenly frowned. The adoption process, how was it handled? She’d never questioned it before because she was content simply staying along Yulan’s side. Now that she thought about it, it didn’t make any sense at all. She was forgetting the specifics of the adoption process but… if she managed to get her hands on those papers, they would be a dead giveaway of not only Yulan’s age, but also his background. How did she not think of this before?

Sousuke’s voice echoed in her ears.

“Oh! I’m very sorry I- yes I’m quite alright. Um, I was just uh… trying to see if I could find something… that… you know, Lan-san dropped around here. He said he lost his watch or something.”

The man laughed at the familiar way Haruko called Yulan. When she was younger, Yulan brought her into the office a couple of times because she wouldn’t let him leave her alone. Back then, she would sneak around the office to find all sorts of objects for Yulan to see, mainly paper clips or pins. Whenever she’d find something on the floor she would call “Lan-san” to come investigate it as soon as possible, sending the workers into fits of laughter. Yulan took it very seriously, pulling out a toy magnifier and examining everything Haruko ordered him to.

“Really? Couldn’t you wait until the morning? I doubt you’re going to find anything while it’s dark outside.”

“Ah. Yes it’s just... It was a special watch to him, you see. And, he couldn’t come look for it himself because his… he received an urgent call.”

Haruko wanted to melt into the ground. There was no fooling a member of the police force, of all people. She barely remembered Sousuke but from the small fragments in her memory, she knew he was a well respected individual in this domain.

Sousuke raised his eyebrows as if to say “what?” but he didn’t say anything. After a moment, he pulled out a brown envelope from his overcoat and handed it to Haruko.

“Well good timing. I was going to mail this over to Kitamura-san’s but I figure I could just give it to you. They’re just work files, nothing too grand. Hurry back home now and give that to Kitamura-san. He must be worried that you’re out here at this hour, lost watch or not. I think he’ll be fine without his watch for one night. Come back tomorrow when the sun’s up.”

Haruko took the brown envelope and looked at the stamp on the front. It had Yulan’s name and address. Not her apartment address, but his personal apartment’s address. Her heart started beating fast. What luck… today of all days, learning his address like this was probably the best case scenario. Was god looking out for her???

“Thank you very much. I’ll make sure he receives it. Have a good night sir.”

She said, and the man walked away. Haruko gripped the envelope hard and started running towards the nearest subway station. In Tokyo, some routes ran until midnight. It was currently

10:50pm. She could make a round trip if she was lucky. Dashing into the underground station, she caught the first train going towards the address. She did not know what it looked like or where exactly it was, so she pulled out her old, beat-up fliphone… a rare sight indeed. She quickly dialed in Itsuki’s number. Usually, you couldn’t use your phone on the subway but it was empty. Haruko was lucky. After only two rings, Itsuki answered.

“Itsuki-chan, I have a favour to ask. Could you please search up this address on your phone? I...don’t have maps…”

“What? AHAHAHA of course you don’t have maps on that ancient flip flip thingy. Ok, send it quickly.”

There was a short pause and Itsuki’s fast typing on her computer keyboard was heard through the speaker.

“Ah yeah, Haruko-chan? That apartment is near our school.”

“Like… a few minute’s walking distance? You know that bakery we went to a couple times? Yeah it’s just past the bakery, then right behind the park. The tall building next to the weeping willow road.”

The “weeping willow road” was the one Haruko had taken every morning after getting off the subway. This whole time, she was so close… she suddenly got an ominous feeling.

“Thanks Itsuki-chan. I’ll see you tomorrow then.”

Haruko turned off the phone fast, cutting Itsuki off. She had a terrible feeling, mixed with excitement. She wouldn't know how to respond to Itsuki at the moment...

The streets of Tokyo were still somewhat busy at night so it wasn't too uncomfortable, though the residential areas were more dim. Haruko arrived at the building Itsuki described and looked at the envelope. Apartment 103. She walked quickly up the stairs, it wasn’t a fancy apartment complex with the security guards and main lobby. It was simply one of Tokyo’s many old, residential buildings. For some reason, Haruko had thought Yulan would pick a fancier place… though the apartment he gave her wasn’t really fancy either. She arrived quicker than expected but stood silently in front of the door for a long time.

She hadn’t really thought it out. What was she supposed to do now? It’s not like she could barge in there, she didn’t have the key. Should she knock? But what if Yulan opened the door and started getting mad at her? She knew she wasn’t supposed to track him down like this but had gotten taken away from the adrenaline... She placed her hands on her hips and looked around. There was a mailbox next to Yulan’s door, filled with white envelopes. Some pieces of paper were yellowed after sitting there so long. Did he just not pick up his mail? Ever? The box was overfilled, so much that some flyers had fallen to the ground. Haruko bent down and picked them up, one by one. Most were junk flyers, with the occasional letter. The letters were blank, with no sender…

“How strange. All of the letters don’t have a sender… just the recipient at this address.”

Haruko thought to herself. As she looked around the ground, a shiny, grey key caught her eye. It was stuck under the welcome mat. She laughed nervously. How could things work out in her favour so well? Was this Yulan’s apartment key? She’d only ever seen people hide keys under mats in movies. For a detective like Yulan to hide it in such an obvious location made everything seem a little fake, yet comical. Haruko stood slowly and slid the key into the door’s keyhole. Suddenly, a dog barked loudly, making Haruko jump and drop all the flyers. Her heart beat fast.

The damage was done. Haruko’s heart was beating at an irregular speed permanently now. She started to break out in a cold sweat. The ominous feeling she had felt back in the subway had returned, now worse than before. She could barely hear her own breathing over the thumping of her heart. She turned the key slowly and carefully. The door creaked open. 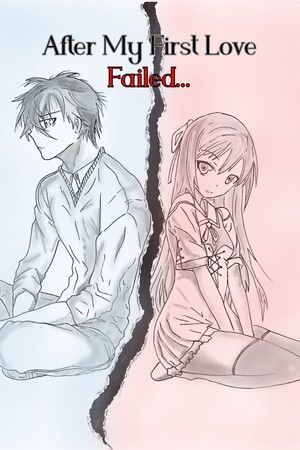 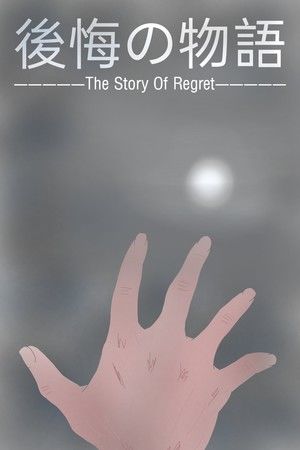