When Nancy and Crew entered the abandoned shack, they saw Kenny sitting in a wooden chair, well dressed and combed, in a suit. “Officers, surround him. Don’t let him escape” yelled Nancy. The crew surrounded Kenny, armed with pistols. “Kenny Sirius. One of the most notorious serial killers. What are you going to do?” uttered Nancy sarcastically. “You have nowhere to go. No family. No friends. What are you going to do” conveyed NancyBookmark here

“Mwuahaha” laughed Kenny sarcastically in a villainous voice. “What are laughing Kenny” yelled Fowler. “You fools” smirked Kenny. “Your suspicions may be right, but there is someone greater than me. A more psychotic, more cruel, merciless, cold-blooded killer, waiting for the right time to strike. But when he strikes, you’d have no clue what struck.” conveyed Kenny. “We met before. We understood each other. It's something greater than I could ever imagine. I am going to put myself to sleep now for a bit longer than usual. Call it Eternity. He told me to say this to you fellas.” With that said, Kenny conveyed Nancy and her crew;Bookmark here

“You feel the last bit of breath leaving their body. You’re looking into their eyes. A person in that situation is God!”Bookmark here

Saying that Kenny took his pistol, and shot himself through his throat, to his head. His brain splattered on the floor. Blood spurted from his head. Not being able to question Kenny, Nancy and her crew were dumbfound on what would be their next course of action. “No” yelled Nancy. But it was too late. Kenny was dead. The crew was speechless. Besides Kenny killing himself, they were shocked to see a person so persuading and psychotic enough to make a killer like Kenny, kill himself. Bookmark here

“I want the complete autopsy report of Kenny. Bio-metrics, particle traces everything as soon as possible. I want a complete background search on Kenny, his transportation records, his credits everything on my table immediately.” The crew was happy to see Nancy being responsible and serious for the first time. “Happy to have you back” conveyed Fowler to Nancy. “I guess yea,” said Nancy.Bookmark here

The tables were turning. It was not Kenny. There is someone greater than Kenny. He is more cruel, merciless, and psychotic. Finding him is going to be difficult. But it is all worth it.Bookmark here 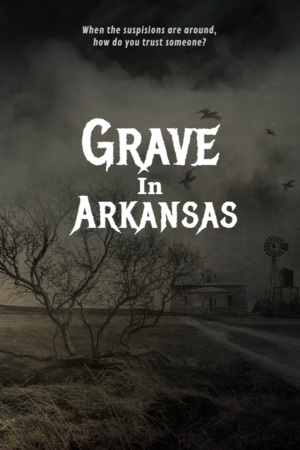